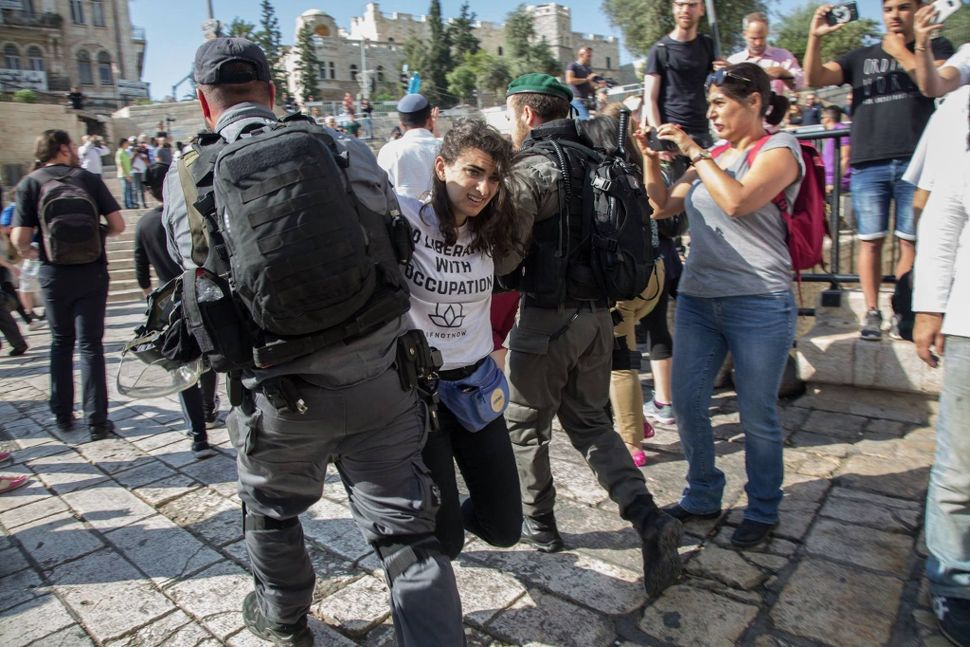 Recently, Mikhael Manekin wrote an article for Haaretz critiquing the role of diaspora Jews in anti-occupation work. Manekin accuses American Jewish activists of not working together with local forces on the ground in Israel and Palestine. However, both actions he criticizes, the rebuilding of a Palestinian village in the South Hebron hills and the disruption of a nationalistic right wing march in East Jerusalem, were conceived and carried out by a coalitions of activists in Israel-Palestine, though they included organizers from abroad. I had the honor to take part in both actions, and to be one of the organizers of the Disrupt Jerusalem Day event together with other activists from the local Free Jerusalem and from the Diaspora groups IfNotNow and All That’s Left.

But a greater issue than the factual errors is the dangerous connection that might be drawn between Manekin’s remarks and the occupation itself.

It is important to note that both of the actions Manekin describes took place beyond the green line, where Israeli control is undoubtedly illegitimate. These actions, and the groups that took part in them, target the occupation — and the occupation is not an inner Israeli debate. The fact that American Jews “do not pay taxes, vote and elect representatives” in Israel is unimportant; Palestinians do not vote either. Manekin’s remarks imply that there is a democracy between the river and the sea which should not be interfered with; this is of course not true. There is no sense in drawing examples from the internal-political struggles against Trump in the U.S. or Brexit in the U.K. because the occupation is an international issue involving many people living in Israel-Palestine (including millions who are not citizens) and outside of it.

As Jews, whether we were born here, are living here, or come visit, we must remember not to take ownership of the Palestinian struggle for freedom. We must not put ourselves in a place to decide who is allowed to speak up against the occupation, who should be headlining, and who only supporting. We cannot own the struggle at Damascus gate or in Sarura, because none of us, Manekein included, are the ones who suffer the consequences.

I am happy that the activists who came here chose to work together with me and my friends in various grassroots activist groups and with our Palestinian partners. I am happy not because I feel that this is what they must do but because their involvement here has left me feeling empowered. From what I have heard, our joint actions have had a powerful effect in Diaspora communities, but they were also felt here on the ground. In the ten years that I have been active in Jerusalem, I have rarely felt the way I did during Disrupt Jerusalem Day. This year, we did not only stand by and film or protest as the Old City was occupied even further by violent police, vandalism and racist chants such as “Death to the Arabs.” Instead, we linked arms and stood our ground in solidarity with our Palestinian neighbors. In the South Hebron Hills, the Sumud camp still stands in Sarura, and the ties between anti-occupation activists continue to strengthen.

I do hope activists, be they Jews or not, choose to come here and strengthen our community of resistance — not because they must, not because they need to learn Hebrew, not because I think they don’t understand or for any such reason. I hope they come and link arms with activists here simply because together we are stronger.