And You Too Must Love The Convert 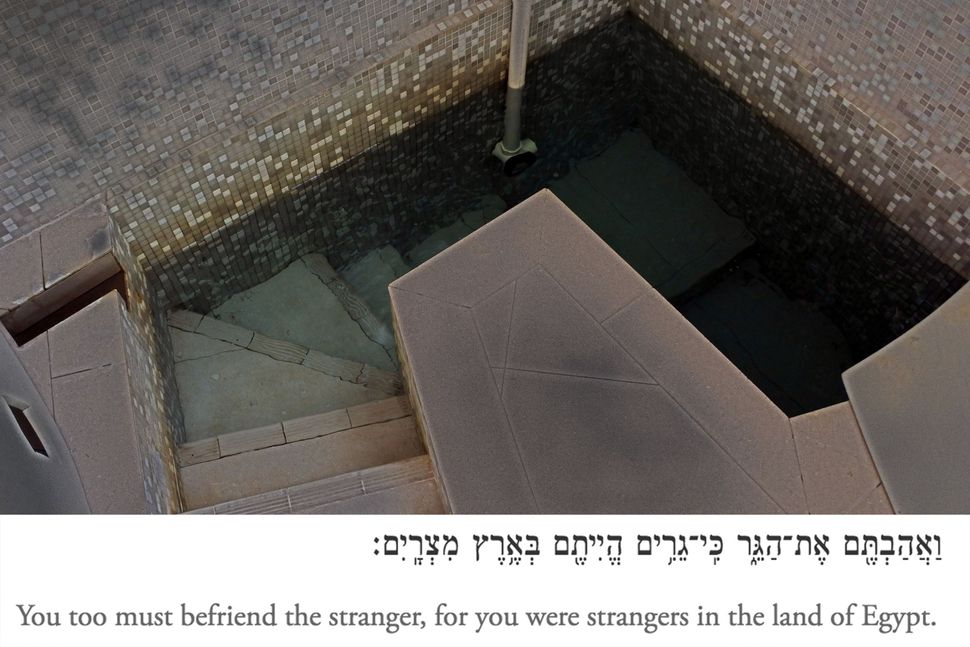 “She is hoping to convert” a parent recently told me about their son’s non-Jewish girlfriend.

“That is great news! Why do you look so disappointed then?” I asked.

“I don’t know. I just am. I paid all this money for Jewish day school and this is what we get…” he responded.

He didn’t have to say anymore — I knew he was distraught over his son not marrying someone who was born Jewish. Unfortunately this an all too common response within the Jewish community towards conversion, especially from family members. While Judaism is certainly not a proselytizing religion, our tradition emphatically demands us to love the convert. With intermarriage rates continually increasing and Jewish engagement falling, it seems to be a precarious moment that is making it more challenging and unwelcoming to become Jewish.

Rabbi Joseph Telushkin argues in his book, Hillel: If not now, when, “For long centuries, the inclination of rabbis has been to emphasize the difficulties of being Jewish, to teach that Judaism is not interested in non-Jews assuming a Jewish identity, and to discourage converts…All that this strategy will guarantee today is that Jews will become a smaller and smaller people, much less capable of using Jewish tradition to make an impact on the world.”

This is not about compromising Jewish law (it’s actually more aligned with it)— it’s about a change in attitude to be more reflective of our actual values. We can make Judaism more inviting and accessible without altering the seriousness and rigorousness of the conversion process. Do we honestly think that Hillel jeopardized the demands of Jewish law when he immediately accepted a convert who demanded to be converted on the condition that he was taught the entire Torah while standing on one foot? What about the sages of the Talmud who also immediately received converts after they accepted the inherent danger in being Jewish?

My work with converts has been both the most rewarding and painful aspect of my young rabbinate. I’m constantly inspired by their enthusiasm, curiosity, and dedication to Judaism that converts continually exhibit. I am also profoundly moved by the conflict and sacrifice this process demands. At the same time, I hear tragic conversion horror stories — Jewish parents wrongfully conflating conversion for intermarriage, and of course rabbinic abuse of power.

The Conversion Bill that the Israeli government approved last Sunday is just the latest example of such violation. The bill not only strips Jews of their Jewish status but it will undoubtedly dissuade thousands of potential Jews in the future. Why should everyone be forced to undergo an ultra-Orthodox conversion? This is not only inappropriate but a gross violation of our ancient sources. It’s as if we’ve forgotten that compassion is an identifying marker of the descendants of Abraham and that King David was a descendant of a convert (Ruth).

Denominational tension will always exist, especially as it relates to conversion issues, but perhaps we can all agree that a spirit of openness towards converts is non negotiable. If we truly believe in the redemptive power of Judaism and its ability to transform the world for the better — why would we turn away dedicated people who want to help bring that vision into reality?

And You Too Must Love The Convert