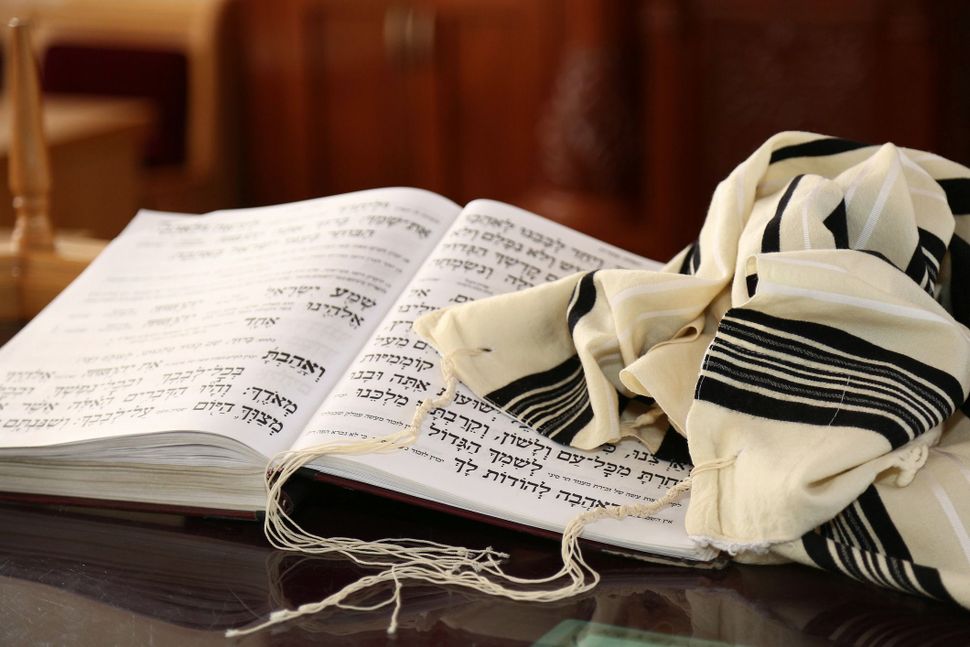 To me, being religious, in our contemporary conception of society, means making the invisible person visible and the unheard person heard. It means that in the constant journey to learn, one seeks moral refinement in each moment, all the while acting with kindness and humility towards all. One boldly leads from the inside out: inner transformation towards outer transformation. One walks with halakhah (Jewish law) as the primary tool for civil progress. We allow intellectual skepticism into the flock, in a manner that empowers and liberates rather than paralyzes through doubt and fear. Thus, to be religious means bringing heaven closer to earth, for indeed there is no moment devoid of holiness and no moment empty of the potential to courageously bring forth the ultimate redemption.

But that’s just my view. In order to strengthen and broaden my own outlook, as well as to prompt others to think more deeply, I asked members from the new Progressive Orthodox rabbinical association Torat Chayim what they thought about the question: What does it mean to be religious today? I received the following responses, all of which are fascinating, considerate, and thought-provoking. I think you will agree.

“One of the most challenging moments of my life was when I realized that my practice as an Orthodox Jew has little to do with belief in God. In a surreal experience, I have found myself wondering if Orthodoxy is what God really wants from us and if the Torah is really the ultimate truth. But I concluded that it doesn’t matter since I’m happy with this way of life independent of whether or not there is such a thing as Divine revelation or covenant. I enjoy studying Torah and there is nothing that interests me more than Gemarra and poskim. My children are growing up with great values and I see that this is good, despite my challenges with emunah (faith). But Ki Nafalti Kamti — Had I not fallen I never would have gotten up.”

“To be religious is to continuously fail at being a holy human being. It is to never give up the attempt to grow in our individual and collective midot (character). It is to bring the light of oneness into the dark places of our world. It is to insist upon the presence of meaning in the midst of absurdity. And, while we are engaged in all of this, it is to recall those around us with clarity and compassion.”

“Synagogues — whether Orthodox, Conservative, or Reform — are no longer His primary residence. Surely, while some of the worshippers are pious people who try to communicate with their Creator, overall, the majority of these places have become religiously sterile and spiritually empty. So God is moving to unconventional minyanim (prayer groups) and places such as Israeli cafes, debating clubs, community centers, unaffiliated religious gatherings, and atypical batei midrash (houses of Jewish study). The reason is obvious. In some of those places people are actually looking for Him. And that is what He loves; not those who have already found Him and take Him for granted. He is moving in with the young people who have a sense that He is there but cannot yet find Him.”

(Translated from Hebrew): “My compass for the meaning of being religious is simply the order of the Torah. It begins by realizing the image of God that we have built, recognizing that this is the image of God. It continues with practicing moral behavior (the seven Noahide laws). Being religious is to make an alliance with God, in the way of Avraham Avinu — the covenant of the seed, the land, and with God (Chapter 17), and to keep the way of God to do charity and justice. Hence the covenant with the nation — Pesach. Giving the Torah and responding to the Ten Commandments and the Mishpatim. And most importantly — “His neighbor shall be sought and brought there” — the constant search for the connection with God, the resting of the Shekhina (divine presence), the realization of holiness and purity, etc.”

“As bearers of the Abrahamic destiny, religious life today — and in all days — is meant to push us to be Ivriim — to be on the other side. The counterpoint, the gadfly, or the other are often lonely and sometimes perilous. But life would be dull, indifferent, or, at worst, devoid of value, were we all to look and think of life with the same view. Halacha, the path of Jewish law, often thought of as a lifelong journey, is — in this sense — more of a location, where the ethos of the other finds its home. The Halacha needs to be near enough, however, to the way of the world – dibra torah kilashon bnei adam (The Torah speaks in the way of mankind) — otherwise, there is no orienting point from which religious life can serve as its counter.”

(Translated from Hebrew): “To constantly strive to listen to and hear the voice of God that is revealed to us, Through the Torah and its commandments,

Through the human conscience resulting from the image of God in man,

Through the “constant revelation” expressed in the positive developments in the world,

Through the humble attempt to understand God’s hand in the history of our people in recent generations (such as education, secularization, Zionism, the Holocaust and rebirth). And through the moral obligation that comes to us from the seeking gaze of every person created in the image of God.

“To be religious today is to act with loving kindness toward others and self, to care for the planet and all its inhabitants, to be an ‘image of G-d’ by acting with humility and consciousness and, thus, bringing others closer to the ideal of holiness and the pursuit of Torah; it is to care for those suffering systemic injustices and advocate for equal opportunities for all. Moreover, study of Torah in all its depth, engaging nature, and the kind deeds of humans reveals the manifestation of G-d who is the mysterious Ein Sof (without end), present in all the complexities and darkness.”

“Judaism is the religion of life; every recommended act — ethical or ritual — is intended to add to the quantity of life in the world or the quality of life. In other words, halachah is about shaping every act in life so that it maximizes increasing the quantity of life in the world and/or the quality of life in the world while minimizing death or the degrading of life that can be present in any action. Further, in an age where God is profoundly hidden, the best way to encounter the Presence of God is to seek out, help, and respect the human image of God. Where the image of God is identified, treated with respect and aided, there God is close and can be found.”

“The universal core of religiosity is the deeply held sentiment that the apparent reality given to us by our physical senses is incomplete. There is another, purer reality to which our inner senses, intuitions, and hearts are attuned. When we nourish this religious faculty, we come to see ourselves as instruments of divine revelation and, at the same time, imagine a better world which does not yet exist but to which we can strive.”

“Holding my religious beliefs and values within me in my core while seeing the spark of God in each and every person.”

“To be a religious person today is to feel the warm breath of the Divine on one’s back, to be responsive to that personal yet transcendent Presence and to act responsibly toward all of God’s creatures. It is to feel deeply that human life has purpose and sanctity, even in the face of absurdity and tragedy, and that each human action, no matter how small, possesses meaning. It is to understand that every human being is created in God’s Holy Image and to treat others with dignity, seriousness and tolerance. It is to strive to fulfill the sacred obligation to leave the world a better place than it was in the past. Simply, it is to acknowledge and commit oneself to God’s ethics, authority and infinite Divine investment in each human life.”

“Aspiring to be religious is what I usually answer when people would like to pin me down to a denominational label. It’s a process of becoming what Hashem put me here to repair: brokenness in myself and in the world around me.”

“To be religious in today’s world is to fight apathy with empathy, to counter hatred with love. It is to acknowledge suffering and injustice wherever it is found and seek to build and rebuild; it is to see Godliness in all of creation.”

“For me, to be a religious person means to be open and sensitive and humble concerning everyone that I don’t know. It is an awareness of the vastness and multiplicity of everything that is out there in God’s universe, including that which is part of human society and the multifaceted nature of human understand and lifestyle. To be religious is to always be listening and never pre-judging, always willing to struggle, learn and grow. If God is the infinite kaleidoscope of partial truths always rebalancing and realigning, then to walk in God’s footsteps is to be constantly expanding one’s sense of truth and rebalancing the relationships between the partial truths we hold to be dear.”

“To be religious means, for me, to be courageously honest, persistent and compassionate in my pursuit of closeness to the ultimate reality of Ein Sof. It means relentlessly questioning everything that happens within me and around me, and constantly trying to improve reality, to bring it closer to its Source, by seeing and empowering the good inherent in it.”

As a group, we acknowledge that there are many ways to be Jewish, and certainly many ways to be religious. I hope that in sharing these short, thoughtful replies, we are prompted to reflect more deeply on the meaning of our religious lives and to strive for deeper authenticity while re-affirming a life of moral and spiritual growth. And now we invite you to share: What does being religious today mean to you?