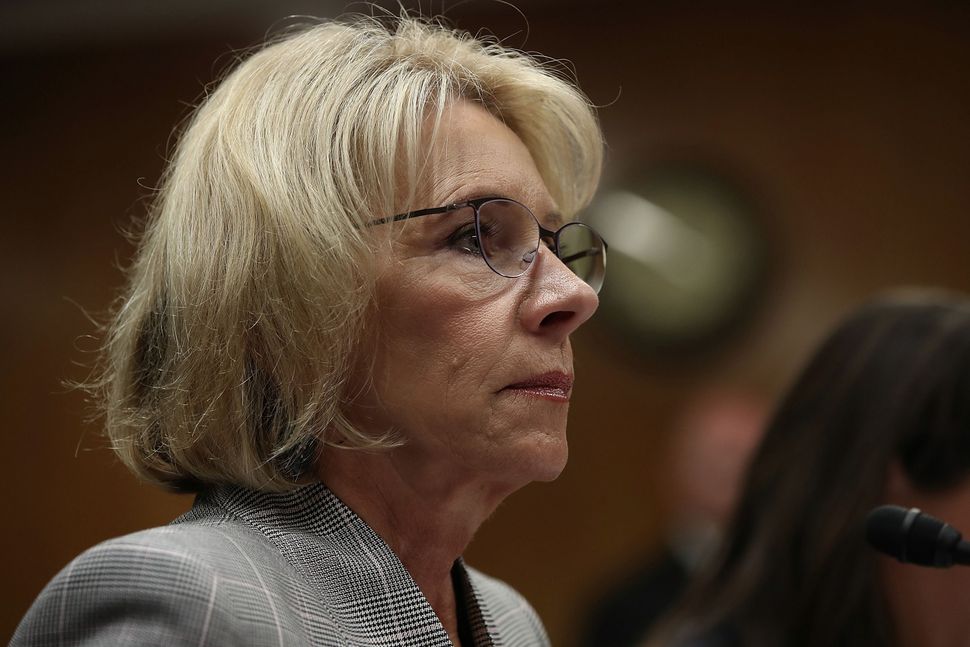 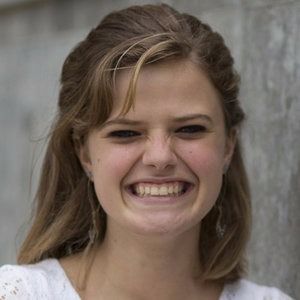 Dear Betsy DeVos (and the Department of Education and Trump Administration),

You don’t know me, but I am one of the billions of people who live in a world where sexual harassment, sexual violence, and relationship abuse are a reality no matter our age, gender, race, sexual orientation, or political affiliation. I feel incredibly angry and here’s the short version why: my “normal” (and that of millions of females, males and non-identifying folks) shouldn’t be normal in the first place. It shouldn’t be the status quo to have to live in fear on a daily basis as we walk down the street, on our college campuses, in our own homes, or anywhere, for that matter. It shouldn’t be normal that my roommate turned to me last year, when we lived with three other girls, and said, “Erin, the 1 in 5 statistic means at least one of us has been or will be sexually assaulted.”

It shouldn’t be “normal” that almost all of my friends, living in the US and abroad, are survivors of sexual violence and/or relationship abuse.

I don’t have enough fingers to count the number of times I’ve had friends disclose to me about their assaults, nor the countless amount of times my loved ones have texted or called me sobbing because of their experiences with victim blaming, seeing their rapist on or off campus and waking up in the middle of the night from PTSD-related nightmares. It angers me how normal it is that a piece of my friendships includes bringing support signs to my friends’ performances for the Vagina Monologues (for four years in a row) as they talk about gender-based violence and planning Take Back the Night events in order to create a safe and supportive spaces for survivors on my campus when most often nowhere else feels safe to them. I am angry because I don’t want any of this to be our “normal.”

We are all really tired, and so very angry that this is our normal. So we are asking that you, the rest of the Department of Education, and the rest of the federal government to listen to us. You must stand with us in normalizing the statement, “I believe you, and I am here for you.” How do you support survivors?

Betsy DeVos, you start by believing them in the process of creating and building a community of care and support, and you do your job. You uphold all Title IX protections and maintain consistent accountability for institutions to support survivors; you keep in place guidance from the 2011 Dear Colleague Letter (DCL) that was issued by the Department of Education. The DCL gives us the language to articulate how educational institutions must provide support, accommodations, and resources for individuals who no longer feel safe. It specifies procedures to seek justice and campus-specific advocates. This document provides written language that we can turn to when institutions have failed to represent survivors’ best interests. It has given me a basis of identifying the failures of the reporting system and identification of Title IX violations when dozens of friends, and strangers who reached out to me after Take Back the Night each year, have spoken to me about the unanswered emails and unanswered phone calls as administrators failed to respond even though students followed the exact procedures for filing a report on campus against their rapist.

Upholding the DCL and Title IX protections is critical for creating cultural and institutional change. It requires timely responses to reports filed students and administrators, and it treats assault cases as civil rights cases especially in terms of the evidentiary standard. According to the Department of Education’s website for Dear Colleague guidance, “a school’s grievance procedures must use the preponderance of the evidence standard to resolve complaints of sex discrimination.” If you were to overturn DCL, sexual assault cases at universities would be treated as criminal ones and therefore switch to the beyond a reasonable doubt standard, which would decrease the amount of individuals who report because they fear not receiving justice when the system would immensely be stacked higher against them. Other things included in the DCL include, “examples about key Title IX requirements and how they relate to sexual violence, such as the requirements to publish a policy against sex discrimination, designate a Title IX coordinator, and adopt and publish grievance procedures.” The DCL represents a federal system-wide acknowledgement that survivors’ experiences are valid, real, and believed.

There is something powerful in federal support of survivors, and it is critical that Betsy DeVos and the Department of Education acknowledges the importance of upholding federal protections that have the capacity to keep survivors from dropping out of school. Verbal and written support of survivors conveys the powerful statement of “I believe you.” For me, the power of federal belief and support of survivors was astoundingly clear when I sat in a room of advocates and federal government staff during the It’s On Us White House Summit earlier this year. As you hear the power and passion from advocates in the federal government, such as that of Tina Tchen, Valerie Jarrett, Catherine Lhamon, and Vice President Joe Biden, the feeling that comes from hearing how these leaders articulate the importance of organizing against gender-based violence and their commitment to fight alongside us beyond their political term limits, was something that can’t be described. But it’s something that carries immense weight, power, and belief to say the least. The DCL and Title IX protections carry these too, and they must not be overturned because every individual who is one of the 1 in 5 or 1 in 16 statistics deserves to be believed by the federal government.

Betsy DeVos, I ask you to listen to us — survivors and allies — who are also sisters, brothers, best friends, and loved ones among other identities. I ask that you do your job by listening to your constituents no matter political party affiliation because sexual violence is nonpartisan. We ask you to hear the stories of individuals who are more than just statistics, and think about the faces behind those who have received justice and resources, guaranteed by Title IX and the DCL, from their universities. We also ask that you read the stories of survivors who took their own lives when their institutions failed them. We ask you to fight alongside us to make this world a safer and justice-driven one for all of us.