Don’t Judge Judaism By The Jews 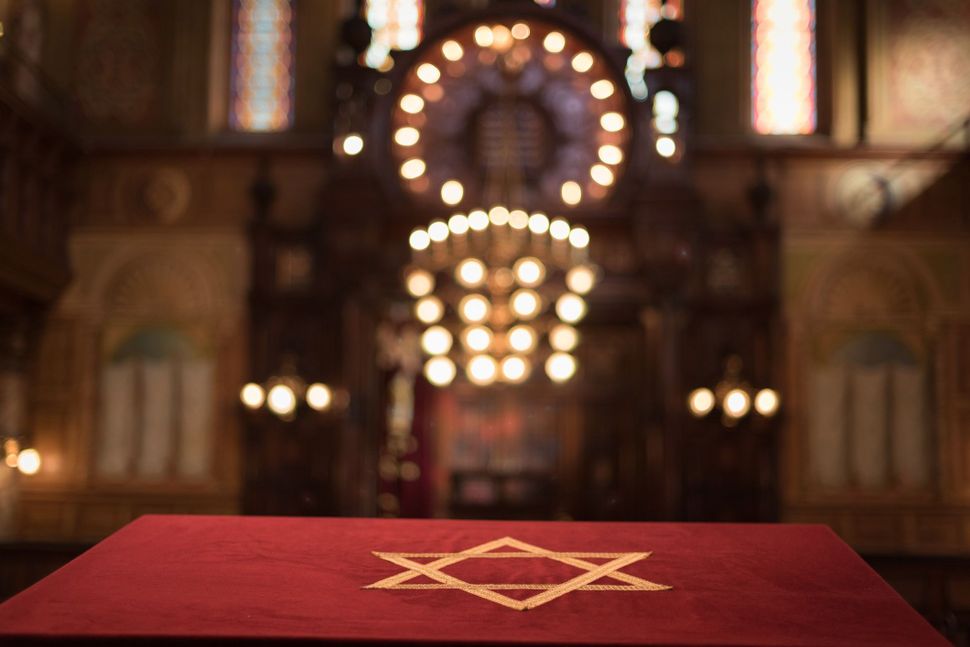 Throughout my years in Jewish outreach I have heard the phrase “Don’t judge Judaism by the Jews” utilized numerous times in response to bad behavior exhibited by religious Jews. I have even employed the expression myself once in awhile. The problem? — The words have always rung somewhat hollow in my ears. For as much as there lies some philosophical truth in this expression (after all, it is not necessarily the fault of a religious system when its adherents make sinful choices of their own free will), the dynamics of human cognition perceive it quite differently. Jews, and non-Jews for that matter, judge Judaism by the actions of Jews!

Maurice Glazer, a savvy, active 77 year-old man I met earlier this year, shared with me his story of adolescent Jewish disenchantment, a story that is unfortunately not uncommon, and a disillusionment that finds its roots, not surprisingly, in the actions of Jews, not Judaism.

Maurice, or Morey, as he is known to his friends, loved his Yiddishkeit as a young boy. He diligently studied his Jewish studies, even tutoring others as he got older, and imagined that rabbinic or cantorial school might be in his future. Like most other boys nearing bar mitzvah age, Morey began preparing his readings many months before his date with Jewish manhood, and had his Torah portion ready on the early side. Unfortunately, the family’s synagogue informed the Glazer’s that there was a last minute hiccup with their reserved bar mitzvah date. A wealthy family had recently moved to town and they wanted Morey’s bar mitzvah date for their twins, even offering the synagogue a hefty donation of many thousands of dollars for the privilege.

The family was asked if they would share the date and split the portion in three to accommodate all three youngsters. When it became evident that Morey wasn’t open to giving up on the leining (Torah recitation) that he had already prepared, it was made clear to the family that the synagogue wasn’t really asking. The shul needed the money and that was that. Morey ended up finding another synagogue for his bar mitzvah, but the message from his childhood synagogue rang clear to him — Judaism wasn’t about lofty ethical ideals, or rapturous prayer. It was, as Morey would emotionally share with me some fifty five years after the fact, “all about the money.”

The rest of Morey’s life reads like many future Jewish American family assimilation narratives. He had three biological children, only one of whom received a bar/bat mitzvah, and none of whom married Jewish, and three stepchildren, only one of whom married Jewish. Morey sees the bar mitzvah debacle as the beginning of the end of his Jewish love affair, and the distant source of his children’s lack of investment in their familial religion. As Morey puts it, “I tended not to be strong enough to force them back into the circle of Judaism.”

These days, Morey involves himself with all sorts of Jewish philanthropic causes, regarding these good deeds as a way of “making up for his past” (he also asked that I use his real name for this article to warn others of the dangers of not educating one’s children in their heritage at a younger age).

Morey, like most others, wouldn’t or couldn’t distinguish between Judaism and Jews. If Jewish representatives could put money over principle, then the system they represented wasn’t worth his time or his commitment.

I have also found that the opposite is true. Whereas I had quietly hoped that most ba’alei teshuva (newly observant Jews) found themselves primarily aroused by the search for truth and a recognition of the Torah’s G-dly nature (call it the search for empirical truth), the reality, as I would quickly discover, is that the positive experiences that they encounter with observant Jews and their Jewish practice are of central influence (call it experiential truth). Delicious cholent at a Shabbos table holding greater sway than lengthy late night conversations on the historicity of the Sinai revelation (It’s worth noting that this is all the more understandable in light of recent discoveries in neuroscience that find the hugely significant part played by emotion in decision making).

I believe that it is for this reason that the Torah is so concerned with our public behavior. The sanctification of G-d’s name, “and I shall be sanctified amongst the Jewish people” (Vayikra 22:32), certainly in contention for foremost positive commandment in the Torah, and the desecration of G-d’s name, “And you shall not profane my holy name” (ibid), considered by Rabbi Akiva as a sin for which no repentance is available.

You see, even as we regard the Torah as the faithful transmission of the divine will from Sinai, and inasmuch as we consider ourselves on solid intellectual ground in this belief, it is not like an algebraic equation, mathematically impervious to all lines of questioning and skepticism. The Torah does require an element of faith, however small that may be.

And it is precisely because of this “faith gap” that the experiences we have with observant Jews makes all the difference in the world. A positive experience with a religious individual or community closes the “faith gap” and ignites that long dormant, yet ever-present spark of emuna (faith) found in every Jew, and a negative Jewish experience widens the gap and makes it all that much more difficult to find the way home.

The voice of the Almighty is described by the prophet Eliyahu not as a loud “boom,” but as a “still small voice” (Melachim 1 19:12). It’s a voice that gets easily drowned out by the the many noises of life, all vying for our attention. It’s a voice all that much more challenging to hear when you’re not aware of its existence. It’s a voice that many of our fellow Jews need help detecting. It behooves us to be the kind of people that lead the kinds of lives, both privately and publicly, that amplify G-d’s voice, helping newcomers hear its sweet sound and make the “leap of faith.”

Don’t Judge Judaism By The Jews