How One Interfaith Family Found A Home At Synagogue 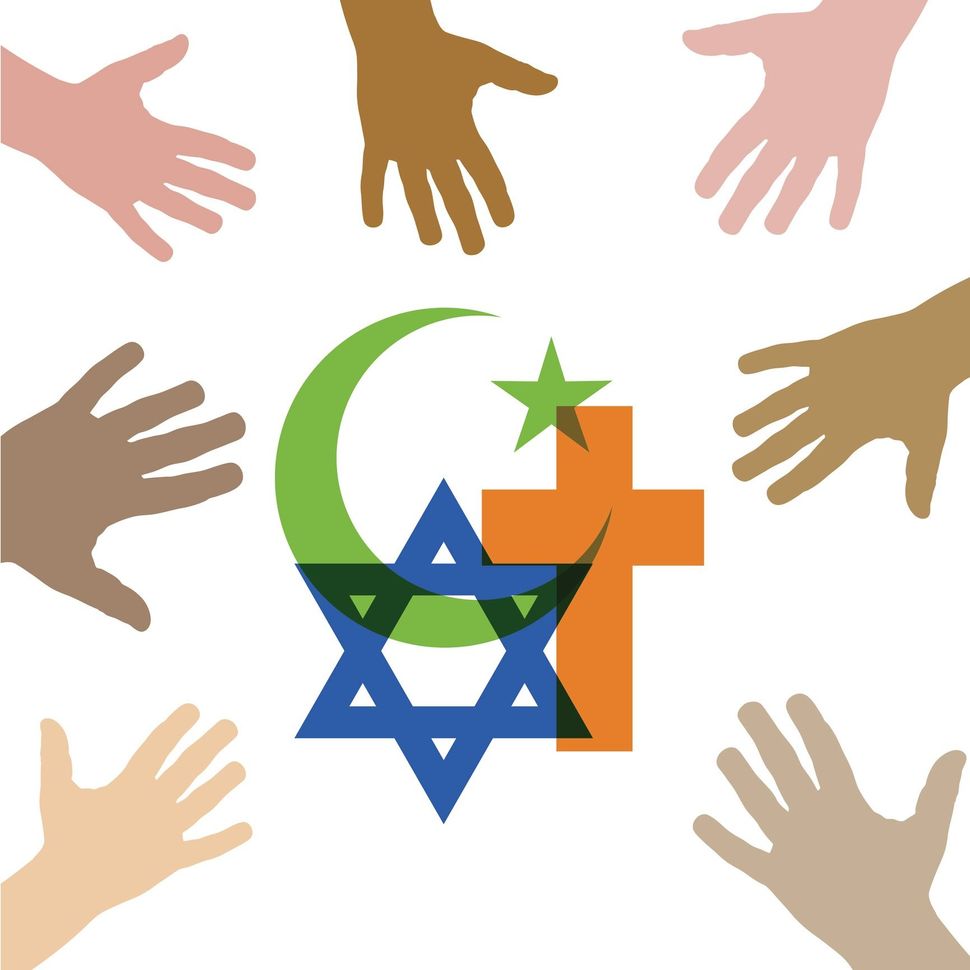 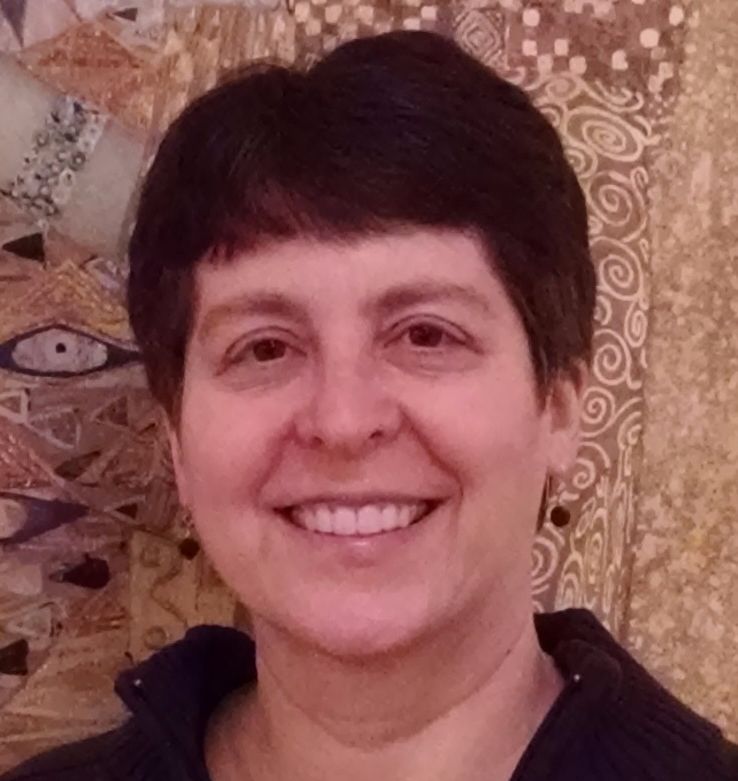 For my husband and me, preparing for our wedding almost 30 years ago was a turning point. I was raised Reformed but no longer lived near my childhood Temple, nor had any connection to anyone there or to institutional Judaism at all. My husband, who grew up Catholic but was no longer practicing, was supportive of my desire to be married by a rabbi, to please my family and because I did feel a strong and positive connection to my Jewish heritage. However, my first attempt at finding a rabbi was met with a judgmental, resigned response. Although the rabbi I spoke to did suggest someone, it was clear that he had as much disdain for the rabbi he named who was willing to marry an interfaith couple as he did for the choice that I was making. Had we not found a wonderful Reconstructionist rabbi through a friend, who turned the whole process into a positive experience for both of us, that could have been the end of Judaism for me. I would still have identified culturally, but I could easily have written off organized Jewish life, as so many disenchanted Jews choose to do. However, after several meaningful planning meetings with Rabbi Linda, we had a lovely Jewish-style ceremony complete with Hebrew prayers and a chuppah made from ribbons woven together by our friends. (My husband’s idea.) And we were both left with the feeling that there was room in the Jewish community for us, if we chose to pursue that.

Several years later, we were invited by friends to join an Interfaith couples group at a local Reconstructionist synagogue. My husband and I were immediately made to feel welcome by our rabbi at the time, who facilitated the group. Soon after, when we decided we were ready to join a synagogue so that our daughter could go to Hebrew school, our choice was an easy one, since we had already found our Jewish “home.” If my husband and I had not felt welcome and accepted by the community, our time there would have been short-lived, and, again, I could have walked away from organized Judaism and never looked back. But instead, the opposite occurred. Not only did my daughter receive a Jewish education, but I did as well. Because of the inviting programs at our synagogue and the surrounding Jewish community, I have been more Jewishly involved and aware than I ever was, or ever imagined I would be. As for our Interfaith couples group, a number of us are still meeting after 25+ years, but long ago we became more of a social and general support group, because any interfaith-related issues that arose in our lives were so comfortably and satisfactorily resolved.

I know that one of the big fears is that if a Jewish person chooses to marry outside the faith, that person and their children will be “lost” to the Jewish community, and will no longer affiliate, participate, or identify as Jewish. But it is clear to me that the attitudes and expectations of rabbinic and congregational leadership regarding the issue of interfaith marriage become a self-fulfilling prophecy. If a congregation sets an inclusive and welcoming tone for interfaith families, then there is no reason why those families can’t and won’t participate in the life of the community as fully as any other members. On the other hand, rabbis and congregations who are focused on their concern about the interfaith marriage “problem,” and whose attempts to be open are half-hearted and insincere, will never be able to encourage or experience the truly positive results that are possible in the right environment.

At our synagogue, we have had Jewish members in interfaith marriages who have been on the board, have headed and participated in various committees, organized and led healing services, performed music at Shabbat services, sung in the choir, taken adult ed classes, and so on. We have a number of non-Jewish spouses who have opted to convert to Judaism – not because they were pressured or even necessarily encouraged to do so, but because the Judaism they experienced resonated with them, and they made the choice to convert for their own personal enrichment. These Jews-by-choice have been fully involved in synagogue life, probably more so than the “average” Jew-by-birth. Perhaps most importantly, our non-Jewish husbands and wives who have not chosen to convert have nonetheless provided invaluable support in raising our Jewish children, and have been embraced as active members of our Jewish community.

As for our commitment to raising Jewish families, our children have become Bar/Bat Mitzvah, and the non-Jewish parents were every bit as proud on those special days as the Jewish ones. Many of our kids continued through confirmation, some attended Jewish summer camps, quite a few have been on Birthright trips, some became involved with Hillel or other Jewish organizations at college, and one even came back to direct our synagogue choir. To the best of my knowledge, every one of them identifies as Jewish. Their level of engagement varies, just as with the children of Jewish-Jewish marriages, but their place as members of the Jewish community is clear.

So, then, what comes next? As these children of interfaith families approach marriage-age, will they choose Jewish spouses for themselves? Probably no more, although very possibly no less than their peers with two Jewish parents. But that is not the appropriate question. The question is will they, and all Jewish young people regardless of their family backgrounds, find in Judaism and the Jewish community something that is meaningful and valuable for them? And if they do choose a non-Jewish partner, and try to find a rabbi to marry them, will they be accepted and counseled warmly and openly? Will their interest in honoring their Jewish heritage with a Jewish-style wedding be respected and appreciated? Or will they be made to feel that they are being judged for marrying the person with whom they have fallen in love, who happens not to be Jewish? Will they feel unwelcome in the very synagogues and communities which raised them?

These are some of the turning points that Jewish leadership needs to consider. It’s clear that Jews of all backgrounds are less and less likely to affiliate – with so many other demands and opportunities competing for their money, energy, and time, and other types of communities they can choose to be a part of. Instead of worrying about how to stop intermarriage, and how to stop Jews from leaving the synagogues, it is much more productive and effective to think about how to embrace and encourage anyone who is open to Jewish community life. Promoting Jewish summer camps and Birthright trips are terrific ideas – not specifically to encourage “in-marriage,” as some people imagine, but to engage young people in Jewish life in ways that are positive and meaningful to them, regardless of their ultimate choice of a mate. Congregations should continue to reach out to members, and potential members, with activities that are not just religious in nature – such as music and dancing, social action, field trips and outings, discussion groups, adult ed and so on. It’s important to accept that each person is entitled to choose the right level and type of involvement for them, and expressing even subtle disapproval toward someone who isn’t “religious” enough – doesn’t attend services, didn’t marry another Jew, etc. – will only drive them further away.

The reality is that widespread interfaith marriage is here to stay, and that’s a good thing, as far as what it says about our acceptance as a people into mainstream American life (despite recent incidents to the contrary, stirred up by the current political climate). As everyone should be, we are free to follow our hearts and choose our partners without restrictions. The lesson to be learned is that this is not a problem, but rather an opportunity to find creative, positive ways to offer engagement in Jewish life to all who are interested.

Debbie Karl is enjoying early retirement with her husband. She facilitates healing services at her Reconstructionist synagogue, as well as participating in other activities that feed her heart, mind, and spirit, such as attending plays and concerts, doing international folk dancing, and playing the ukulele.

How One Interfaith Family Found A Home At Synagogue