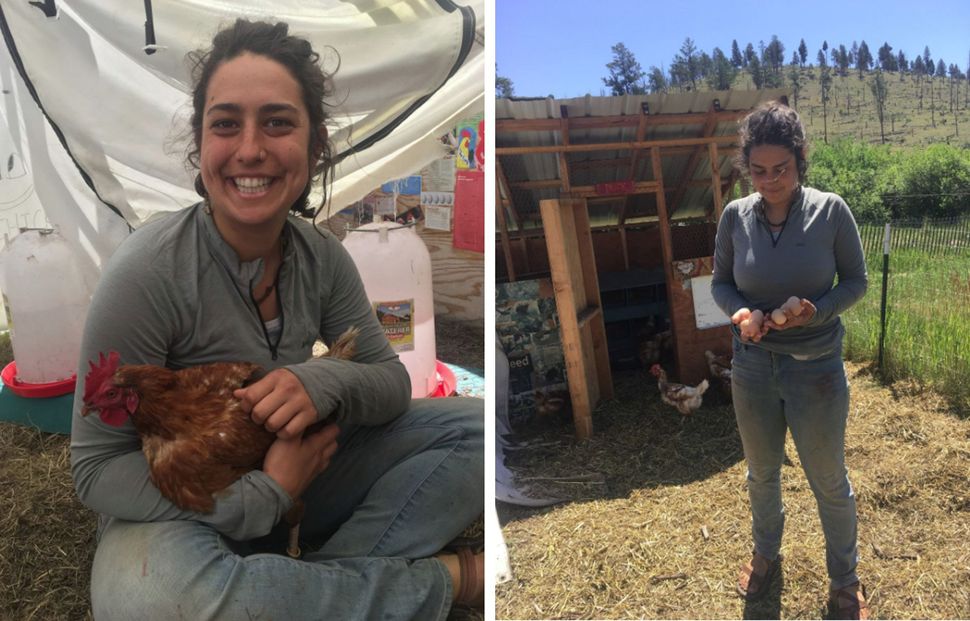 Farm team member Samantha Schwartz with chicken and eggs. Image by Courtesy Ramah In The Rockies

A funny incident happened a few weeks back that has since become an integral part of my morning ritual. During Shacharit (the morning prayer service) of the staff training week at Ramah in the Rockies, while standing for the Amidah (silent prayer), I caught myself off guard and giggled: I realized I had been praying for the well-being of goats and chickens. In all my 25 years at Jewish summer camp, I had never prayed for the animals. In fact, I had never before prayed for animals at all. Yet here I was, praying from the deepest part of my heart and soul, hoping the animals would survive the summer. You see, I’ve embraced a new role of animal care specialist on our farm, with the personal goal of learning how these animals can be incorporated into adventure-based therapies for Jewish youth. What better place to start than at summer camp?

The role of the farm and kitchen teams at Ramah in the Rockies is to lift the veil on our food systems, both here at camp and across the United States. In a dining hall that consumes about 25,560 eggs over the course of a summer, with almost all of those coming from factory farms and delivered via Sysco, we have our work cut out for us.

Embracing Ramah in the Rockies’s philosophy of encouraging questions, we asked ourselves where we could have the greatest impact. The answer: deliberate small changes to our farm that support the kitchen, and encouraging chalutzim, or campers, to ask difficult questions. We are well into our summer camp session and have been blessed to have our goals turned into action. With the support of Hazon Colorado and the Jewish Initiative for Animals, we have been able to increase our flock of five birds to 19, producing to date about 620 farm-fresh eggs, most of which have been used by our baker Yael Greenberg for Shabbat desserts. They would go into the challah, too, but ours is vegan. When Joan Nathan came to visit in 2012, she was so taken by the challah that she included the recipe in her latest cookbook! The remainder are used as tools to teach chalutzim about egg production, chicken diets and compost.

Now, at the halfway point of the summer, not only do I pray for the survival of the chickens and goats, but I also offer gratitude for the gift of being able to facilitate conversations regarding compassion, behaviors, ethics and Torah while surrounded by animals. When a chalutz returns home and asks, “Where did these eggs come from and how did they end up in our refrigerator?” we know they are starting to think beyond themselves and create values toward building a better community. I pray that the lessons learned here make their way home — one wobble and cluck at a time. 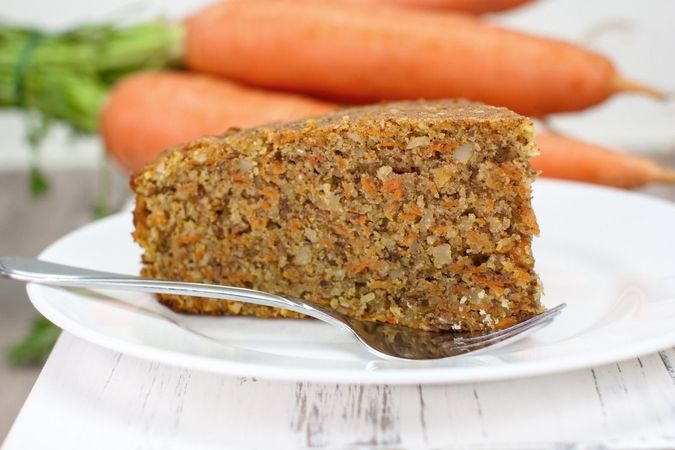 Combine flour, sugars, baking soda, cinnamon, and salt in a (very) large bowl. In a separate bowl, combine eggs, egg whites, oil, vanilla, and milk. Make a well in the center of the dry ingredients and pour in the egg mixture. Stir well to combine, but try not to over-mix, as this will develop the gluten in the flour and give the cake a bready consistency. Add shredded carrots and fold until just incorporated.

Spread batter evenly over 4 pans and bake 20-30 minutes, until edges are browning, center is no longer jiggly, and a toothpick inserted into the center comes out clean.

Hindy Finman is an avid camp person, youth advocate and Jewish educator. With her background in Criminal Justice and Jewish nonprofits she hopes to create a space for Jewish teens struggling with addiction and mental health to develop into their best selves. Currently, she is the Animal Care Specialist at Ramah in the Rockies where she is milking goats, collecting eggs and educating campers and staff on how to be conscious consumers.