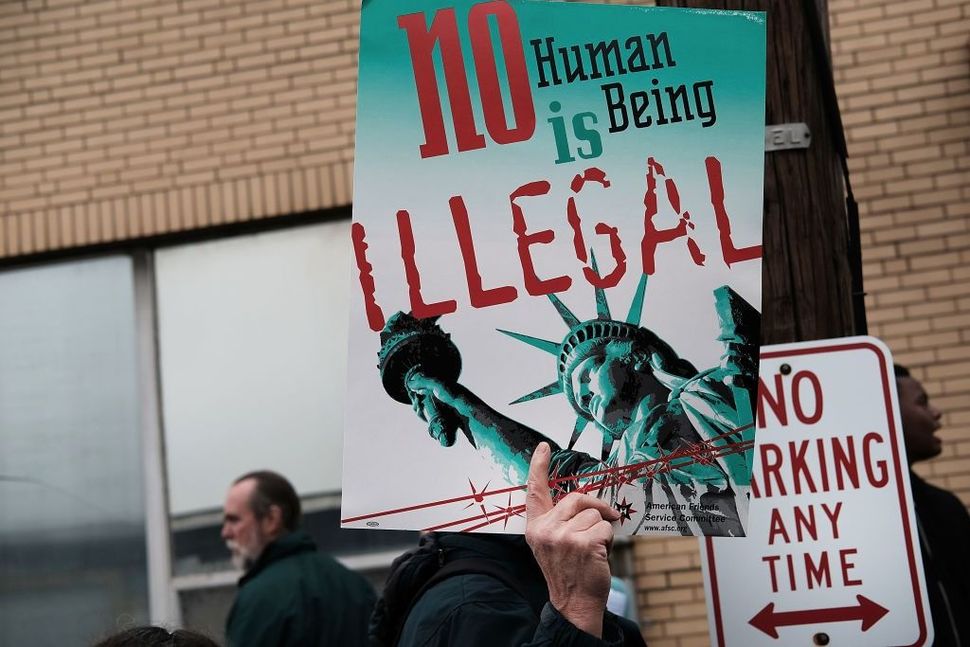 Five years ago, the US government began implementation of President Obama’s 2012 executive order deferring deportation for US residents without papers who were brought here by their parents as children. The order came about after the proposed Dream Act, which would have given legal status to those same immigrant children, failed to pass Congress. In response, Obama created the Deferred Action for Childhood Arrivals program, or DACA.

The nearly 800,000 kids given a reprieve from deportation by DACA — some still very young and many now grown up — are our children. They attended our schools, played on our high school teams, starred in our school plays, and joined debate teams and service clubs. They learned English and most speak it fluently. They have citizen siblings born in the US. They have little or no memory of their country of origin. They are as American as anyone born here.

Immigration laws should reflect the best interest of the country — in this case, our country. From time to time, these decisions change due to societal pressures, changes in the law, or new executive orders. They are not immutable, and their implementation has largely been left to the president and executive branch. Last year the Supreme Court was evenly split on the question of the president’s authority to defer deportation for specific groups of people now residing in the US. The case was not about the children whose status was protected five years ago, but a more recent effort by President Obama to protect their parents.

So at the moment, the legal question of what the president can do about immigration, broadly speaking, is up in the air, but will surely be revisited. Especially because ten state attorneys general have come together to threaten President Trump with a lawsuit to force his hand if he does not, by September 5, rescind the policy still protecting young people brought to the US as children.

Yet support for the Dreamers, as DACA recipients are known, is widespread. Nearly 8 in 10 voters support allowing them to remain permanently in the country, including almost three-quarters of Trump voters, and only 14 percent believe they should be forced out.

Setting aside for now the humanitarian and moral questions that arise from forcing young people with deep connections to the US to leave, pragmatism tells us that mass deportation is economically self-defeating. These Dreamers are already fully assimilated and comprise an integral part of our economy. We have already invested quite a lot in their health care and education that will make them productive workers going forward. So to drive them away now, just when they are closing in on adulthood and a paying job, contributing to our economy and our tax base, seems motivated only by spite or bigotry. In fact we need immigrants, even those without papers, to continue shoring up our Social Security system as they do already to the tune of $15 billion a year — money that we all depend on for our retirement.

But the strongest case is the moral one. As Jews we are taught in our ancient texts to welcome the stranger; and from our history we know what it feels like to be expelled from one’s homeland. For centuries, we were denied entry to countries across the world. Our own United States government was complicit in denying entry to so many Jews; so we, as American Jews, are particularly called to give shelter to struggling immigrants and traumatized refugees, to carefully examine our nation’s policies, and to ask ourselves if we can truly say there is no room here for those driven out of their countries by war, poverty, and persecution.

Rather than respond to an arbitrary deadline intended to ram through a disastrous change in current policy, the President and Congress should work to achieve comprehensive reform that includes helping the Dreamers and others become permanent residents and eventually citizens. The Dream Act has the potential to do a lot of good, but it can’t work if we also allow the increased immigration enforcement and border security measures that hurt the families of those same Dreamers. We must push back against the xenophobia and racism that too often cloud the making of immigration policy. It’s the right thing to do.