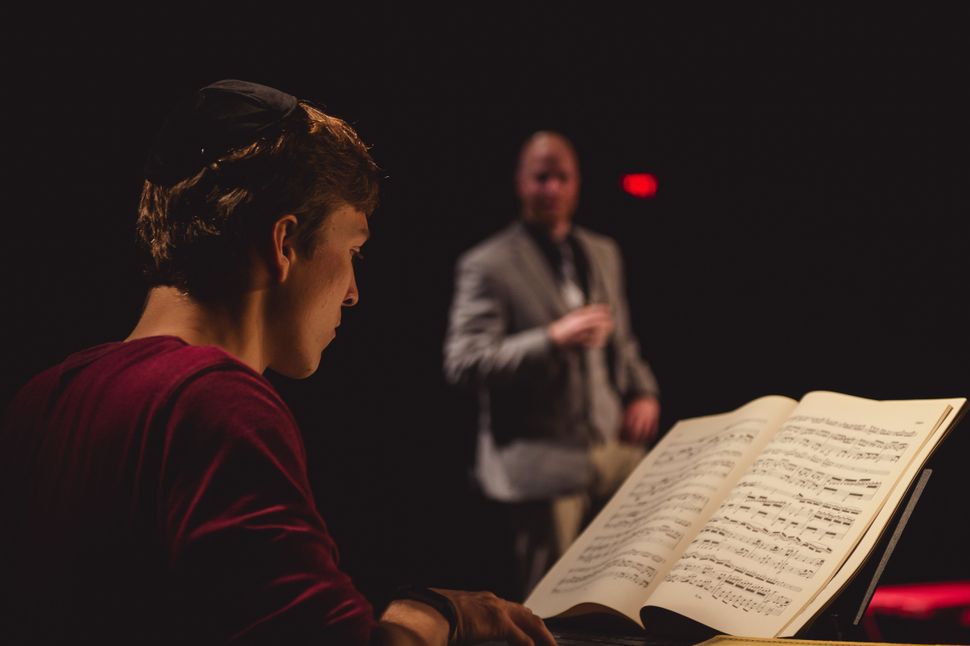 At age 18, David Lindenbaum finds himself suspended in between two universes that pull him in what he senses as opposite directions. On one side, there is his faith — a fervent Jew, Lindenbaum always wears a kippah (“Even while I’m sleeping,” he says with pride) and tries to maintain his religious identity also when surrounded by secularity and skepticism. On the other side, there is piano playing, his passion and talent, out of which he is hopeful to make a career.

In Larry Rinkel’s new play, A Kreutzer Sonata, directed by Christopher Erlendson and now playing at The Secret Theatre in Long Island City, New York, these two universes contradict each other. This is Rinkel’s first on-stage take on the “Jewish-American experience,” as he defined it. While there are elements in Lindenbaum’s story that will touch the hearts of many young Americans who struggle to juxtapose secularity and religion, its rendition of the Jewish faith lacks of one fundamental element: spirituality.

Lindenbaum, the main character of the Sonata, has just started his first semester as a piano major in college. It’s his first experience in the “outside world,” after being raised in a Modern Orthodox family and having attended only Jewish schools before. In college, he faces a silly roommate who finds his devotion puzzling and frustrating and an attractive, Italian-American music partner who does not miss a chance to show her disrespect and skepticism towards religion. In the meantime, Lindenbaum’s parents — a mother whose sadness and pessimism don’t match so well with her religiosity and a father who secretly lost his faith years before — go through a marriage crisis.

The strength of the Sonata lies in well-written dialogues and, most of all, in its talented cast. A special mention goes to Amanda Boekelheide, who beautifully plays the part of Lindenabum’s piano professor.

What leaves me perplexed is the way in which religion is portrayed throughout the play. Lindenbaum lives his Jewish identity in a pompous, fearful manner, and it’s not entirely clear whether this was intended a critique to contemporary Judaism or not. In one scene of the play, the piano player and his mother list the reasons why they love their religion — limiting this to a list of holidays and culinary traditions (“The hamantashen on Purim!”), leaving out the learning of the texts, the endless halachic discussions, the thousands of teachings, narratives, traditions that give new life to Judaism every single day of the year. The only mention of Jewish history is — surprise! — one of the Holocaust.

Even with its weaknesses, A Kreutzer Sonata does a great job of bringing to the table a series of topics that many will find relatable, and does so with a touch of humor. Confronting the outside world while trying to keep one’s faith and traditions is a crucial issue, especially considering that many Modern Orthodox Americans today prefer to escape this challenge and delay their exposure by attending Orthodox universities. The take is, those who can’t confront other realities are probably aware that their faith is so weak that it can’t survive an encounter with anything different than their own reality.