WATCH: Teshuva, The Talmud And One Rabbi’s Weight Loss Journey 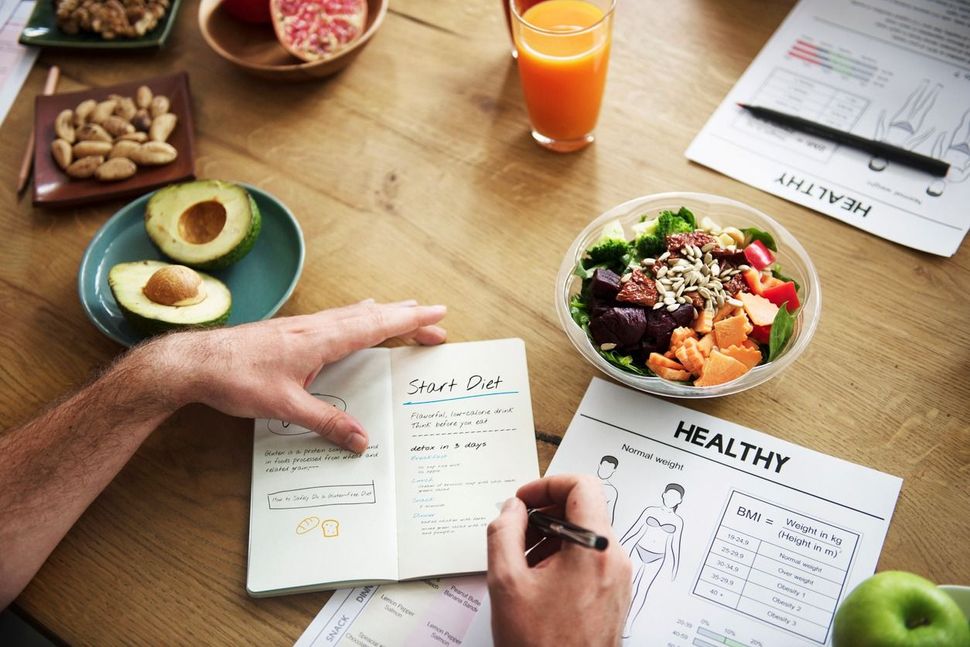 Change is difficult! That much is abundantly clear to all of us. For if there is one thing we humans are, it is creatures of habit, and change is all about disrupting equilibrium. I’ve thought alot about change over the years, what needed change and how to get there, and pursued personal transformation with sincere and ambitious resolve. And while I have, no doubt, experienced my fair share of personal successes in the game of change, far too many of my attempts suffered from failure to the thrive.

As many of you can most likely relate to, my endeavours in personal change seemed to frustratingly follow a similar course and pattern. The outset, marked with a burst of excitement and optimism, propelled a change of course for a good few days, weeks, or in the best case scenario, months. Inevitably, though, time and nature exerted their influences and a reversion to the mean pronounced the end to the experiment.

The fact that a return to one’s “normal”, is well…normal, doesn’t make what feels like a colossal individual failure and a confirmation of personal inadequacy any easier to take, and it certainly makes any and all subsequent attempts at change harder to justify. After all, why go through all the exertion and pain that change requires if you’ll end up back at square one anyways?

I knew there had to be a better way to create meaningful, long-lasting change, I just didn’t know what it was.

It was a chance vaad (ethical discourse) with one of the leading ba’alei mussar (ethicists) of our generation, Rabbi Reuven Leuchter Shlit’’a, that first reformed my understanding of the nature of change as well as the nature of change’s counterpart, teshuva, repentance.

R’ Leuchter shared with us a piece of Aggadata (non-legalistic rabbinic literature) that I must have heard dozens of times before, and yet his interpretation of the composition was fresh, revelatory, and in deed life-changing!

The Talmud under discussion was a portion in Tractate Menachos (29b) that discusses the letters G-d used in creation:

Rabi Leuchter explained that this Talmudic teaching isn’t merely informing us that human failure and the ever-present possibility of repentance are hardwired into creation, but also what successful and unsuccessful teshuva looks like. The Sages’ admonition that failure will meet all who attempt to return through the very hole they fell from serves as a strong warning against fighting one’s compulsions head on and apprises us of the futility of this brand of teshuva. There is a mighty gravitational pull that our sin of choice exerts upon us that keeps us returning to our old ways and it’s our imagining that we can overcome this compulsion by sheer force of will that has us stuck in this tired cycle of frustration (sin, repent, repeat). The Talmud is encouraging us to reckon with this dynamic force for what it really is, a substantive, compelling and spiritually deadly force that cannot be overcome in head-to-head battle.

So what is the way to topple this intimate, intangible adversary? By rising above it and re-entering the spiritual world through the upper opening in the letter hey. In other words, true, long-lasting teshuva can only be found through the process of changing and redirecting our higher selves, by changing from the top! In dedicating study time to the areas of the Torah that examine any particular mitzvah or aveira (sin) we slowly find ourselves more closely aligned with that spiritual ideal or repelled by that spiritual pitfall in such a way that an organic mindshift around the matter noticeably developes. It is particularly through this very process that we create the weaponry strong enough to succeed in spiritual battle, for our concentrated efforts in the study hall have born a potent anti-gravity that elevates us above our powerful gravitational pull towards vice.

As Rabbi Leuchter writes in his newly published book “Teshuva — Restoring Life: ”The work of teshuva is carried out on a much deeper level – it is not about using tactics to change our actions. It is rather about working on ourselves to the point where our drives and desires, and indeed all of our being, are in line with the world of the Torah. (p. 26-27)”

For the first time in my life I felt like I had the winning methodology of teshuvah in my hands, and it did indeed work! I must admit, though, that as my micro-focused Torah study slowly came to an end, much of my newly formed mindshift eroded. I had to learn the hard way that for many of us there is a secondary process needed to seal the teshuvah deal – change from the bottom!

For the details of change from the bottom and a more detailed look at change from the top let me direct you to a set of videos I created for Youtube and Facebook with Drew Feldman, a TV and film director. Search for “Soul Shift with Rabbi Yogi” for both videos. Enjoy!

WATCH: Teshuva, The Talmud And One Rabbi’s Weight Loss Journey