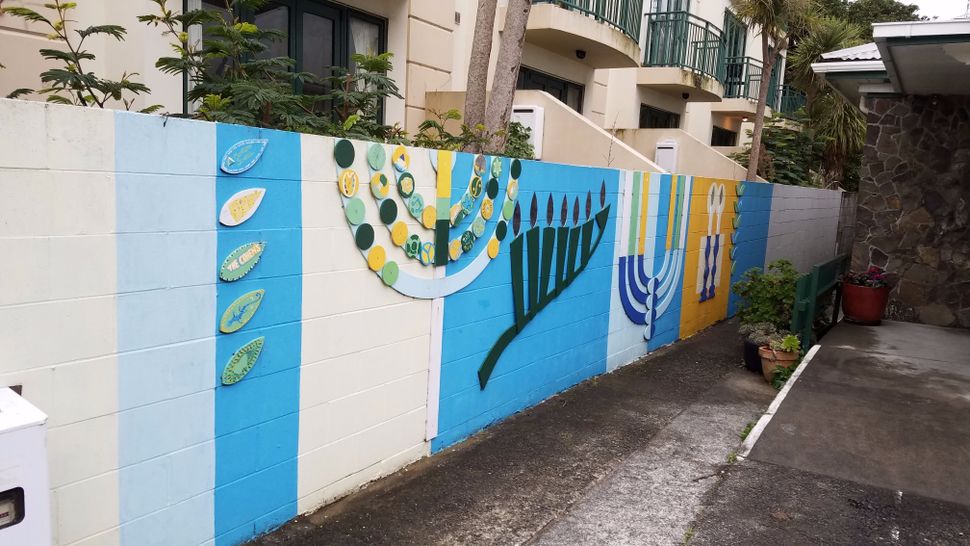 This is the third of a series of posts on the history and lives of Jews in New Zealand. The first can be found here, the second here.

Wellington is New Zealand’s capital and its second largest city, home to 405,000 people. Since the country’s founding in 1840, 38 people have served as head of government here, including three who were (at least halachically) Jewish. Yet, in 2017, there remain only two synagogues in the capital — one an Orthodox synagogue with an associated school and JCC, the other a smaller congregation with no permanent rabbi and a cooperative, can-do attitude particular to New Zealand.

The latter, Temple Sinai, will be the focus of this article. After all, as JoEllen Duckor says, its story is the sort of thing that would only happen here. “This is New Zealand,” she told me as we sat in Temple Sinai’s library, a small room with a long oval table and bookshelves from floor to ceiling stuffed with an array of tomes about Judaism, Jewish life, Jewish history, and so on. “You just do it yourself.”

In 1959, there was only a single synagogue in Wellington, the Orthodox Beth El congregation. A small subsection of the city’s Jews found themselves somewhat restricted by the community’s standards regarding, among other things, interfaith marriage, and so a forum was set up to discuss the creation of an adjacent “Liberal Jewish” community.

The meeting itself was highly contentious, as the local news reported at the time. “The New Zealand Truth,” then the country’s most popular weekly paper, wrote that “More than 150 Jews and their friends turn out to hear the pros and cons of the Liberal Jewish movement explained by the handsome Marlon Brando-featured Rabbi John Levi. […] first on his feet was [Orthodox supporter] Rabbi Goldsmith. ‘Dr. Levi’, he began. ‘Rabbi please’, said Rabbi Levi, ‘When Rabbis become doctors that is when Judaism becomes sick.’” At the end of the meeting, more than fifty people joined the new congregation there and then.

Over the years the relationship between the two synagogues evolved from their quarrelsome rupture to a more friendly and cooperative attitude. Now, meetings are held regularly between representatives of the two groups and Beth El’s facilities, such as its Kosher Co-op and JCC, are frequently used by Sinai members. Moreover, many of the community events are shared by the two congregations, particularly for important holidays. 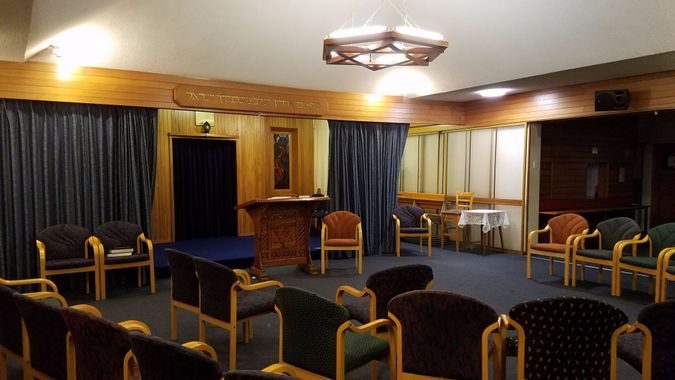 JoEllen is the community’s Mashpiah, essentially the spiritual lay leader of the congregation, as well as a manager of the synagogue’s day-to-day operations. Her story is as interesting and unique to New Zealand as Temple Sinai’s. “I grew up in New York and I moved here in 1980,” JoEllen tells me – although I could tell just from a few minutes of speaking with her that her accent from home had clung on over the years. “I was raised in a Jewish neighborhood and, even though my parents were completely secular, I knew who I was – I was Jewish.”

In New Zealand, however, JoEllen came to realize that replicating that childhood would be difficult. “When I came here and had children, I saw that that wasn’t going to happen. Judaism just is something that people are completely unaware of.” In order to try and address this, she joined Temple Sinai. After doing so, she asked if there was some sort of religious Sunday school to send her kids. “Can you teach?” she recalls them asking.

“I hadn’t been brought up with a strong Jewish education but I knew some stuff and I could learn the Alef-Bet and then teach it, so that’s what I started doing. That was my reach introduction – teaching at the Beit Midrash. I just completely fell in love with Judaism and the study of it.” JoEllen took a religious studies course at Victoria University in Wellington. After finishing this, she worked at Beth El’s Jewish primary teacher. “Suddenly I became a Jewish studies teacher,” she says, “It would never have happened in America, but here, it was happening.”

At the same time, JoEllen became the principal of the Sunday school at Temple Sinai and found herself leading services, teaching Bar Mitzvah students, and becoming more and more involved. Shortly thereafter, she began working full time at the synagogue as Mashpiah, a position that she effectively created. “I don’t think I could have done this in the States.” Only in New Zealand.

Of course, JoEllen stresses that she is not the only contributor to Temple life. Sinai is in many ways a cooperative community, a true family for a congregation made up of Americans, Australians, Israelis, South Africans and a handful of other nationalities. It is a home away from home for the mostly non-Kiwi congregation – and the more one puts in, the more they get out.

This is a long tradition for Temple Sinai. Shortly after they purchased the house in which the synagogue sat, the community found a note in the monthly Bulletin – which continues to this day – reading “SHAME BORE INTO US!!” It continued, “On a recent Sunday morning, before many of us had even bestirred ourselves, John and Daphne Salinger were busy mowing the lawn and digging away to make the Temple garden respectable! […] It is not fair that all this should be left to the Salingers. It is all very well to hear it said ‘Oh, it always happens in every club…everything left to a few’, but when a community effort is so often looked for in vain, then it becomes a case of ‘hope deferred maketh the heart sick.’” The Salingers continued to mow the lawns thereafter, although with more help than before.

The congregation doesn’t have a full-time Rabbi. In part this is for monetary reasons. “We’re not unfortunately part of that Jewish stereotype of having lots of doctors and lawyers. We’re like teachers, gardeners, workers, people who are not super wealthy.” However, “A lot of our members – probably half, I would say – don’t want to have a Rabbi. The strength of this congregation is that people participate at a level that I’ve never seen in other congregations. When there’s a Rabbi, everybody sort of steps back a bit. Without a Rabbi, it feels like it’s a true community endeavor.”

Temple Sinai has had Rabbis in the past and frequently invite visiting Rabbis to lead a few services. Currently, they operate on a rough plan of going three years with a Rabbi and then three years without. “But, we haven’t had a Rabbi now for four years,” JoEllen says with a hint of a smile.