To This California Teen, ‘Homeless’ Is Not A Dirty Word 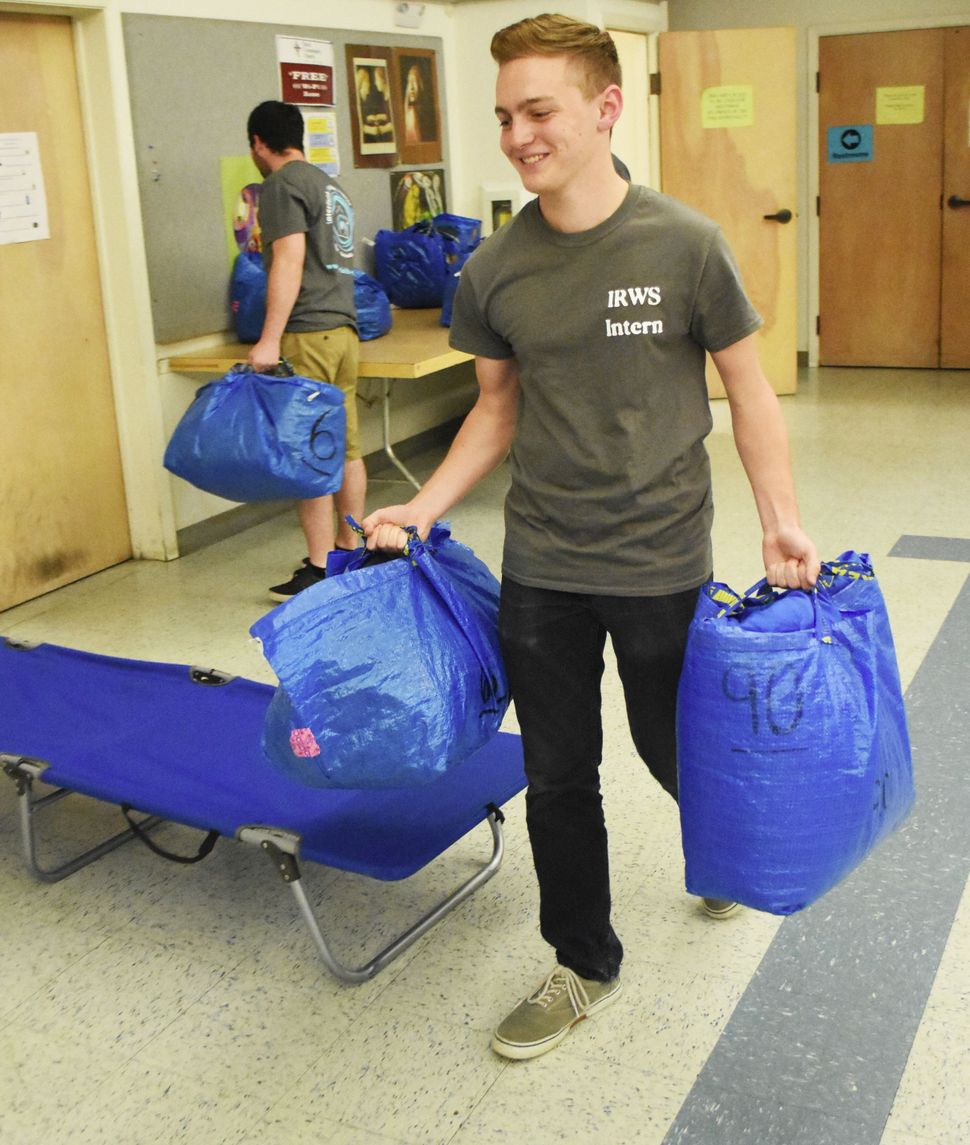 When I was 10 years old, my Jewish youth group visited the local homeless shelter where I had been volunteering for two years. As soon as we arrived, the group of students in varying shades of soccer and baseball jerseys huddled close to the door, shuffling their feet and trying to avoid making eye contact with any of the men and women in the shelter.

“This goes against everything we’ve been learning in Sunday School,” I thought. One by one, I took the students by the hand, sat them down at a table far from their friends, and introduced them to one of the adjacent guests along the round plastic dinner tables.

One student, Jonathan, sat down next to Arthur, a man in his 60s who’s been a member of the Davis homeless community since before the shelter existed. As I was walking away, I saw Jonathan looking down at his hands without speaking. When I returned just a few minutes later, the two were passionately debating Arthur’s interpretation of the “House M.D.” finale that had just aired. In the forthcoming discussions within our youth group, each student told a story that boiled down to the same discovery: “I can’t believe they were just like me.”

Five years later, I joined Youth Leadership Davis, an interfaith organization that addresses issues of extreme poverty in the Davis community and equips students with the motivation and skills to become leaders for positive change. Our program includes an internship during which high school students oversee shelter operations, weekly discussions to reflect on our work at the shelter, and guidance for student-led service projects.

In recognition of my work in the Davis homeless community, the Hellen Diller Family Foundation selected me in July to be a recipient of the 2017 Diller Teen Tikkun Olam Awards, which annually recognize 15 Jewish teenagers embodying the spirit of tikkun olam, repair of the world. Now in its 11th year, the Diller Teen Tikkun Olam Awards have given more than $3 million to 99 Jewish teens. I plan to give a portion of my $36,000 award stipend to YLD and the shelter and to save the rest to help me start a new not-for-profit effort when I move to Boston in 2018.

I am extremely grateful to the Hellen Diller Family Foundation for their generosity and trust in my generation. I encourage anyone interested to learn more about the foundation and the award at dillerteenawards.org/. For more information on the Davis shelter and YLD, visit interfaith-shelter.org/ and sites.google.com/site/youthleadershipdavis/.

To This California Teen, ‘Homeless’ Is Not A Dirty Word