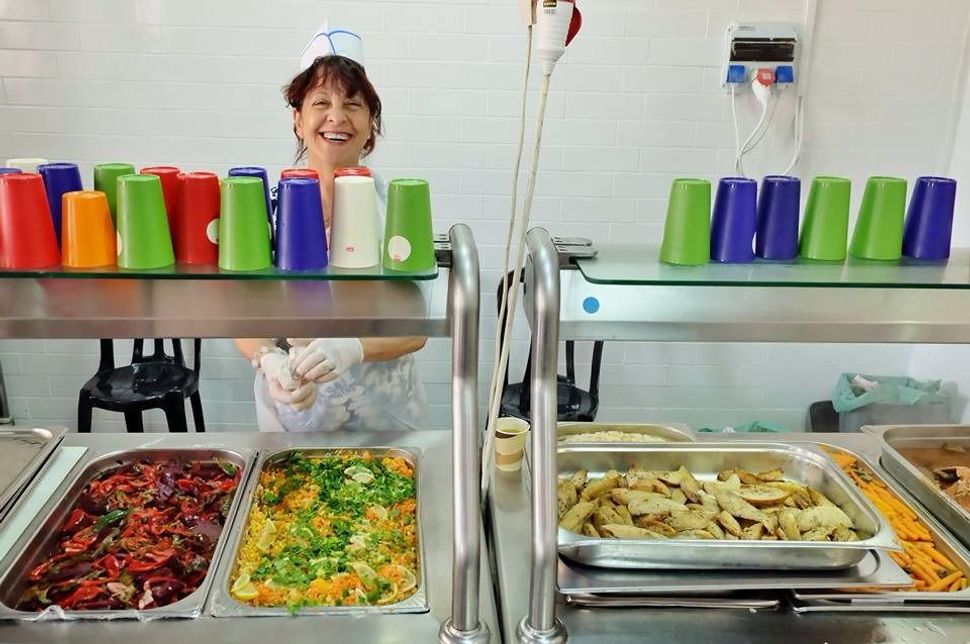 Fifteen years of physical and emotional abuse finally forced Zahava to take her three young children, two of whom are legally blind, and leave her husband. This change was not easy as it was not the accepted solution in families from Georgia in the Former Soviet Union. The broken marriage left her to seek therapy at the Municipal Center for Domestic Abuse for one year. While the therapy and kind social workers strengthened Zahava, she could not free herself from feeling lost, with no direction in her life.

Since she had not worked while being married, Zahava sought “something to do” and she began to volunteer in the Be’er-Sova Community Restaurant, assisting with serving the meals and listening to the diners as they shared their various problems. This atmosphere was also positive for Zahava, although very quiet, to realize there was much more that could be done.

During this time, the Be’er-Sova staff, realizing that more than food is necessary to build strong lives, initiated the group for women NEMESH, “Women Advocating for Social Change.” Fifteen women, including Zahava joined together to learn about their rights, advocate for change and become the voice for many women who could not speak out for themselves.

The activities of NEMESH opened the avenue for Zahava to obtain civil rights that she had been denied. While she needed guidance and reassurance in her efforts, she has evolved as one of the group’s leaders. She sought and found work as a chef in one of the hostels for the mentally disturbed, strengthening her commitment for change, as well as her ability to speak out for herself and others.

When announced she was among the first to commit to the Social Kitchen program “Recipe for Success,” A ten week course under the auspices of the Be’er Sheva Chef College, Zahava received a certificate of completion and is on her way to continuing to advance as a chef in a local restaurant.

Zahava, from despair, abuse and fear, has emerged as a confident, free speaker with a definite direction in her life. This has been made possible through her connection to Be’er-Sova, first as a volunteer, and then as a participant in the “Recipe for Success” project. 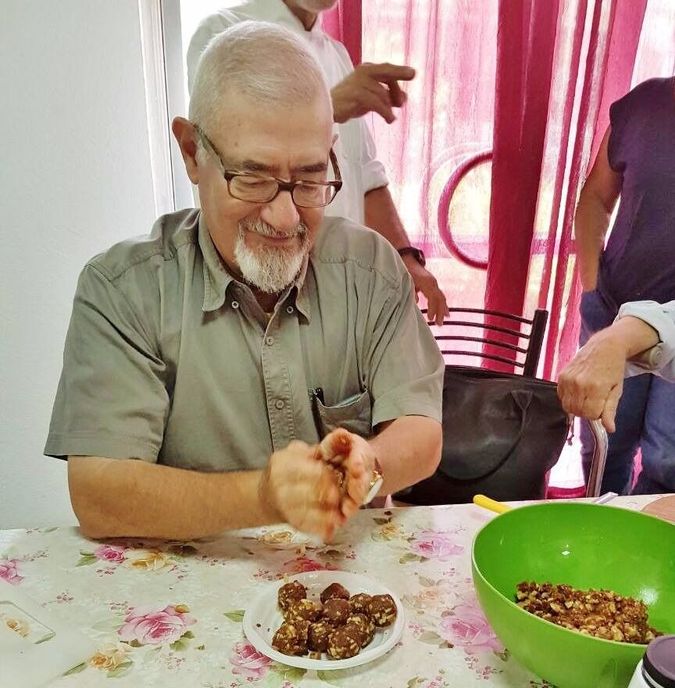 The diners in the Be’er-Sova Community Restaurant are greeted and assisted daily by the friendly smile and quiet voice of Uzi, one of our most veteran volunteers. To see him today with his efficient, organized manner, it is difficult to imagine or realize the twists and turns his life has taken in the past forty-seven years. To Uzi’s good fortune, his dealing with each challenge, no matter the degree of difficulty and never giving up, has helped him evolve to be the proficient, accomplished human being he has become.

Uzi’s story of aliyah began in 1970, when, as a young zionist from Chile, he left his widowed mother and found his way to Kibbutz Megiddo, to begin his challenges of being an “oleh”, new immigrant in the fast growing State of Israel. He enrolled in the ulpan to learn Hebrew, was inducted into the IDF to serve his new country, and in general began his absorption into Israeli society. Soon after settling in, Uzi’s mother became critically ill, and he returned to Chile, for what he thought would be a few months. However, the few months became years during which time Uzi returned to University, completing his Economics degree in respect for his father’s memory .His mother lost her health battle, leaving Uzi, an only child, truly alone. In 1982, Uzi married his love, and 1983, they returned to Israel to begin the life of their dreams. The early years were good to them with Uzi finding work in a local chemical company, In the early nineties, layoffs found Uzi out of work, which actually opened a door of opportunity for he and his wife to open a dog grooming business which became very successful for thirteen years.

Unfortunately, dire health issues plagued Uzi, and he became unable to work, forcing the business to close in 2005, Uzi and his wife divorced, leaving him no place to live except out on the streets of Be’er Sheva. “Reaching the very bottom possible, one can only go up” according to Uzi and rather than just sit on the bottom. he sought assistance through Clalit health services. The social worker was able to define a solution for the immediate challenge of a place to live, In” Beit Nathan” , for the homeless in Be’er Sheva, Uzi found his haven and contributed to the well being of others living there, including two dogs needing his care. (he collected bottles and cans in order to buy them food). In 2005 Uzi was referred to Be’er-Sova, “a soup kitchen” in the old city of Be’er-Sheva, where he received daily meals as well as monthly food packages which he shared at Beit Nathan.

The past twelve years have proven to be racked with difficulties, many ups and downs, but nonetheless, finding Uzi, in a very positive place today. Even with all the challenges, Uzi has learned to “make lemonade from lemons” through his dedication to volunteer in a major local non-profit as well as Be’er-Sova helping people in need.

During 2010, the local LIONS CLUB named and honored Uzi as their community volunteer of the year. Together with the honor and recognition, Uzi receive a prize that would change his life forever, a scholarship for the People’s University to study preparatory courses in psychology, medicine, and business administrations. Completing this successfully, Uzi was accepted to Ben Gurion University in 2013 as a regular student and has continued to study for the past year three years.

When asked how being a volunteer in Be’er-Sova influenced his life, Uzi affirmatively answered: first, nutrition for survival and then a hope for enduring the difficult days, and more, a quiet for his soul to look positively toward his future. In return, Uzi affirms,” Be’er-Sova has given me the opportunity to reach my potential as a human being according to each role I need to fill: parent; social worker; psychologist; guard and protector of volunteers and diners.”

Set up in 1999 by a group of volunteers, Be’er-Sova aims to supply hot, nutritious, healthy, food daily to the needy in Be’er Sheva and the surrounding area.