10 Ways To Lift Each Other Up In The New Year 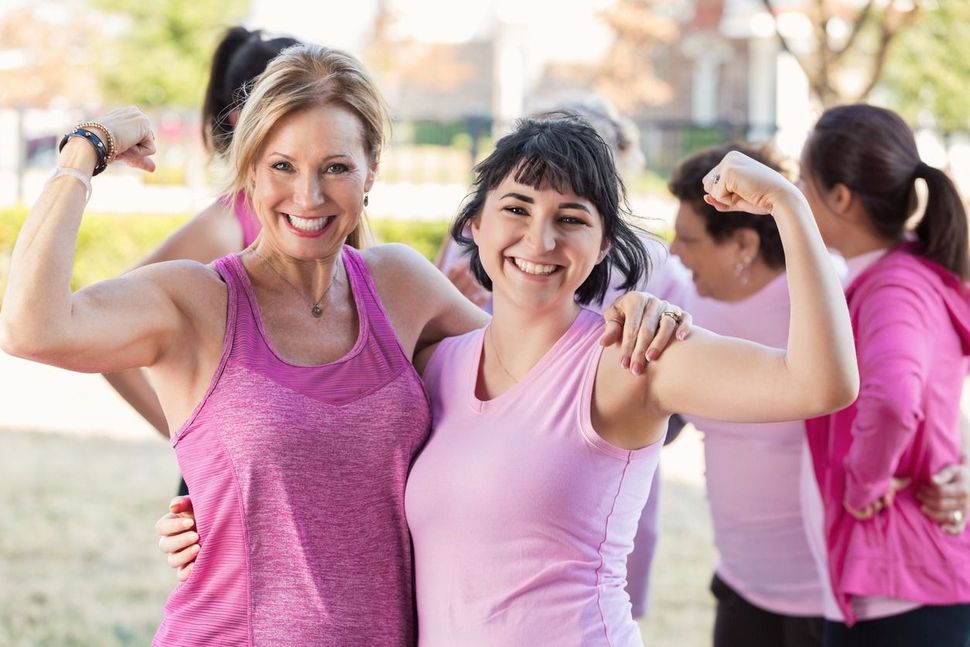 For me, Tashlich, the Jewish custom of symbolically casting off one’s sins into a body of water, is the heart of the High Holidays. There’s something very empowering about tossing my rock, my sin, my guilt into the water and hearing it break through, sinking to where I will not find it again. It’s gone. It’s out of my hands. The water stills.

How I wish it were that simple. I wish we could all keep our New Year’s Resolutions, could cast our wrongdoings away never to be seen again. We try hard. Much of the time, we succeed. But we are human, and we are flawed, and there are some things that always rise to the surface.

Jews are a people in community. We eat, pray, celebrate, mourn as a group. I’d like to suggest that this year, we don’t place self-improvement wholly on the self. I’d like to suggest that we lift each other up instead. That we help encourage our loved ones to leave their regrets underwater, and that we let them know if we see them start to slip in (which is no new practice; after all, Jewish mothers have been laying guilt trips for centuries).

It’s a great act of tzedakah to help others like this: “the greatest level above which there is no greater,” according to Maimonides, is to “strengthen [another’s] hand until he need no longer be dependent upon others.” I think there’s great power in doing the work of becoming better alongside another. If you’d like to engage in this sort of partnership in the new year, whether in collaboration on your separate goals or focused on helping someone you love, here are ten things to consider.

1) Consider how productive this can be for you

For some, teshuva, repentance, must be a personal process. Trying to help your loved ones become the people they want to be is honorable, but if they aren’t open to processing with others, trying to push it upon them might be an intrusion and ultimately damaging to your relationship.

Maybe this comes in the Tashlich ritual. Maybe it comes in prayer. Maybe it doesn’t. Discuss what needs to happen in order to for your partner to be able to forgive themselves. This could be a concrete goal, forgiveness from another person, or otherwise righting a wrong. It could also just be time and effort. If apologies need to be made, it might be useful to practice out loud and to provide feedback. A good apology should include taking ownership of one’s mistake, expressing genuine remorse, and asking what might be done in order to fix it. If an apology gets turned down, reaffirm that the idea here is to become better in some way, and that that is totally within your own control.

In the end, the key to the Tashlich ritual is letting go. It need not stop at rocks thrown into water. After Yom Kippur, our wrongdoings are in the past. Don’t start or entertain discussions about past harm done unless they’re needed for self-forgiveness. Help to look to what will happen next.

Just like any goal, self-improvement requires a way to measure one’s success. Figuring out how to do this may be easier in some cases, such as with goals related to money, consumption, or number of hours spent doing (or not doing) a thing. In other cases, the end result might be more vague — did it happen or not? — but benchmarks can be set there too (“I will gossip no more than ten times this month. Next month, no more than five.”) It might even help to break down the reasons for an action (i.e. thoughtlessness, anger, lack of self-control, boredom) and work on those individually.

In order for this to be effective, there must also be solid deadlines. Decide to check in on these goals every week, month, or quarter, and write it in your planners. Knowing you’ll need to vocalize your progress to another person at the end increases the likelihood of actually making it happen.

When seeking to uplift, either in times of doubt or as a random boost, try to phrase things only in the positive. It’s the difference between “I’m proud of you for not invading my personal space” and “I’m proud of you for respecting my boundaries”, or between “It’s great you haven’t been wasting so much time” and “It’s great you’ve been using your time so productively.”

In order to truly hold each other accountable, we can’t let our loved ones fail in their goals and then say “oh, no worries! Let’s try again.” The trying again part is important, but don’t say something is okay when it isn’t. Instead, say something like “Yeah, that really wasn’t okay. I know you can do better. What will you do differently next time?”

The processes of enacting change are serious ones, and sometimes even the most well-intended friends, family, and spouses aren’t the best guides. If it’s beyond your reach, offer to accompany your partner to therapy or another outside source. Mussar groups, in particular, are wonderful Jewish options for moral reflection.

8) Surround yourselves with high standards

A support group need not be a group of people sitting in a circle of chairs drinking stale coffee. You’re a support group of two in this, but don’t stop there. Make an active effort to spend time with, read, and listen to people who are also committed to self-improvement. Use each other’s energy to propel yourselves higher.

You are no one else’s manager. After a few check-ins, guide goals towards preventative measures: if the urge to _____ comes up again, what will happen? Would it be helpful to have a friend to call, a set distraction, a journal? Having a plan in place is what will help the other person to be the one holding themselves accountable.

Don’t let your relationships become surrogates for counseling, and stop yourself if your desire to support is suddenly a burden. Practice self-care together. Eat ice cream.

(And please don’t throw bread; it hurts the ducks.)

Allison Darcy is a writer, seeker, and graduate student of religion. Her current research focuses on new Jewish ritual, material culture, and the intersection of Judaism with race and gender studies.

10 Ways To Lift Each Other Up In The New Year