Is Man’s Search For Meaning Really Worth It? 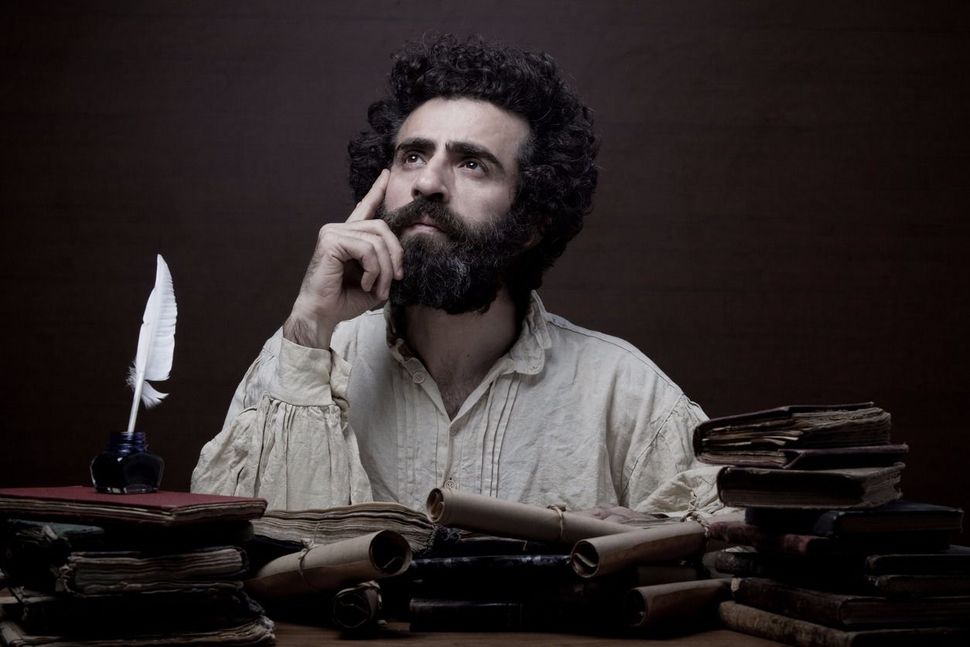 I admit it. I am a “meaning-aholic.” I know that no such word currently exists in Webster’s Dictionary, but I think it’s high time that this word, or a word like it, found its way into the holy grail of English parlance. Ever since I was a child, thoughts concerning the meaning of life and its expression in this world have never been far from my mind. Is there a G-d? What does He want from us? What is my unique mission in life? The search for answers to these age-old questions have consumed many of my waking hours and form the primary colors on my palate of meaning.

It was this search, no doubt, that spurred my religious awakening in the midst of my teenage years, and with it my adoption of greater spiritual commitments and Jewish practice. My career choice to become a rabbi, and an outreach rabbi in particular, seemed a natural extension.

At the tender age of 26, having dedicated the last eight years of my life to dedicated Torah studies in some of the finest study halls that Israel and America had to offer, I was finally ready to share my knowledge with others. I was recruited by DATA (Dallas Area Torah Association), a Dallas-based Kollel (an advanced institution of higher Jewish learning for married men) and Jewish outreach organization, straight out of Ner Israel Rabbinical College, and was ready to hit the ground running.

What I didn’t realize back then was how much my “meaning-aholism’ would impact my many encounters with Jewish individuals over the years. I was and am always on the lookout for others like me who have meaning on the mind, and am quick to discern, to the best of my ability, those individuals around me for whom meaning seems to comprise less than a starring, or sometimes even supporting role in their lives. Over ten years after arriving in Dallas, and thousands of conversations and meetings later, I am certain of one thing that would have surprised my younger self: Most people are not meaning-aholics.

So, where do most people stand? As it relates to the pursuit of meaning and purpose I have discovered four distinct groups of individuals.

For these individuals, the call to purpose and meaning does not seem to acutely resonate or matter.

If there lies in man an inborn drive to seek out life’s meaning, there also lies in man an opposing impulse to do away with or shut one’s eyes to anything that might hinder one’s freedoms and autonomy. For as much as meaning offers its actor, it is rarely acquired without a healthy dose of newfound personal responsibility. Meaning isn’t cheap and its truth demands action. For those whom the burden of responsibility looms heavier than whatever joys meaning might bring their way, the pull to escape meaning’s grasp will be an ever-present one.

“Leave-Me-Alone-ers” may couch their distaste for meaning mechanisms like religion and the like in calculated intellectual dialectics, but by the end of the many conversations I have had with “Leave-Me-Alone-ers,” a rooted self-interest in personal autonomy and freedom is always uncovered as a present and prominent feature of their personalities. As I have written about before, it is virtually impossible for human beings to separate their emotional and intellectual lives from one another. If your emotions find religious or meaning-oriented duties distasteful or burdensome your intellect will quickly follow, developing the logical arguments to support such a position (as an aside, the opposite is true as well. A religiously motivated individual will similarly discover the intellectual rationale to support his practice. The question for the truth-seeker is, then, not whether or not there are logical arguments to be made on both sides, but as to which argument is stronger, and therefore worthy of making demands upon his life).

Those individuals so busy with daily life and all its details that they find no time to consider the larger issues of life.

A recent lunch and learn with a group of 30-somethings illustrates the dynamic of this group perfectly.

I asked the participants of this group if they had yet identified what they were living for, what the purpose of their lives was. Each participant, blank-faced, turned their gaze towards the others, hoping that one of them might break the growing silence that was slowly filling the room. One of them finally piped up, “I guess we’re at a point in our lives where we’re mostly focused on developing our careers and haven’t given much thought to those kinds of questions.”

What the above group may not have realized is that if they were not dedicating the time to ask and answer the important questions of life now, there would be little reason to assume that they would suddenly wake up one day in the future with newfound focus and interest. In the world of meaning, there is no time like the present!

In my experience, the thirty-something population is only slightly more likely to fall into the Busy Body population than older populations. It seems that either the bigger questions of life matter to you or they don’t, the aging process adding but limited motivation to an otherwise disinterested soul.

Rabbi Moshe Chaim Luzzato (1707-1746), the illustrious Italian Kabbalist and philosopher, writes of the plague of “busyness” on the purpose-driven life in his magnum opus The Path of the Just:

One who walks along in his world without contemplating whether his ways are good or evil is similar to a blind man walking on the bank of a river. His danger is certainly very great and his calamity is more likely than his escape… In truth, this is one of the cunning strategies of the evil inclination, to constantly burden people’s hearts with his service so as to leave them no room to look and consider which road they are taking. For he knows that if they were to put their ways to heart even the slightest bit, certainly they would immediately begin to feel regret for their deeds. The remorse would go and intensify within them until they would abandon the sin completely. This is similar to the wicked Pharaoh’s advice saying “intensify the men’s labor..” (Ex. 5:9). His intention was to leave them no time whatsoever to oppose him or plot against him. He strove to confound their hearts of all reflection by means of the constant, incessant labor. (Chapter 2)

What would happen if “Busy Bodies” took the time to investigate the purpose of life? The Path of the Just suggests one possibility, that they might choose a new, more meaningful path. The nature of free will being what it is, we must equally acknowledge their potential alignmnent with the “Leave-Me-Alone-ers” or perhaps with the following group, the “On-My-Term-ers.”

This group of people seek out meaning and recognize its importance, but only adopt those elements of meaning that conform or coexist with their preconceived ideas of what their life should look like. They want meaning, but on their terms. They want the life-sustaining gifts that meaning offers without the sacrifice and commitment that meaning demands.

In a sense this group is similar to the “Leave Me Alone-ers” in that personal autonomy remains a prized possession. The difference between the two lies primarily in the “On-My-term-ers” recognition that meaning, too, is a highly valued commodity. “On-My-Term-ers” seek a “happy medium,” adopting those elements of meaning that feel comfortable in their lives and discarding those elements of meaning that require a trip outside of their comfort zone. “On-My-Term-ers” reap the gifts of meaning and spirituality to the same degree that they adopt meaningful practices. Pragmatism, unlike truth, seems to be the principal determining factor in their lives, and meaning must bend itself to their will, not the opposite.

This small group of people is consumed with discovering the meaning in this world and is willing to turn their lives around in order for their lives to be in consonance with the dictates of meaning, no matter the cost.

My general rule of thumb is that people change their lives when the pain of not changing is greater than the inevitable pain of changing. For “Meaning-aholics” the knowledge that their lives are not being lived meaningfully and to the fullest extent is much more painful than the pain caused by leaving their comfort zones.

For most of us, we can identify on some level with all four groups. We’ve sensed the pull and desire for personal autonomy, we can identify with how busy life can get and how little time we feel we can dedicate to our spiritual lives, we’ve felt the internal tug-of-war between our values and our desires and yes, we’ve experienced those blissful moments of clarity when all there was in the world was G-d and His will. The question we must ask ourselves: Which group will we commit to be a part of for the year to come?

Is Man’s Search For Meaning Really Worth It?