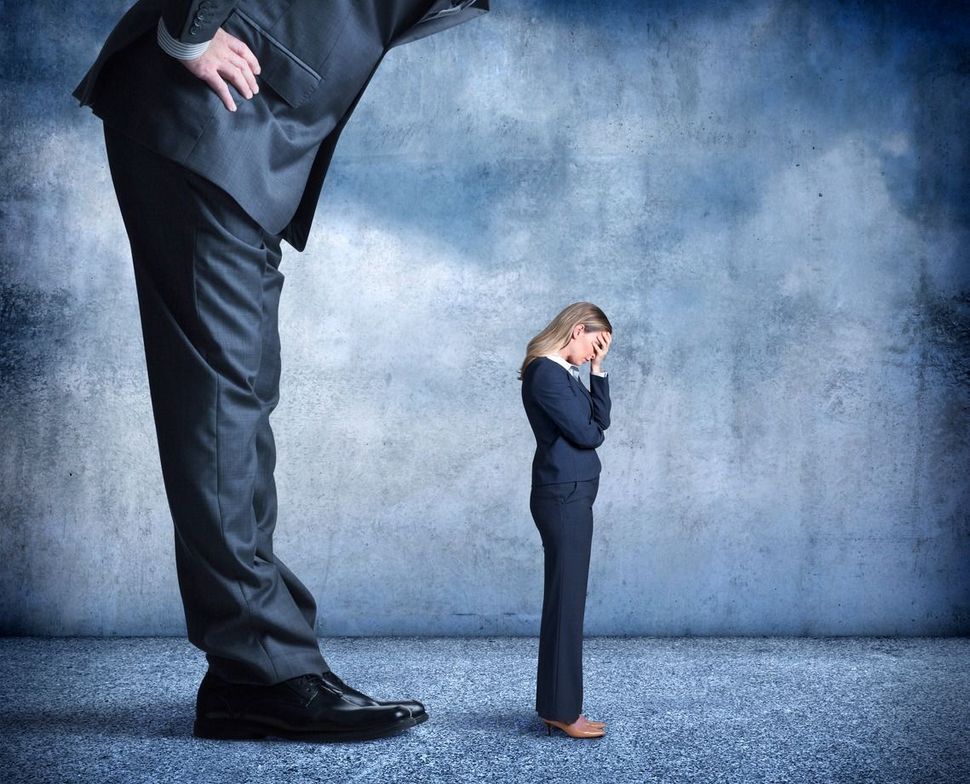 Of all prayers in the world, the rabbi of my congregation asked me to write something about Avinu Malkeinu — Our Father, Our King. This prayer, said three times on Yom Kippur has always been a challenge for me. I have a very complex history with so-called fathers and kings, and I’ve dedicated my adult life to fight and protect those who are oppressed and silenced by fathers and kings who abuse their powers.

The rabbi didn’t give up. She suggested I take a seat on a virtual lounge chair, take a break from battle and strife, lean back and imagine a different kind of father and king: merciful, generous and benevolent. So now I lounge in this chair and reflect, bringing to mind the masculine authority figures of my life.

The first, a leading educator, my high school principal. This man, who was admired and esteemed, told me — a champion swimmer at the time — that my arms were becoming unsightly, too strong and muscular for a girl because of my weightlifting. “I tell you that as a man, not as your principal,” he added. To this day I have issues wearing sleeveless shirts.

In the army I found myself happily serving in an all-women’s base. But what I found there is that in the absence of feminine military culture, women there adopted masculine military behavior. So they barked their orders and developed macho manners.

By the time I became a Jerusalem City Council Member I had gone through what psychologists call healthy adaptation to frustration. As I sat in council meetings, I noticed the behavior of the then-Mayor of Jerusalem, Ehud Olmert, changed according to who he was speaking to, interrupting or disagreeing with. Over four years, I recorded every comment he made to women. The woman whose voice rose when she was agitated was branded as “hysterical,” with comments about her “chucking and chirping,” “gobbling like a turkey.” With me, a sabra (native Israeli), Olmert — also a sabra — used degrading Yiddish names like Klafta, Yachna, Yenta, Mechasheifa — all conjuring an image of “old hag” — for the benefit of his ultra-Orthodox municipal partners. Overall, Olmert silenced women 8 times as much as he silenced men. The only woman to bask in his renowned charms was a council member whom he repeatedly complimented for her silence and “respectability.” I sent that report to Likud Knesset members. And to Olmert’s wife. As a result, he reigned himself in.

And so here I am, in my mental lounge chair, trying to find evidence of change in today’s Israeli society. For a moment I found it around the Kotel Agreement negotiation table. Reaching the agreement was a healing process. This process wasn’t decreed by the power of court or the strength of the police. That roundtable discussion enabled the various sides to first listen to and then recognize each other’s faults, fears and frustrations and mold them into a complex, comprehensive compromise. We spoke Hebrew but not Israeli; we spoke a different language. It is a gentle language, not aggressive. It took into account how fragile we all are.

With the passage of time, I have softened. I’ve accepted my own flaws and those of my own father, and the fathers and kings of our society. This acceptance sprang in me a longing for a father who is healing, connecting, hugging and loving. I wish to believe that longing for this type of father will realize him into being. From this lounge chair, on this conceptual beach, in front of the ocean that separates us, I ask today: “Avinu Malkeinu Asse Imanu Zedaka Vachesed Vehoshieinu — Our Father our King; be gracious with us and, treat us with charity and kindliness and save us.”