Israel Has An Asylum-Seeker Problem — And Here’s What One Tel Aviv Group Is Doing To Help. 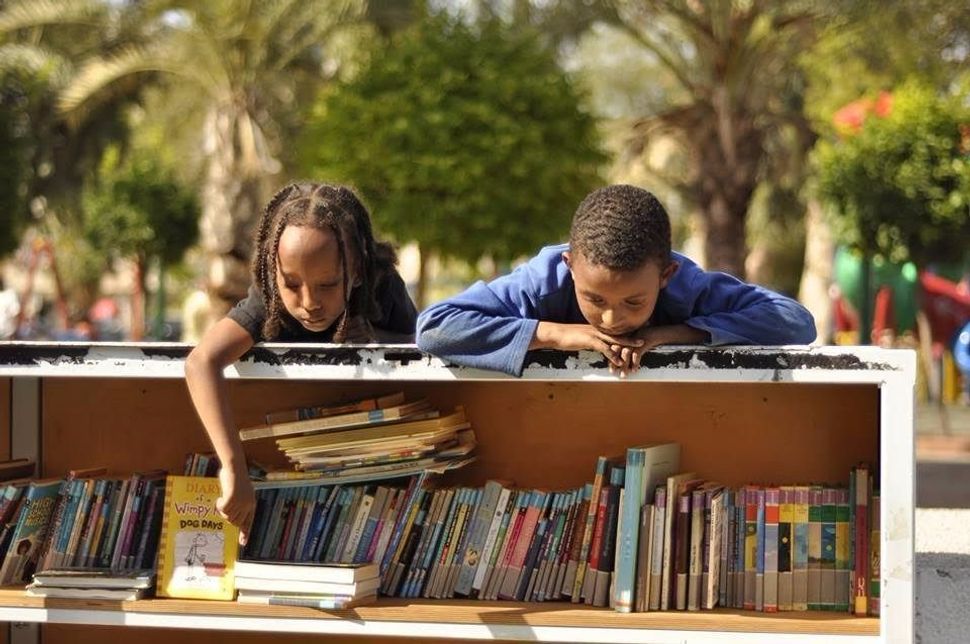 A few weeks ago, I was in Israel having a coffee with the great ethnographer of high-tech culture Gideon Kunda, explaining my interest in collaborating on research on the impact of Chinese investment in Israel. After a probing conversation on my work and sensing I was looking for a more meaningful way to make a difference while in Israel, Professor Kunda introduced me to an NGO he helped to found, the Garden Library.

Located in South Tel Aviv, and close to the affluent midtown neighborhood of Rothschild Boulevard, the Garden Library is in a historically disadvantaged area that has also become home to nearly 40,000 Eritrean and Sudanese asylum seekers.

Fleeing sexual, ethnic, and cultural hostility, these asylum seekers entered Israel not because they sought refuge as Jews in a Jewish state, as previous generations of refugees have done, but because Israel was the only safe place they could reach. The arrival of asylum seekers in such numbers presents Israel with a profound challenge to the values upon which it was founded, a challenge that is not easily resolved: Israel welcomes Jews, the asylum seekers are not Jewish.

In speaking with members of the Garden Library staff, for example, I learned that the Government, while refraining from deportation due to its adherence to UN policies, also refuses to examine the cases of the asylum seekers in order to determine their right to refugee status. Instead, the government’s policy is to pressure the asylum seeker to voluntarily leave. For example, a recent law was passed according to which employers must impound 20% of refugee salaries (already barely meeting the minimum wage standard) in a special fund refunded only when they leave the country, and employers must pay a 16% tax for hiring them in the first place, in addition to the existing taxes. The government is also attempting to pass laws which would make it easier to deport asylum seekers against their will, either to their home country or to a third country.

The government’s policies are under debate and are being challenged in Israel’s supreme court, which is asked to balance between conflicting moral objectives, protecting the rights of asylum seekers as well as the legitimate concerns of Israeli citizens in disadvantaged neighborhoods where asylum seekers live. As recently as last month, the Jerusalem Post reported (August 28, 2017) that the Israeli High Court of Justice had for the fourth time fully or partially scrapped a government policy to aggressively pressure African asylum seekers who entered illegally to leave the country. This was followed by Prime Minister Benjamin Netanyahu’s reported intention to pass legislation to restore the substance of what the High Court removed.

Such conflict, whatever one’s position, and productive as the discourse may ultimately be also reminds us that regulation is almost always unable to properly weigh secondary and tertiary outcomes, it takes time, it is historically compromised. We lack a 21st century framework larger than the immediate case to help us understand the boundaries of groups and borders —-of who belongs, what belonging means, how long it lasts and what rights it entails. This, while true everywhere, is of particular concern to Israeli society, where these questions are constantly debated and far from resolved. And of particular concern is the fate of the children of asylum seekers, born educated and growing up in Israel, yet devoid of legal status, and thus without the basic rights possessed by citizens or formally recognized refugees.

Given this as context, I have embraced Professor Kunda’s imploration to action. Founded in 2009, the Garden Library operates under the belief that both culture and education are basic human rights that can affect lasting change through community building and collaboration, and that these efforts can contribute to the debate in Israeli society about appropriate solutions, by improving the lives of asylum seekers and giving voice to their concerns. The Garden Library thus sponsors a range of art and educational programs for both adults and children of the asylum-seeking community. The Garden Library teaches Hebrew, English and skills like computer programming, sewing and photography, as well as providing outlets for cultural expression through music instruction and theater.

While the Garden Library serves as a magnet of grace and hope in the region, it can only really serve a small fragment of the population. It is the only neighborhood in Tel Aviv with a community center supported by an NGO rather than the municipality of Tel Aviv. Of the estimated 40,000 individuals in the community, the Garden serves 150 children (out of an estimated 1,000), 800 students in a community education center, and an additional 60 in the cultural center.

We have the opportunity to help the Garden Library increase its capacity, and support the lives of children and their parent by giving them language skills, structure and the foundation for a more grounded future. In providing care to first generation asylum seekers, we have a moment in time to intervene in ways that can make a significant long-term difference. The Garden is registered in Israel as a non-profit organization, and seeks to raise $100,000 by the end of December 2017.

Leslie Broudo Mitts is an anthropologist, entrepreneurship professor and venture investor. A former member of the marketing faculty at the Wharton School, she is currently visiting faculty at the Coller School of Management at Tel Aviv University.

Israel Has An Asylum-Seeker Problem — And Here’s What One Tel Aviv Group Is Doing To Help.