Do We Always Have To Tell The Truth? 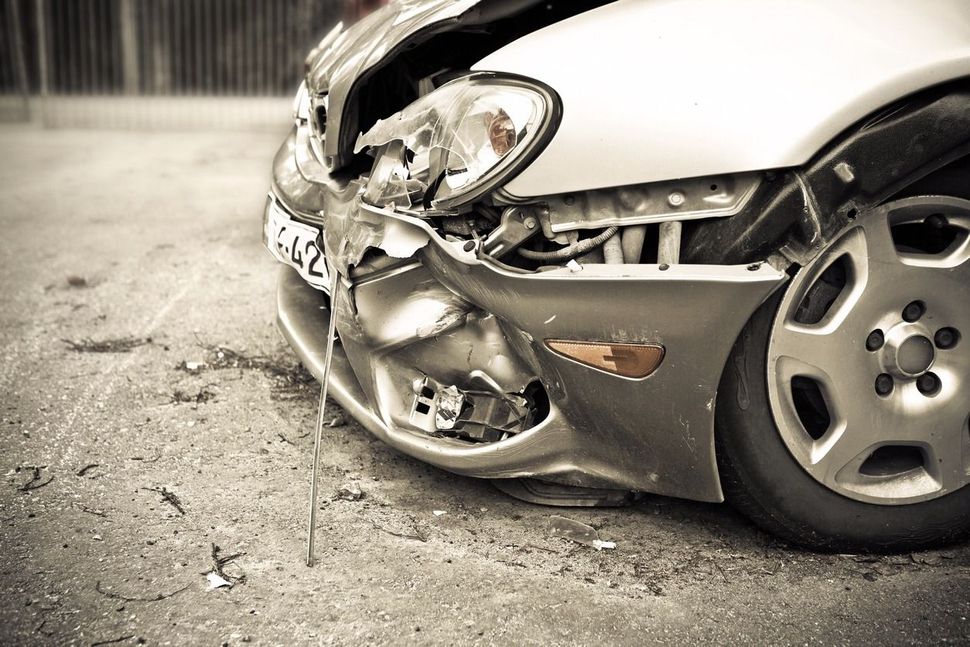 I was only a few blocks away from the home of my my inlaws in Baltimore when I quickly switched from the left to the right lane and just as quickly hit the side of an oncoming vehicle. The evidence at the scene was by no means conclusive — it all happened so quickly that I wasn’t sure who was at fault.

But the other driver stepped out of his vehicle irate and I immediately apologized to him. I told him that I assumed that I must not have checked my sideview mirror before switching lanes and he seemed appeased. No police were called to the scene for an official statement, the other driver sufficiently convinced that I had owned up to the mishap and would share that sentiment when the insurance company came calling for my accounting of the day’s events.

I continued to think about the accident for days to come, questioning whether or not I was at fault. One thing was for certain: I had a minivan full of rowdy kids, the music was playing and my mind was not fully focused on the road. Although my doubts remained, it seemed most likely that I was primarily at fault.

When the insurance company did finally call, it felt like a moral test of sorts. Without any official statements made at the scene of the accident, it would essentially come down to personal accountings, and I was keenly aware of multiple personally beneficial ways that I could present the details of the accident so as not to seem culpable. After all, I tried convincing myself, I wasn’t wholly convinced of my role in the crash, and who’s to say that the other driver wasn’t merely looking out for his own self interest when he angrily exited his car, convinced of my wrongdoing?

But those weren’t the only thoughts I had that day. I also contemplated what it meant to be a person of faith. Not faith in the Aristotelian sense, of a Creator-G-d who builds worlds and just as quickly runs away from them, but of faith in a deeply personal G-d who calls upon us to perfect His world by acting as He acts, running towards that which is righteous and fleeing from all that is evil. Faith in the G-d of Israel, whose seal is “emet,” truth, (see Talmud Yoma 69b) surely demanded my dogged commitment to the truth as well. My faith had taught me that values, and truth in particular, were of the greatest importance and that a life of righteousness might be paved with truthful, self incriminating statements to insurance agents. My faith also reassured me that as G-d was my ultimate provider I need not stoop beneath my morals for monetary gain.

I took a deep breath and told the insurance agent the whole truth, that I wasn’t sure myself as to what had happened that day, but that I couldn’t say for sure that I had checked my sideview mirror. I knew that those words would meet the insurance company’s burden of proof against me (especially since I knew what the other driver’s statement must have been) and yet I felt good knowing that the truth had not been sacrificed upon the altar of the almighty dollar.

I’ve thought about that call from the insurance agent many times over the years and feel that through that experience I’ve gained a clearer appreciation of what is required if one wishes to speak truth in even the most challenging of times. I realized that for those with powers of intellect and ingenuity, there were almost always ways to extricate oneself from even the most precarious of situations. The price, however, is often in the truth that must be sacrificed along the way. Becoming people of truth requires that we set aside those intellectual capacities that have served us so well in the past. We must become as “simpletons” who speak the truth without knowledge of which words self-incriminate and which words do not.

I can’t help but wonder if there lies a connection between the Hebrew word “temimut” (simultaneously translated as “integrity,” “innocence” or “wholesomeness”) and the word “tam,” the Hebrew word for a “simpleton” (as in the Haggadah’s relating of the four sons, one of whom is the simple son, the “tam”). Perhaps integrity and truth demands that we go back to a more simple way of thinking, setting aside our more complex considerations and methods of thinking for the study halls and the classrooms.*

I consider all of these thoughts on the heels of the holiday of Sukkot, the holiday in which we are commanded to leave our comfortable, secure houses, and live for seven days in primitive outdoor huts, whose simple roofs of branches and twigs make for the perfect skylight up to the heavens. As we lie down in the evening and stare up at the moon and the shining stars that fill the night sky we are filled with a sense of awe and renewed faith that it is not our sturdy, alarm-monitored houses that truly protect us, but G-d above. Sukkot also welcomes us back to a more simple time and space, a world separated from the dominating forces of materialism that more and more saturate our world. On Sukkot we reaffirm that while we need money to live, it is faith that must always lead the way. And when faith leads the way the truth is sure to follow.

*The Midrash Yalkut Shimoni on Tehillim (36:727) commenting on the verse “You save man and beast O Hashem” (“adam u’beheima toshiya Hashem”) seems to take this concept of “dumbing” oneself down one step further when it writes, “These are the people who are clever in thought but make themselves as the beasts.” Rabbi Chaim Shmulevitz z’’l in his classic work of Mussar Sichos Mussar (chelek 3: maamar 9 – “Ma’aseh Yehuda ve’Tamar”) explains that “these individuals nullify their own thoughts [to such a degree] that it becomes [in essence] as if these people have no thoughts or will of their own, holding only the will of their Creator [dear to their hearts].” It is one thing to make oneself as a simpleton, quite another to make oneself as a domesticated animal!

Do We Always Have To Tell The Truth?