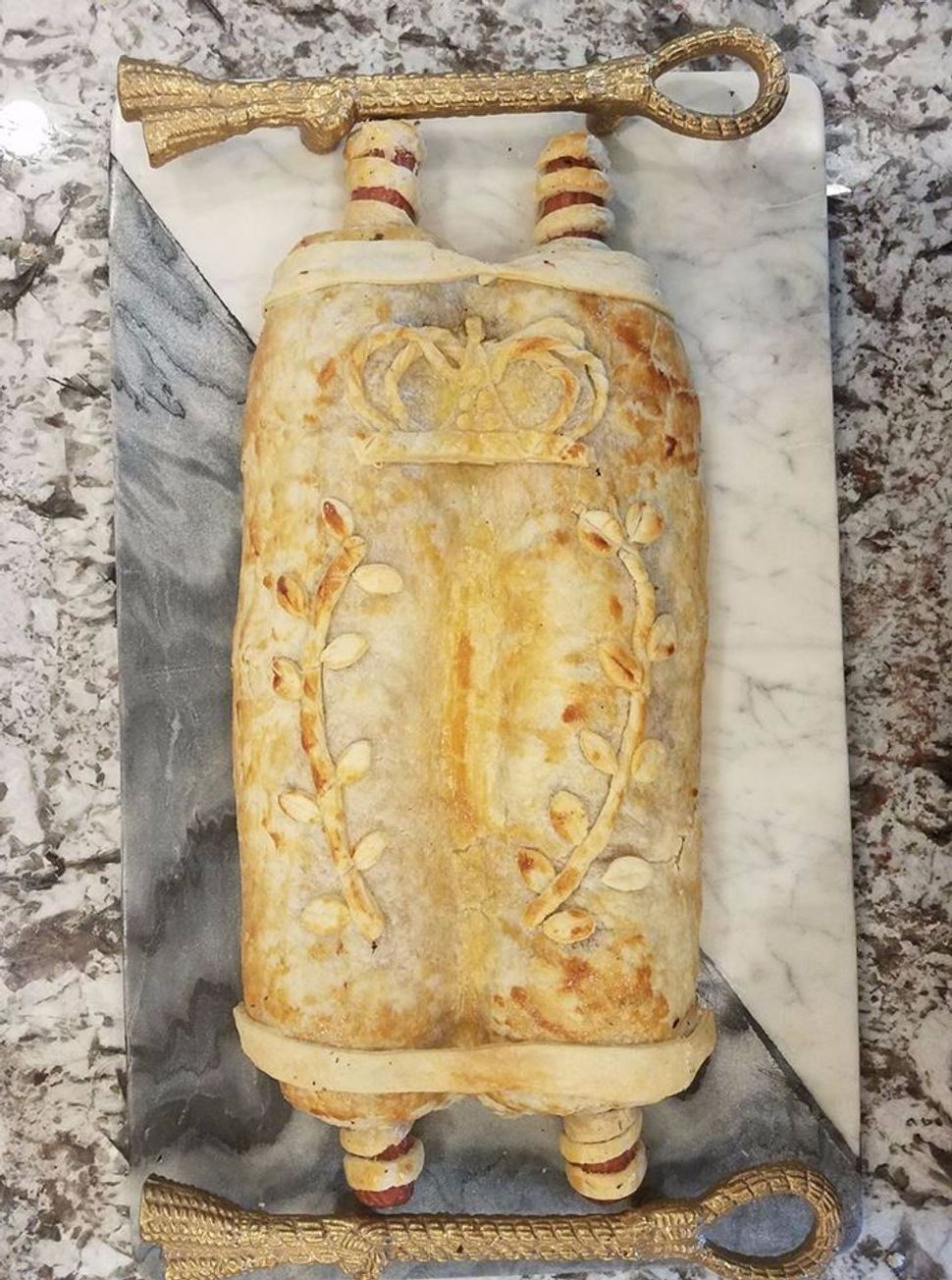 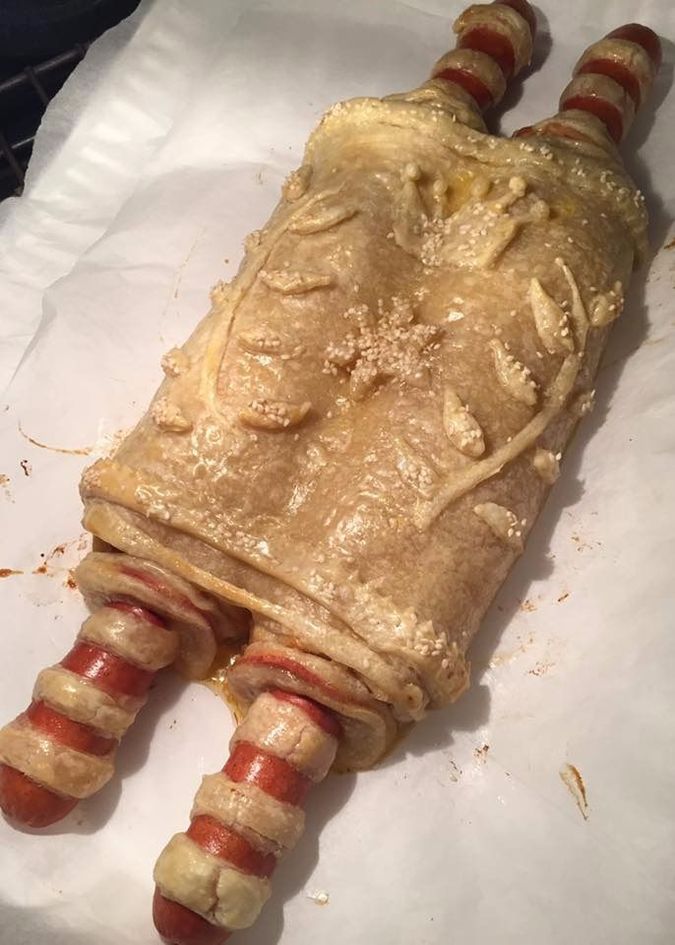 The end of Sukkot / Jewish holidaypalooza season is nigh and the holiday of Simchat Torah, a celebration of completing the annual Torah cycle, is almost upon us.

Traditionally, Jews celebrate by dancing with Torah scrolls in the synagogue — but some adventurous chefs are dancing with their Torahs and eating them, too.

“Love experimenting with Deli Roll,” wrote Chani H Hirschel on Facebook. “I used 2 Deli Rolls as Torah Scrolls (ha that rhymes), wrapped them in another layer of puff pastry, decorated the cover, wrapped and inserted hot dogs on a skewer, and voila! we have a Torah Scroll Deli Roll. ????? We are rounding third! Chag Sameach…again!”

Others, including Sima Neiman, shared their Torah-rolls as well: 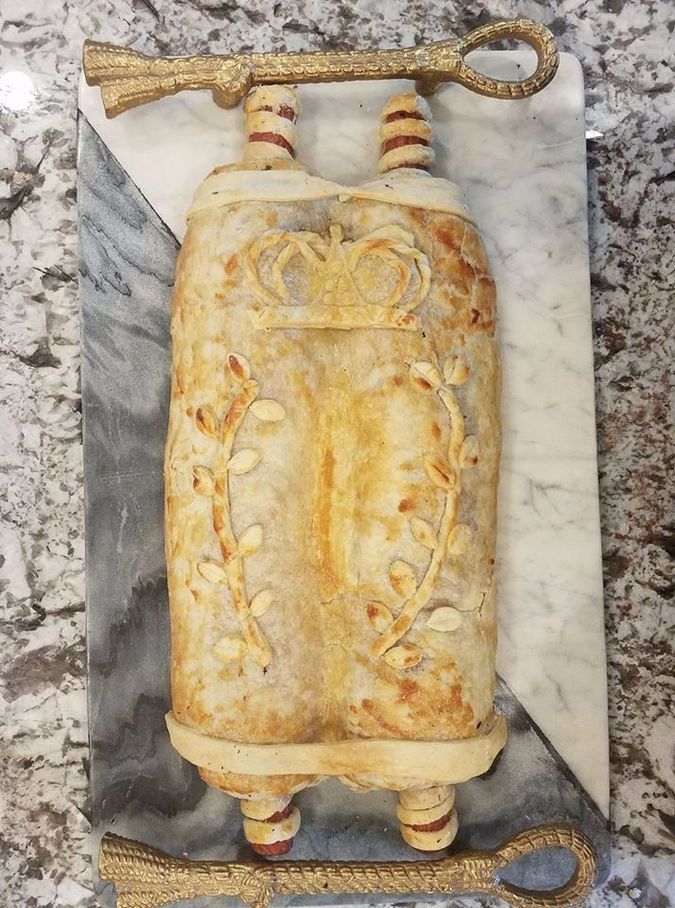