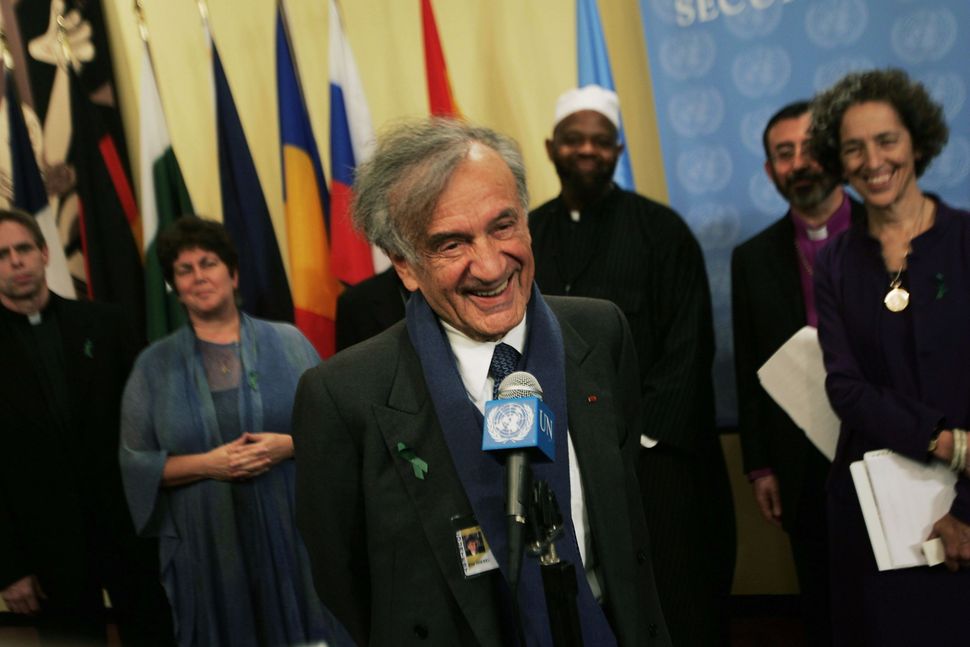 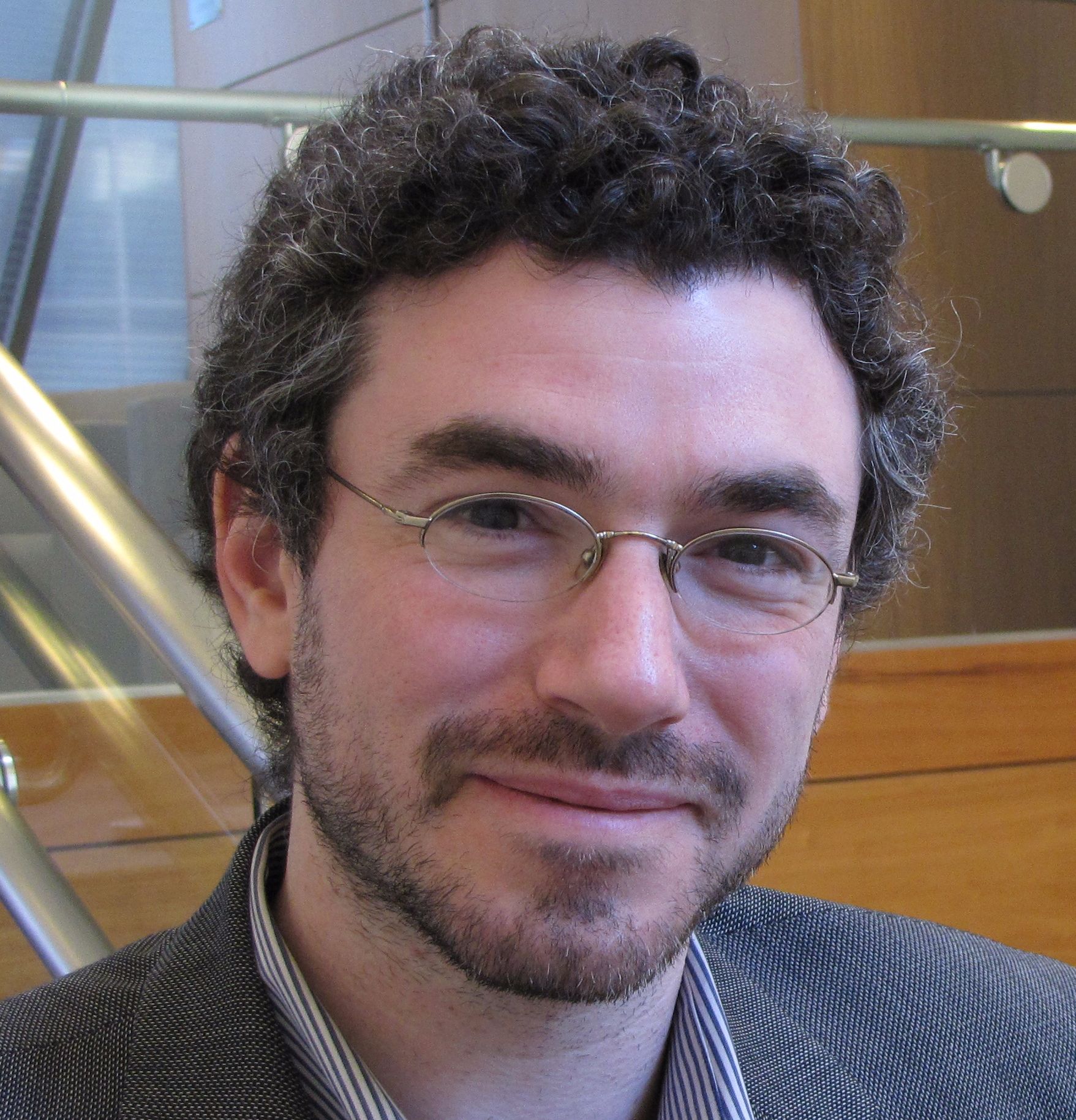 Ron Rosenbaum’s September 29 article in Tablet Magazine, Elie Wiesel’s Secret, is an exercise in misguided sensationalism built solely on the author’s formidable powers of projection and distortion. I found it perplexing – and its subject, Elie Wiesel, with whom I worked closely for several years as his TA at Boston University – utterly unrecognizable.

Rosenbaum’s argument, confused and long-winded as it is, seems to boil down to a critique that Wiesel publicly suppressed his ‘true’ post-Holocaust feelings of insatiable rage and vengeance, instead presenting a face of grief so as to be palatable to readers and in the process “gentrifying the Holocaust.” His insinuation is that Wiesel’s motivation for muting himself in this manner was personal gain and the prospect of acceptance by a Western world that would have turned away from him otherwise. That he was a sellout, essentially. But Rosenbaum’s references to global activist Elie Wiesel as a passive “Symbol of Suffering,” and “anesthetic buffer for the pain of the Holocaust, a golem of grief sitting endless shiva,” “the Johnny Cash of the death camps,” are so off-base as to reveal far more about the author’s dark myopic preoccupations than anything at all about the great and complicated man he has decided to smear.

The author seems to view Elie Wiesel only through the prism of his own emotional and theological Holocaust baggage. His claim that Wiesel had only one register, a quietist gloom, is laughable to anyone who knew the man himself.

Those fortunate enough to spend even small stretches of time with Wiesel saw so many more hues, heard so many more registers, felt so many more moods. Watch any lecture online (see the archives of the 92nd Street Y or Boston University’s Gottlieb archive for dozens of videos and links) or view any interview , and you will see pain – the pain of a survivor who continued to witness human cruelty across the globe and who could not sleep well as a result. You will also see righteous anger at the world’s continued indifference, and anger at God; wistfulness, as he imagines a better world; occasional phrases of an old Hasidic niggun or two; and a good helping of humor and playfulness. (To take one of hundreds of examples, when interviewer Michael Schulder referenced Wiesel’s “Quadruple bypass surgery” in 2011, Wiesel corrected him: “It was a quintuple bypass. When I do something, I do it right!”).

It was precisely his breadth of range and the diversity of his tones and moods that attracted many students to his class. I heard dozens of students say some version of the following: “I couldn’t have imagined that the author of Night would be so funny.” He moved gracefully through a spectrum of emotional responses, gently nudging doors open for his students, so that they too might see that we can live with seemingly contradictory emotions, that they too might expand their expressive vocabularies.

In class, we saw him smile, invite a student to speak with the slightest lift of an eyebrow, saw him laugh at his own stories. We saw him fiercely indignant at the continued inaction of world bodies in response to massacres, deportations, and genocides. We heard his calls to us to “do something, anything, to make a difference, however simple, however small.”

We heard him tell stories of strange encounters, during the war and after, between madmen, famous authors, resistance members and simple peasants, stories that offered hope in spite of everything.

He comforted distraught students and challenged complacent ones. He shared his joy in learning with humility, saying “I am the best student here, I will learn more from you than you will from me.”

We heard him speak of the limits of forgiveness – of humanity and of God, and of the difference between passive memory, which silences and steals energy away from action, and active memory, which is the spark to light fires of change.

And we heard him sing: songs of his youth, sad songs, joyful ones, songs that magically combined yearning and exaltation. (Tellingly, he once told me, “I always have a song in my head.” I asked him which song it was at that moment — it was a Simchat Torah song, Eleh Chamdah Libi, a song of celebration of Torah, of learning, a song sung on Wiesel’s own Hebrew birthday, Simchat Torah.)

To describe this man as “hav[ing] come to comfortable terms with the cause of rage… a model of deportment… Sad, sad — but quietly sad…. Not a troublemaker” — is absurd. To have to respond to such distortion is depressing.

Wiesel didn’t just embody an exceedingly broad range of expression – he considered it central to his pedagogy of witness. It was incumbent upon each of us to discover our own stories, our own selves, in all of our complexity, our sadness and despair, our indignation and rage, and our appreciation for the beautiful and the absurd. He felt it was his obligation as a teacher, as it is for all teachers, to access many different moods and modes in order to truly make contact and communicate something authentic and real.

The salacious promise of Rosenbaum’s title remains unfulfilled: there is no secret, only a bizarre straw man bearing no resemblance to the reality of the teacher many of us knew.