MeToo: When The Community Mean Girls Crossed The Line 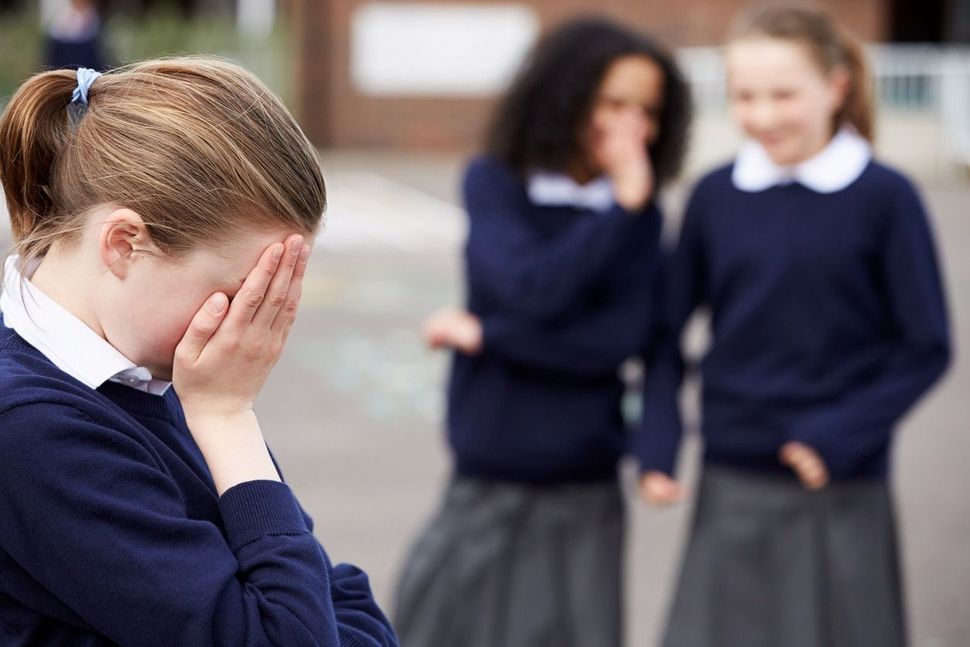 Growing up, I attended Jewish day school. In junior high, my family moved to Spain for a while for a work matter, and they enrolled me in a Jewish day school there. Immediately I felt out of place. I didn’t speak Spanish; I was Ashkenazi while most people there were Sephardic. I immediately became a target of bullying and mockery. On one occasion, I was using the bathroom, and a mixed group of my classmates decided to break down the door and mock me. One of my female classmates had a sleepover for her birthday, and invited all the girls in the class. At one point in the sleepover, some of the girls started pressuring everyone else to undress. I didn’t want to, so some of them tried to physically remove my clothes, while grabbing my chest, butt and pubic region. It was really uncomfortable, and then they had the audacity to invite me to b’nai mitzvah class in the morning. This was part of an extended pattern of being groped and humiliated by my classmates.

Upon returning home, one of the guys in my class decided he was going to start making inappropriate sexual comments about me. He talked about having sex with me regularly and openly, including in class. He coerced the other guys in my gym class to exclusively dance with girls who weren’t me so that he could dance with me during partners dance in gym class. Usually I brushed it off and rolled my eyes, but after a few months it got to be too much, and I broke down. I told the teachers that he was making me really uncomfortable, and the vice principal pulled me into her office to tell me to stop “flirting” with the guys around me (I never flirted with anyone, and was generally pretty quiet and withdrawn). Most of the kids in the class took his side and told me I was overreacting.

At one point in my studies, my class took a trip to Israel. We were assigned to stay in hotel rooms with a group of peers of the same sex. The girls I was staying with knew I was shy and quite modest, and they liked to exploit it. They’d deliberately expose themselves around me and make sexual comments. One evening, I was reading and one of the girls walked straight out of the shower fully nude and started doing some sort of lap dance right next to me while groping me, and despite me telling her to stop, she continued for a few minutes. They were all heterosexual, so it was clearly some sort of power play/form of bullying. At the end of the trip, they asked me why I was so closed off around them. I just brought up my social anxiety, and that seemed to suffice. To this day, I’m friends with them on Facebook, and we follow each other on Instagram and keep in touch to some extent, because I feel a social obligation to support other women, especially fellow Jewish women. However, I often wonder if they regret this behavior and recognize that it constituted sexual assault and would be considered horrifying had it been male on female.

Since I experienced sexual harassment and assault from both men and women, I feel like there’s an extra obstacle in sharing my story. I don’t want to feel like I’m attacking women or being anti-feminist when I acknowledge that women have supported and actively perpetrated abuse against me. I feel like my experience seems so rare in the common lexicon, and yet those experiences are the ones that hurt the most, because women are supposed to stick up for one another. It’s not that shocking when a man is somehow abusive, but when women are, no one knows what to think. I don’t like emphasizing the Jewish part of my experiences, because I know that it could fuel certain implicit anti-Semitic associations among many non-Jewish people, and because I think it’s important to have a strong Jewish community, but there’s no escaping the fact that much of the abuse I’ve faced happened in Jewish settings.

MeToo: When The Community Mean Girls Crossed The Line