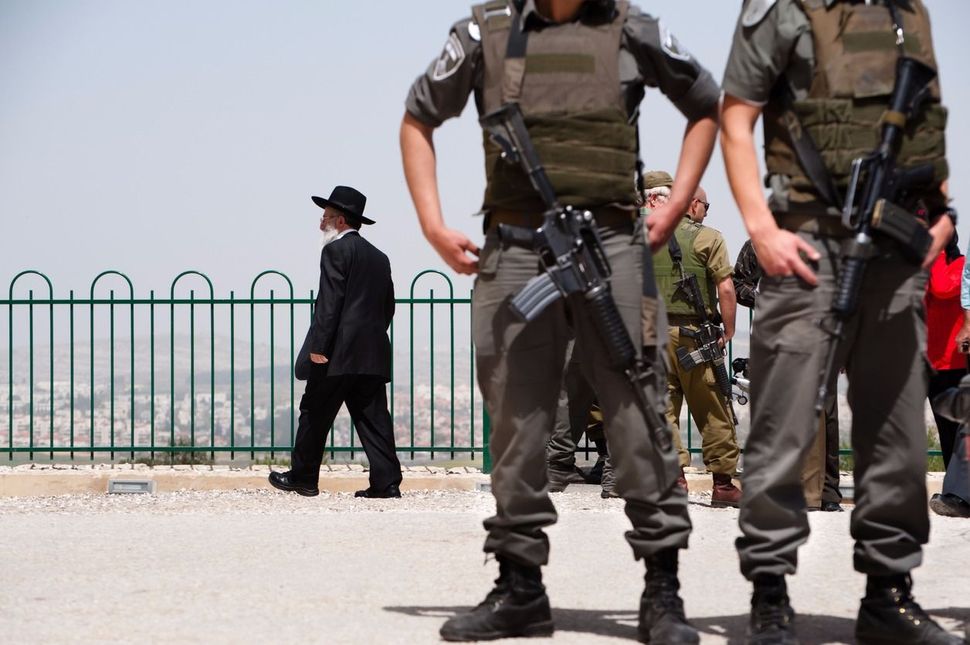 On Monday evening October 23, there were big protests in Jerusalem in which approximately 2,000 Charedi Israelis blocked traffic and stopped local and regional public transportation from functioning properly for a few hours. These actions took place in response to the arrest by the IDF’s military police of two Charedi Israeli men who did not register with the army (even though they could still be exempt from actually enlisting once they provide a proper letter from their Rosh Yeshiva, head of a religious house of study).

I do not identify as Charedi, but I do live in multiple worlds.

I am not a full-fledged member of either the secular or the Charedi community, but I take part in experiences of different sectors of Israeli society. Though this can at times be a challenge, I see it as a blessing.

I am currently studying full-time in a yeshiva, where most of my rabbis are members of the Charedi community and live in Charedi neighborhoods in Jerusalem. We learn Torah, Talmud, and Jewish Law for twelve hours every day. I think that this traditional approach to learning Jewish texts has a lot to offer.

I also consider myself a social and political activist. I make time to participate in demonstrations, dialogues, and meetings related to Israeli-Palestinian coexistence and other domestic issues here in Israel. From speaking with other people involved in this work, it is clear that most interact very little or not at all with the Charedi world.

Over the past few years I have spent more and more time with Charedi Jews. From informal conversations to formal yeshiva classes, to being invited to Shabbat and holiday meals, and even simchas, I have not met any Charedim in Israel who support these protests. Not one. Clearly, they exist -– and I do not intend to claim that 2,000 is a small number. But relatively speaking, we are dealing with such a small fraction of Charedi society. 2,000 people is wholly insignificant in the context of which assumptions can and cannot be made about the political and social views of the Charedi community.

There are nearly 1 million Charedim in Israel, and about 20% of them live in Jerusalem. There are approximately 150,000-200,000 Charedim in Jerusalem, about one-third of the city’s Jewish population.

Not even 2% of Jerusalem Charedim showed up to these demonstrations. The vast majority of Israeli Charedim do not support this form of protest.

Charedim are expected to comprise one-fifth of the Israeli population in another decade.

This means that in the Israeli/Jewish/Zionist discourse, we must stop asking: “What are we going to do about the Charedim?”

Because we have two options.

Either in twenty years we can ask ourselves: “What are the Charedim going to do about us?”

Or, right now we can ask: “How can we work together to create a sustainable model of a shared society of Charedim and non-Charedim in Israel without casting each other farther and farther apart?”