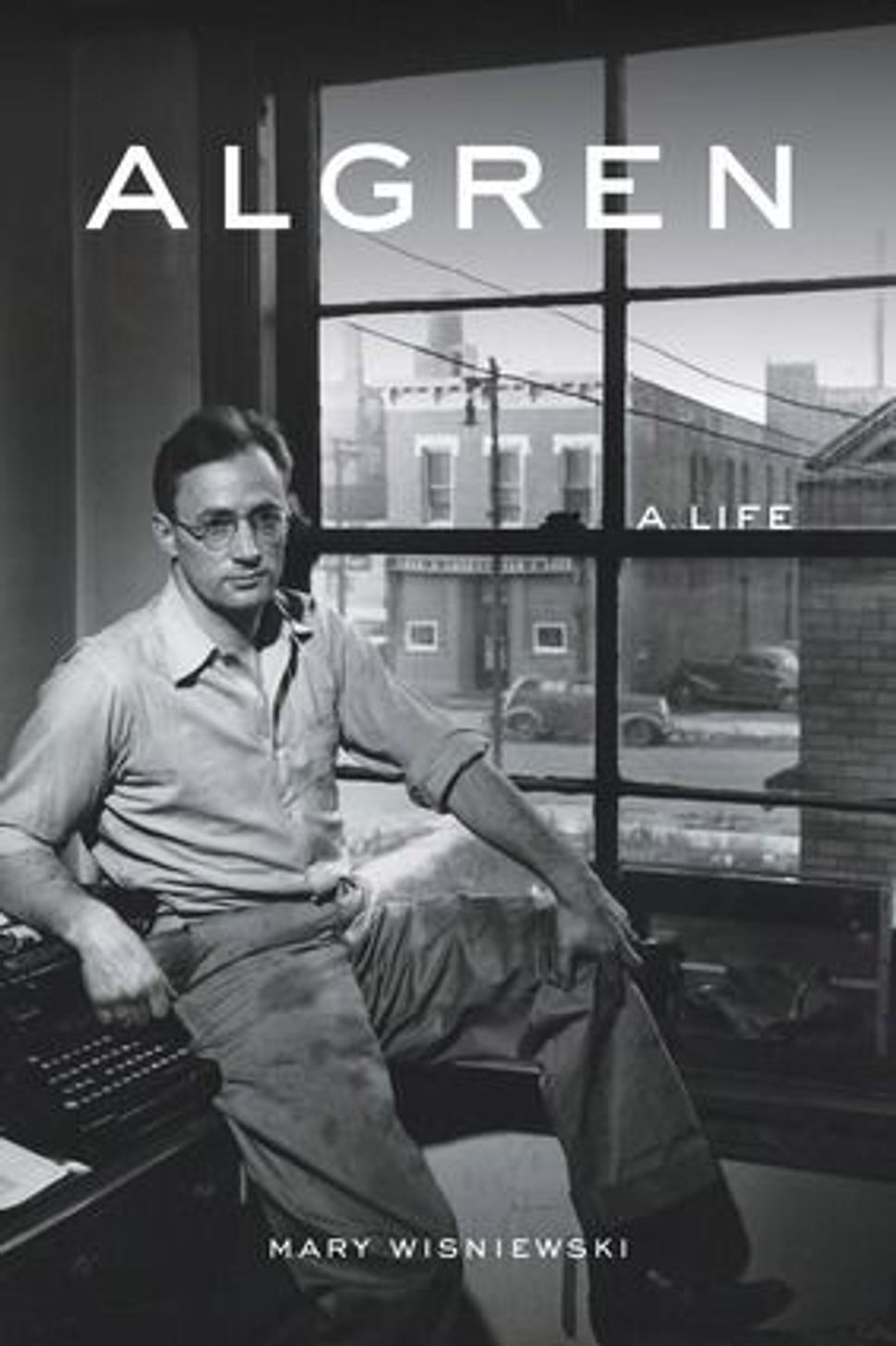 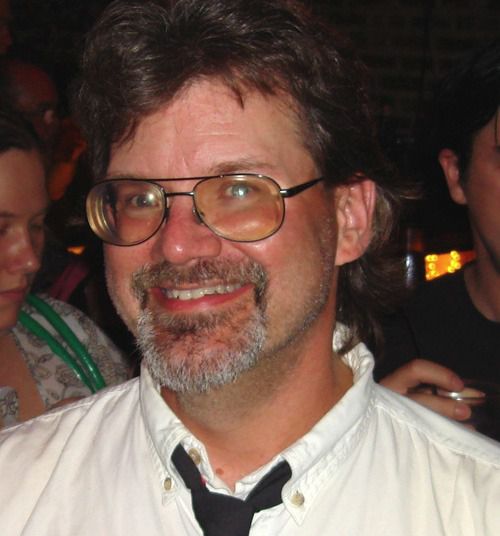 In the Jewish mystical tradition, or Kabbalah, words are the active ingredient of the mortal physical world and the building blocks of creation. The Almighty literally spoke the world we all know into existence. A competent mystic would create amulets for protection, banishment or otherwise favorable fortune by inscribing appropriate words on bowls or scraps of parchment. A master mystic or tzaddik could even create and animate life itself by inscribing the proper combinations of the sacred Hebrew alphabet, as Rabbi Judah Leow of Prague had once created the infamous Golem out of mud from the banks of the Vitava River to protect his community from harmful political policies, albeit with unforeseen consequences.

Nelson Algren arranged letters into words to create stories about a place and characters to fill it. Biographer Mary Wisniewski has produced a volume that reflects Algren’s life struggles with the harsh realities of American society, primarily for those who live and exist on its margins, as well as his labors with the plots and circumstances animating the characters of the literary worlds of novels like “Never Come Morning,” “The Man With The Golden Arm,” “A Walk On The Wild Side.” “Nelson Algren’s first memory,” Wisniewski begins, “was of getting lost, looking for a hero.”

Born Nelson Ahlgren Abraham to Chicago transplants while living in Detroit, Nelson Algren spent his life in search of a place where he could refine his own character – if it wasn’t New Orleans, it could be New York. But even as he spent the final months of his life and was ultimately buried in Sag Habor, New York, his place in this world was Chicago.

In Chicago, it is possible that one may assume a whole new identity by moving from one part of town to another, whether the neighborhoods of the South Side Irish or the “Jewtown” of Maxwell Street. Algren landed in the predominantly Polish northwest side neighborhood of Wicker Park. “It was more than just an ethnic neighborhood; it was a world — a dense community of ornate Roman Catholic cathedrals, funeral parlors, barber shops, sausage factories, tailors, restaurants, bakeries, delis, produce packers, banks, music stores, fraternal organizations, choral groups, theatrical companies, and orchestras, with four daily newspapers to cover it all.” Algren’s friend and colleague Dave Peltz, Wisniewski writes, “thought Algren ‘had a tremendous feeling for the underclass Pole’ and used the Polish ghetto as a surrogate for the Jewish ghetto he had rejected. It was a ghetto, but it was not a slum, as outsiders writing about Nelson’s novels would often assume.”

Jewish identity was not strong in the Abraham home. Algren was the only son out of three children to Gerson Abraham and Goldie Kalisher and the youngest after his two sisters. “German,” Wisniewski writes, “not lower-class Yiddish, was spoken at Grandpa Kalsiher’s home,” by way of illustrating the long roots of Algren’s non-observance and shaky Jewish identity. “Goldie’s parents, Louis and Gette, were middle-class German Jews who came from Prussia to Chicago in the nineteenth century, and became embarrassed at the Polish Jews who followed them and looked so Jewish, with their yarmulkes, beards, and prayer shawls.”

Algren’s paternal side had a different kind of immigrant story and one that he drew heavily from in crafting the characters that populated his art; “the renegade, the lunatic, the crook.”

With an education of hustle, college and drifting, Algren published his first novel, “Somebody in Boots,” with no commercial success but he would go on to earn some literary traction thanks to President Roosevelt’s Federal Writers’ Project of the Works Progress Administration. Algren started working for a base salary of $87 per month in the WPA’s Chicago project in the summer of 1936 along with the likes of Saul Bellow and Louis “Studs” Terkel. Terkel became one of Algren’s lifelong friends but with Bellow, “It was the start of a lifetime of mutual antipathy.”

One of the foremost treats of “Algren: A Life” is Wisniewski’s synopses of Algren’s stories as juxtaposed with the phases and places of Algren’s own story. Later referring to the characters in Algren’s The Neon Wilderness, “Terkel wrote that Algren’s characters ‘are clowns, that speak to you about what it means to be human. Nelson himself was like that’.” Algren’s work was not necessarily appreciated or even welcomed by the neighborhood community that inspired his stories. His novels “Never Come Morning” and “The Man with the Golden Arm” were met with protests from the institutional leadership of Chicago’s Polish community, including a campaign opposed to the book being included in public library branches. “The fact that Algren was not Polish likely contributed to the controversy – Saul Bellow, writing later about lower-class Jews in Chicago’s Humboldt Park neighborhood in “The Adventures of Augie March,” was at least one of their own.”

While being investigated by J. Edgar Hoover’s FBI for suspicion of Communist affiliation, Algren would serve in Europe during World War II. Upon his return home from service he would strike up a long and complicated relationship with French intellectual Simone de Beauvoir, who was already in an open relationship with the existentialist luminary Jean-Paul Sartre, wherein Algren unpacked a lot of baggage and dumped it on Beauvoir, as well. Beauvoir wrote of their relationship in her book “The Mandarins” in fictionalized form and again later in her autobiographical work “Force of Circumstance.” “As he does in all his novels,” Wisniewski writes, “Algren offers love as a golden thread leading out of hell, a way to redemption, if someone can only hang onto it long enough. But no one ever does.”

While Algren would claim that he paid little attention to the critical reviews of his work, he would become later in life a prolific reviewer himself and he was not above taking some retaliatory swipes in the course of a review. Algren referred to Norman Podhoretz of Commentary magazine as “Justin Poodlespitz” and Leslie Fiedler as “Leslie Fleacure.” While Podhoretz had not yet abandoned the political left at the time of his New Yorker review of A Walk On The Wild Side, scolding Algren for “his theory that the underclass was better than respectable people,” Wisniewski identifies it as foreshadowing his eventual leadership in the neoconservative movement.

Throughout his life Algren made friends that he would almost easily alienate and he was married three times, twice to the same woman. He died single but not alone nor unhappy when he suffered a fatal heart attack in his home on the morning of a party he had planned to host for his election to the American Academy and Institute of Arts and Letters.

Alarmed by a blood libel aimed at the sixteenth century Jewish community, Rabbi Judah Loew of Prague created the Golem out of mud from the Vitava River and animated his creation by inscribing the ineffable name of the Almighty into the clay skin of the Golem. On the eve of the Sabbath, Rabbi Leow would remove the letters from the clay in keeping with the Commandments. As legend has it, one Friday evening Rabbi Loew neglected to remove the powerful inscription and the Golem went on a murderous rampage.

Likewise, Algren’s twentieth century search for a hero led him on a life of creative humanization in which the visceral nature of art hits us in the same place where hate comes from but “offers love as a golden thread leading out of hell,” where art can inoculate us from otherwise destructive narratives of fear and resentment that rob our lives of love’s redemption. “Algren: A Life” is an insightful telling of an author’s processes and his relationship to the worlds he created and the words he used to create them.