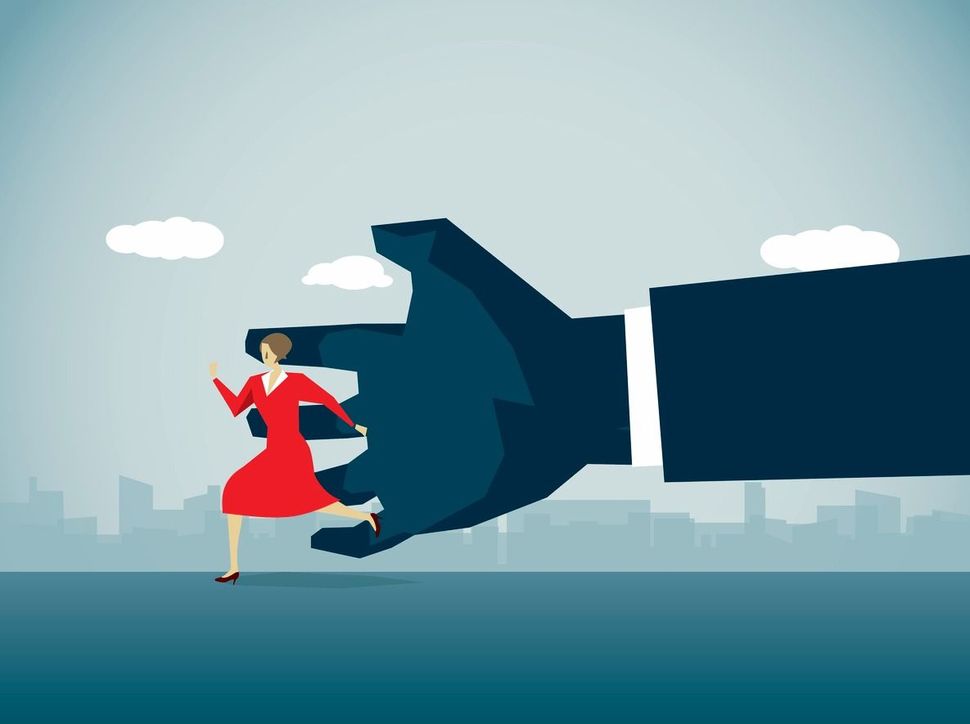 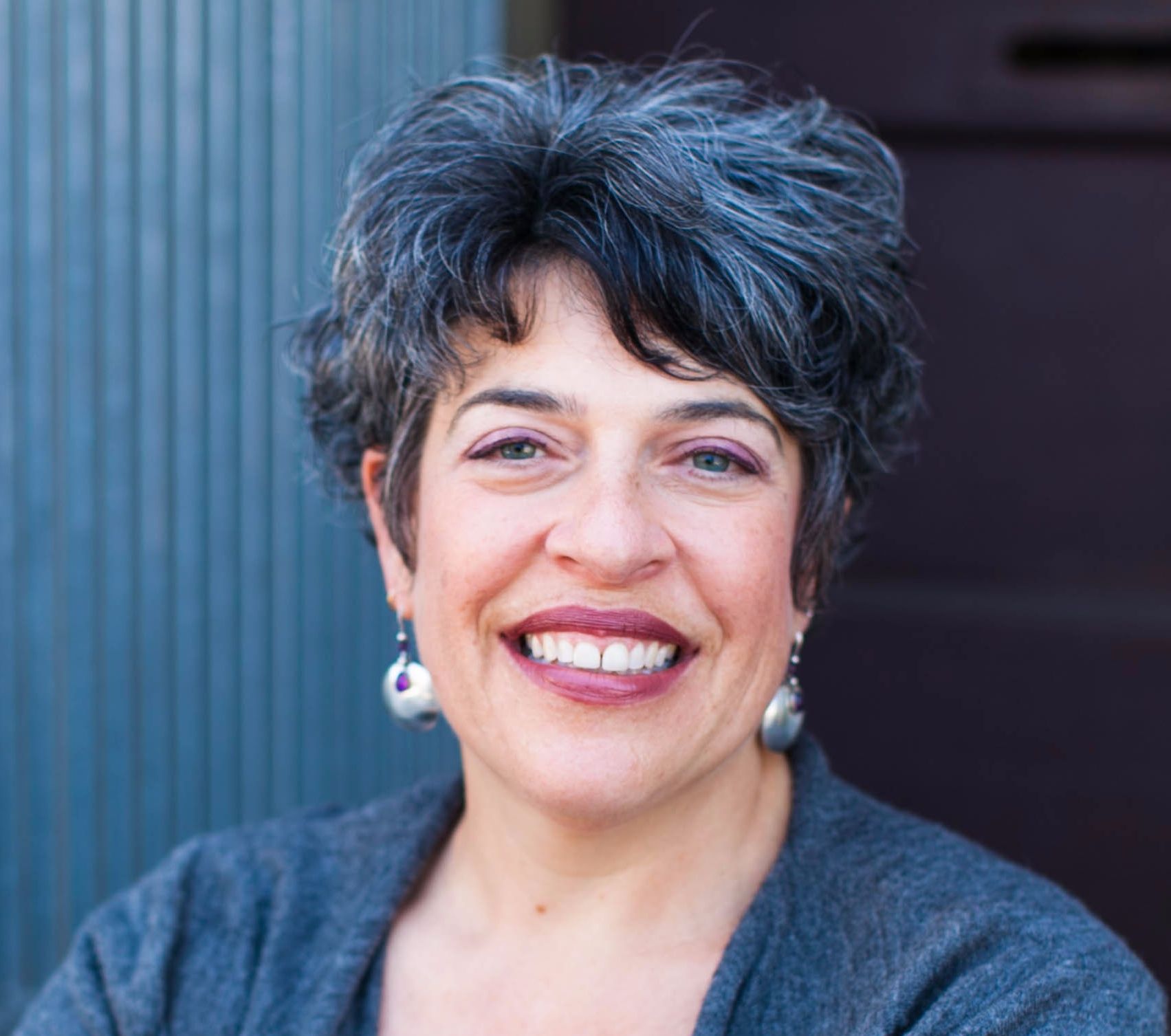 The recent, long overdue accountability of Hollywood mogul Harvey Weinstein’s sexual harassment of women, and the #metoo speakout on social media, has reignited questions and concerns about power, complicity and abuse.

When people envision a typical caricature of an abusive partner, often it is assumed that an abuser is a stereotypical politically conservative heterosexual male who holds very sexist beliefs about women, which are reflected in his behavior. Many liberals and progressives mistakenly assume that perpetrators are always right-wing woman-haters.

Unfortunately, friends, family members and the Jewish community often collude with the silence and secrecy surrounding the abuse if the perpetrator is a big macher in the community. Sometimes the abuser has a public persona as a lefty, pro-feminist man, or as a charismatic spiritual leader with liberal or progressive political opinions, yet qualifies as what Nona Willis Aronowitz called a woke misogynist:

“The woke misogynist is a guy who talks a big game about gender equality and consent, uses vocabulary like “triggering” without rolling his eyes, wears a pussy hat to the Women’s March, prefers to fuck feminists and may freely call himself one, too — then turns around and harasses you, assaults you, or belittles you.”

This self-appointed male feminist may or may not use physical violence, but exerts power and control over his female partner using emotional and financial abuse, humiliation and domination.

I have seen this pattern too often in the Jewish community and, more personally, in my mother’s second marriage. That husband exemplified the description of the Jewish woke misogynist. He presented himself as a spiritual, enlightened, progressive civil rights activist who espoused liberal and progressive beliefs; however, privately he was emotionally abusive to my mother (z’’l), and we learned of more evidence of some of the hidden behaviors from letters and journals after her death. And there are others like him: leaders, rabbis, scholars, executives, activists in our community who present a false self to the community while their actual abusive behavior is hidden or invisible.

Woke misogynists are far too common in the Jewish community. We have an opportunity to make collective teshuvah, repentance, by refusing to participate in denial, hiding or protecting the abuser for fear of retaliation — or fear of seeing the truth of our own yetzer hara, evil inclination.

Jewish ethics, specifically the spiritual practice of Mussar, offer tools and resources for engaging with our our middot, soul traits or measures of our souls. Mussar’s origins are over 1,000 years old, while the modern Mussar movement is based primarily on the teachings of Rabbi Israel Salanter (Lithuania, 1800s). Mussar offers a process of awareness and self-examination of the habits, thoughts and behaviors that obstruct us from radiating the pure light of our soul’s holiness.

Several specific middot and Jewish ethical practices lend themselves well to the communal conversation about woke misogynists. For example:

Anavah—humility, occupying an appropriate amount of space, while leaving room for others

Lo levayesh — do not embarrass

Lo Ta’amod al Dam Rayecha — Do not stand idly by

In Mussar practice, we immerse ourselves in sacred texts, self-reflection, meditation and prayer for each middah in order to work with our “spiritual curriculum.” An ethical response to the woke misogynists in our community invites us to address the urgent need for such a process of self-reflection and examination, individually and collectively.

Have we stood idly by after witnessing the abusive behavior of a woke misogynist? Have we observed the shaming of another person? Have we seen or felt a lack of humility in ourselves or in someone else that has resulted in hurting someone else? How has being out of balance with anavah affected our relationship with God?

Not only do we need to engage in ethical and spiritual reflection, we also need skillful listening and support. It would be wonderful to have shlichim shalom, ambassadors of peace within our community; safe, compassionate and well-trained people in our synagogues, social service agencies, minyanim, communal organizations, schools, camps (etc.) who will serve as visible advocates and as support people. These may be teachers, spiritual directors, social workers, volunteers or other leaders.

Addressing Jewish woke misogyny in our community is not just a psycho-spiritual issue; it is a social justice issue. Tikkun olam obliges us to engage in the healing and repair of the world; to do so requires seeing and responding to the sources of oppression, brokenness and suffering, including those within our own community.

Karen Lee Erlichman, D.Min, LCSW provides psychotherapy, spiritual direction, supervision and mentoring in San Francisco. Her writing appears regularly on her own blog, and has been published in numerous journals, blogs and anthologies, including Presence: An International Journal of Spiritual Direction, Zeek, Tikkun, Sh’ma and Women and Therapy.