Are Our Popular Expressions In Line With Torah Values? 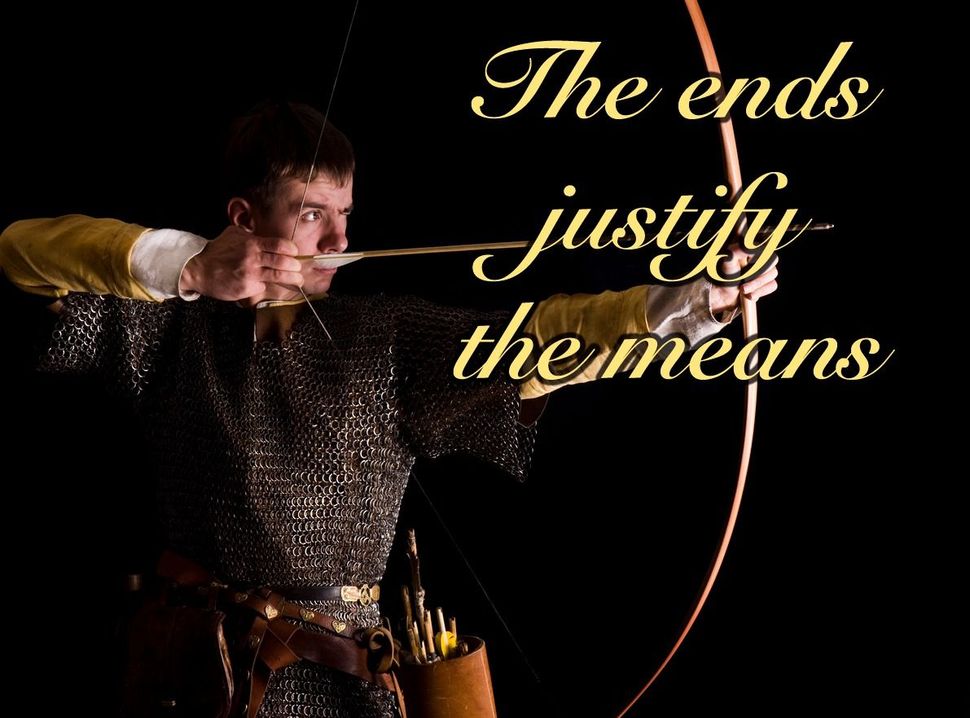 Recently, I’ve been thinking of the many moralistic adages and maxims that pepper our daily conversations with family and friends, curious to see how many of them are consistent with Torah thought and values. What I’ve discovered is that while some of the most famous English adages seem to have been plucked straight out of Tanach (The Five Books of the Torah, the Prophets and the Writings), others, though quoted frequently and with an air of authenticity, directly contradict thousands of years of Jewish tradition.

Take the phrase, “Two heads are better than one.” Although the exact phraseology is first recorded by the English writer John Heywood in his collection of English proverbs (1546), it was probably inspired by King Solomon’s wise statement in Kohelet (Ecclesiastes) (4:9), “Therefore two are better than one, for they may well enjoy the profit of their labor.”

Another expression, “Two wrongs do not make a right,” though not a direct play on a Biblical verse, calls upon us to not take revenge, itself a Biblical prohibition, and the saying “Honesty is the best policy” is certainly meant in much the same vain as the Biblical verse “Distance yourself from a false matter” (Shemot 23:7).

Other adages find similar expression in the oral tradition of the Mishna, most notably in the ethical teachings found in Pirkei Avot (Ethics of the Fathers).

“There’s no time like the present,” certainly sounds alot like Hillel’s statement (Avot 1:14), “And if not now, when?”

“Actions speak louder than words,” is meant in the same vain as Shamai’s directive (Avot 1:15), “Say little and do much.”

And the oft stated maxim “Don’t judge a book by its cover,” appears much like an adaptation of Rabbi Meir’s exhortation (Avot 4:27), “Do not look at the container, but at what there is in it.”

On the other hand we have the phrase, “Sticks and stones may break my bones but words will never hurt me.” This expression is recorded to have appeared in the Christian Recorder of March 1862 as an “old adage,” and though meant to persuade the child victim of name-calling to ignore the taunt, refrain from physical retaliation and remain calm, the phrase in and of itself is most certainly inconsistent with Jewish tradition which has always recognized the depth of pain that verbal insults can afflict upon their intended victim. Besides the Torah prohibition of hurting someone with words (onaat devarim), the Torah includes a special prohibition against humiliating others (Sefer Ha-Mitzvos, lo ta’aseh 303), a sin which the sages of the Talmud compare to murder (pointing out that the blood leaves a person’s face).

And what of the the old proverb, “Children should be seen and not heard?” The author of this ditty had obviously never attended a Pesach seder!

There is, however, one phrase in particular that more than all others captured my attention. It is a phrase steeped in great moral complexity, and for that reason has been rendered into two opposing statements over time. It was the Roman poet Ovid (43 BCE – 17/18 CE) who wrote in his collection Heroides (II:83) that, “the result justifies the deed.” This would give rise to the modern rendition, “The end justifies the means.” (It is Niccolò Machiavelli (1469 – 1527), the father of modern political science, who is often quoted as championing this position in his renowned work The Prince, but that is a matter of scholarly debate, many arguing that his approach was much more nuanced than any one citation might reveal.)

On the other hand we have the counter expression, “The end doesn’t justify the means,” which seems to have developed as a response to the earlier common phrase.

So, what does Judaism have to say about this moral conundrum? May one be as Robin Hood, stealing from the rich to give to the poor? As in everything in Torah, the answer is nuanced, each scenario requiring its own halachic assessment. On the one hand one may violate all of the commandments of the Torah (lying, cheating, stealing etc.) in order to fulfill the supreme mitzvah of saving a life (the only exceptions being the three cardinal sins of murder, idolatry and sexual immorality). On the other hand, the Talmud (Sukka 30a) rules that one may not fulfill a mitzva by means of a sin (a’ la Robin Hood).

It would seem, then, that the general rule of thumb in Judaism is that the ends do not justify the means, but that there are extenuating circumstances which necessitate certain evils for the sake of much greater goods.

It seems to me that G-d, too, adheres by the overarching principle of the ends not justifying the means. In the story of the Covenant of the Parts we read of G-d’s promise to Abraham that after much suffering under the hands of a foreign nation his children would one day come to inherit the land of Canaan.

The Torah records: “And the fourth generation shall return here, for the iniquity of the Amorite shall not yet be full until then. (Breishit 15:16)”

Rashi (1040-1105), the primary commentator on the Torah, illustrates that G-d was explaining to Abraham why He could not bring the Jewish people to the Holy Land any earlier than the fourth generation. The reason: Delivering the Jewish nation into Canaan would mean the expulsion of the native Amorites from the land, and G-d could not exile the Amorites from the land any earlier than the fourth generation, a time when (G-d knew that) their sins would have accumulated enough to be worthy of the punishment of exile.

You see, G-d, too, had a “mitzva.” He was to bring the holy nation, into the holy land. And yet, His message for all generations is that even such a monumental deed could not be done at the expense of a nation not yet worthy of exile. Such a supernatural orchestration of events would be the divine equivalent of a mitzva brought about through a sin. And such an action is no mitzva at all!

It would certainly be interesting if we all examined the phrases we use most commonly in our lives, consider their deeper meanings and reflect upon whether or not they are consistent with our tradition. I am quite sure you will similarly find it a rewarding experience.

Are Our Popular Expressions In Line With Torah Values?