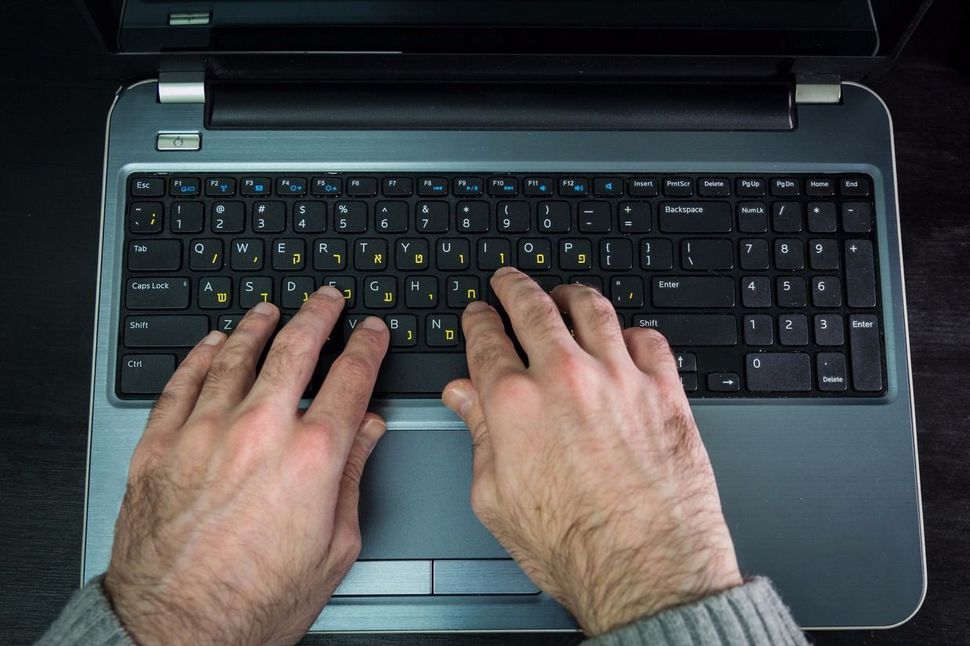 Picture Naftali Bennett and Bibi Netanyahu meeting in a dark basement under the Ministry for Diaspora Affairs and, by the light of a single candle, recommitting themselves to a secret plan to win the hearts and minds of impressionable American youths.

This is how I imagine the Israeli government making the decision to collect the contact information for 350,000 American Jewish college students.

This plan, of course, is not so secret. Birthright provides all-expenses-paid trips to the Holy Land – and could reach even more Jews with a little help from big data. I imagine that Bibi sat in a big leather chair and tapped his fingers on the armrest. “So we have a plan?” he asked, and Bennett nodded his head once. They embraced. And 1,641 miles away in the heart of Moscow an up-and-coming Russian hacker woke from a fitful sleep and muttered, “Something wonderful has happened.”

Haaretz broke a story in October detailing the Israeli government’s plan to create a contact database of all Jewish college students in the United States. A huge list chock-full of our phone numbers, emails, social media handles — the works. The Ministry of Diaspora Affairs created this project to aid in “outreach efforts” and planned to run it through Mosaic United, a private company they created. Soon after the news broke, Hillel International threatened to cut ties with the Israeli government if the plan went forward, and the project was subsequently put on hold. As of now, it is unclear whether they will resume with the database at a later date or if it has been permanently canceled.

Glossing over the fact that the Israeli government seems to be running plays straight out of George Orwell’s “1984,” I would like to take this bizarre moment as an opportunity to thank Hillel International. Hillel: We have not always gotten along, you and I, but you finally did it. You used your enormous power and influence to advocate for the rights of the Jewish students in your care. You told the Ministry of Diaspora Affairs to stop acting like Bond villains and it totally worked, at least for now. I hope that you continue to fight this project in all of its future forms so that Jewish students can continue to feel safe attending your events and giving you their information.

Second, I want to thank Haaretz. Three cheers for the free press, am I right? Without dedicated, hard-working journalists, this story would never have been brought to light and Bibi would be converting the Ministry of Diaspora Affairs’ dingy basement into a high-tech computer lab right now. This is yet another example of how crucial journalism is to a free and functional society. And it is stories like these — stories that reveal abuses of power, stories that help organizations, like Hillel, to do the right thing —that inspire me to be a journalist.

Lastly, I would like to address the Israeli government directly, because we need to talk. For a country created in response to the Holocaust, this database idea is an entirely new level of cultural insensitivity. This plan overlooks generations of fear and annihilation at the hands of bad governments and is tailor-made to terrify everybody. In another Haaretz piece published after the original story broke, the chairman of the World Union of Jewish Students, Yosef Tarshish, is quoted saying that a Jewish student database “smacks of something KGB-like.” He’s absolutely right. This is the kind of governmental behavior my great grandparents fled Russia to escape.

Here is what I would like from the Israeli government right now in relation to this issue: rather than collect data about me in order to trick or coerce me into supporting you, I would like you to take a minute to think about why you are so worried about American college campuses. Studies have shown that U.S. colleges are not hotbeds of anti-Semitic or anti-Israel activity. Most American Jews feel safe at their schools. So ask yourselves, why are you afraid for us if we aren’t afraid?

Call me a cynic, but I don’t think you’re afraid for us at all. You’re afraid for you. You’re afraid of what happens when I go to college and encounter different perspectives on the conflict, perspectives you deem dangerous. You are afraid of what happens when I join J Street U or Jewish Voices for Peace and I stop believing everything I was told. So, you promote Birthright and you demonize BDS measures on campus. And when all of these control measures still don’t work well enough, you hatch a plan that is so crazy bananas, so right out of a 1940s Jewish conspiracy stereotype, that you lose the trust of the people you are trying to reach. So no, Israel, you’re not afraid for me. You’re afraid of me. And that’s just sad.

This whole database ordeal has revealed something important. Israel cares what students think, and that means we have power. If this incident has taught us anything, it’s just how far Israel is willing to go for our support. We can use that power to pull the Israeli government in a positive direction. And when we can’t rely on Hillel to be our voice in this fight, we should use our own voices to say what we won’t stand for. Let’s stand up for justice so that, maybe one day, Jewish students will have a Jewish state that reflects our beliefs, a Jewish state that we can be proud of.

This article is part of the Forward’s campus coverage and first-ever Jewish College Guide. To read more fascinating stories and see our definitive rankings, click here.

Sarah Asch is a Middlebury College student graduating in 2019 with a major in English and creative writing and a minor in Spanish.