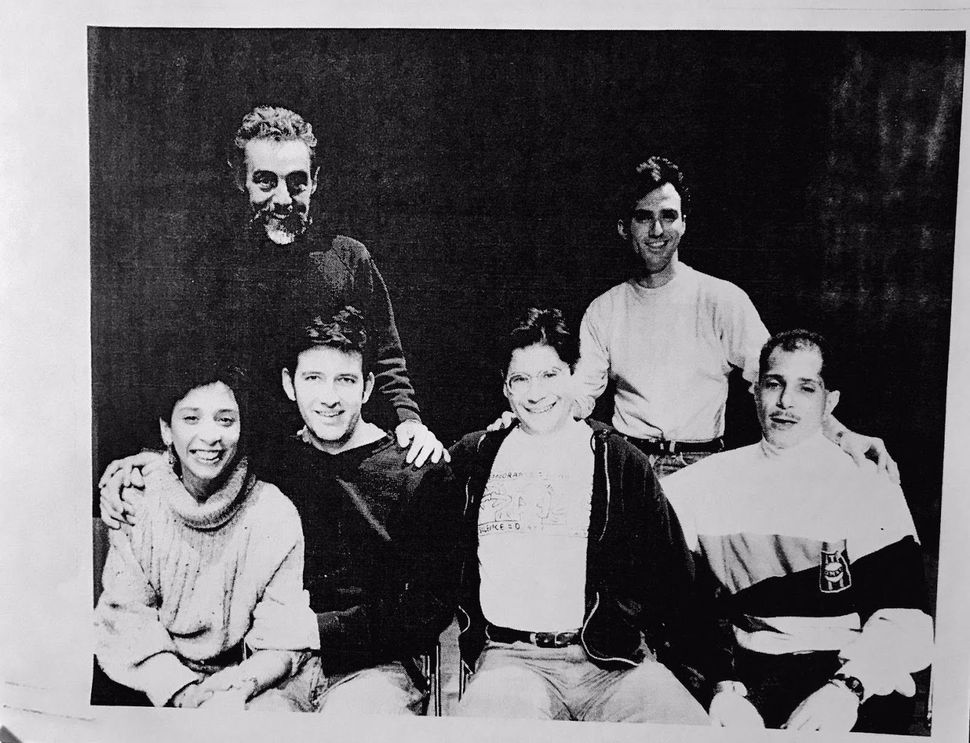 Editor’s note: Danny Jacobs wrote this article in December, 1993 and died of AIDS in March, 1994. This article was submitted by his brother, Eli Jacobs, who is currently pursuing a Master’s Degree program in Creative Non-Fiction Writing at Bar Ilan University. In the memoir he is writing for his thesis, Eli is exploring the life and death of his brother Danny — as a gay man from an Orthodox family.

When I was a little boy I wanted to be an entertainer—to act, sing, be silly, be sad, anything. Put me on stage with a spotlight, or meet me in the backyard on a summer night catching fireflies in a jar. My heart went off to Neverland. Right through college though, my main part in life was nerdy student goody-goody. Occasionally, I sang in a choir. When I turned twenty-five I started singing and acting and even (gasp!) dancing lessons. I got a headshot and an empty resume and started auditioning fearlessly.

I got scores of parts to play over the next ten years. None of them paid; I always had a day job. But evenings and weekends I was a prince, a chicken, a tenor, a mad scientist, a baby, a troll, a flaming queen, a sailor, and more. After the shows there were the bars, the baths, the piers and pickups. Not a bad life.

I tested positive for HIV in November of 1987. In 1988 I left a dead-end day job and started teaching English in a vocational high school in Brooklyn. While my mentor-teacher was trying to calm me before I taught my first class, she put her hand on my arm and said, “I’ve been doing this for thirty-five years. We call it ‘five shows a day’!” I joined a group that met once a month to read a play, but teaching became my work. For three years, I did my five shows a day, and although I had to learn a lot, I loved it.

In the winter of 1990, on the first day of the week that was devoted to AIDS education in all of my English classes, I received the news of a positive result of a biopsy of a KS lesion on the bottom of my right foot. And during that school year, I was out sick on fourteen days with bouts of high fevers, fatigue, and “flu-like” symptoms. By June of 1991, I’s seen another teacher I knew get sick and die so quickly that I gasped and wept when I heard the news.

I decided to stop working and go on disability. I had a great summer with my lover of then one year, Gary, who is HIV negative and an angel. He’s a teacher, too. We travelled to Greece, where I managed to climb to the top of the Parthenon; we swam in the Mediterranean, and we visited my brother and his family in Israel. I introduced them to my boyfriend and told them I had AIDS. When we returned from that trip, I began the process of applying for the benefits to which I am entitled. 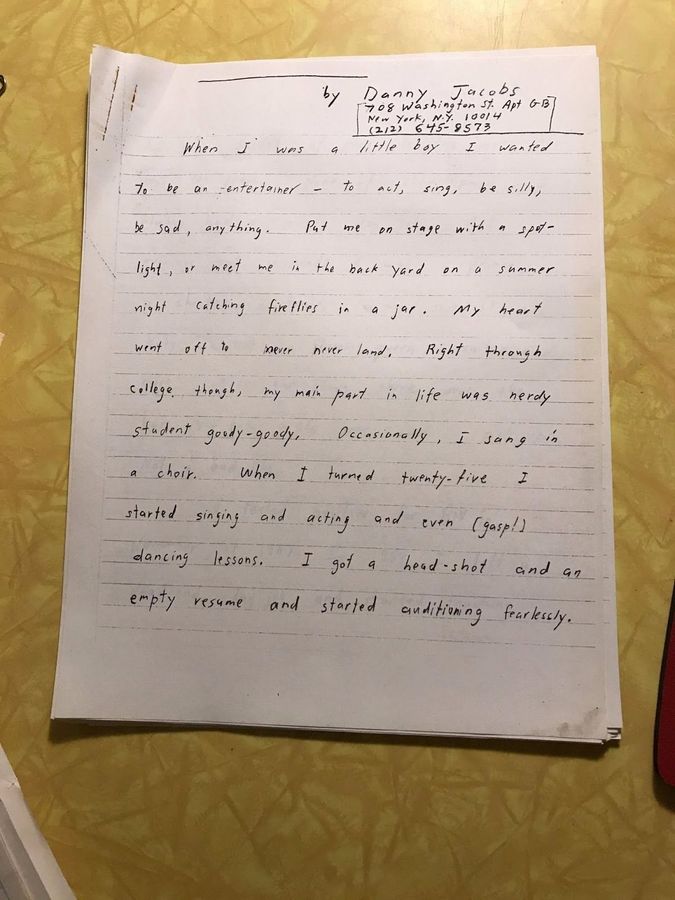 In September, Gary went back to work, and I began to sink. First, another terrible bout of the “flu.” Then, depression. Had I made the wrong choice? My doctor said, “Danny, find some meaningful work, and now, or you will get sick and die sooner than later.” I had recently been shocked when I turned a page of “Newsline” and saw a tribute to Hector Gonzalez. I’d known him, and he had invited me to join the AIDS Theatre Project, but it always scared me. And then I saw a flyer one day at GMHC looking for performers for the ATP and announcing that the actors would be paid. I called Leonce Chabernaud, one of the company’s founding members and new manager of it, and Seth Glassman, the author and director, on Monday, October 7th. That night, I went to rehearsal and listened quietly as Bill, Robin, and Lillian read scenes and monologues which told my story and the stories of my friends with AIDS. After hearing the monologue about a man who fears rejection because he has AIDS but is embraced instead, I began sobbing quietly. Lillian noticed, and asked if I was OK. I told them the story of how I met Hector. Seth gave me a script and told me to return on Wednesday if I were still interested. I was terrified by the thought of doing what seemed an awesome thing and I was compelled to at least try.

I attended the next rehearsal and joined the company in preparing for a performance to be given at F.I.T. on October 31, three weeks away. Seth and the actors took me in and helped me become a member of the company. They were warm and patient with me. The performance at F.I.T., including a question-and-answer session with the audience, was a rousing success. I was a proud, out, gay man with AIDS in a public educational forum. Being in a play will always make me feel like a child playing make believe, but this was real life. I finally understood the power, dignity, and humor of the People with AIDS movement.

The company took some time off. We began rehearsing again without Robin and with two new members, Will and Dmitri. Our goal was a number of performances to be presented in public high-schools. I was psyched. I was coming back with a purpose and a message. Some of my former colleagues were going to come see the show. Then I got sick again. I’m writing this in the lounge of Roosevelt Hospital’s G-10 unite at 3:00 A.M., Tuesday, December 17th. I don’t know if I will return to the AIDS Theatre Project, but I do know that it has changed my life.