This Year, Celebrate The Real Meaning Of Hanukkah 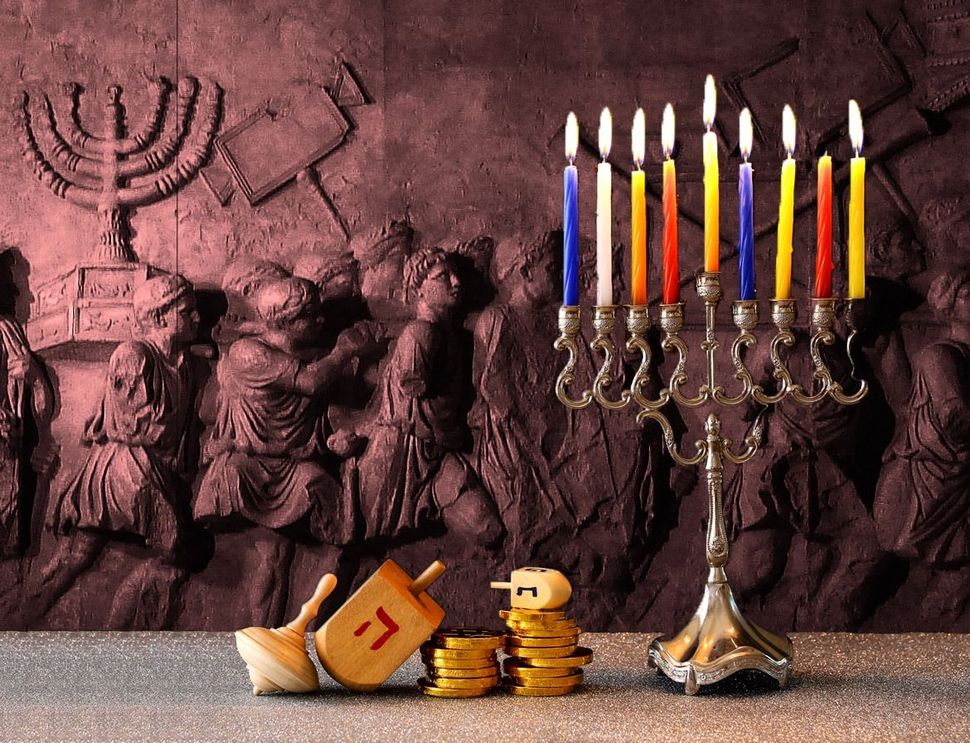 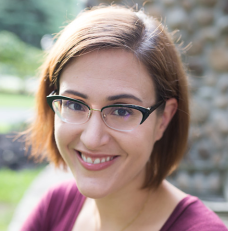 Hanukkah! Time for vodka-latke parties, the lingering smell of oil, and shopping when a retail store is as appealing as a crossfit gym. To be honest, I don’t love it.

Yet Hanukkah was one of the few aspects of Jewish ritual we engaged in as a secular Jewish family, and Mom, I did love the octave-like crescendo of gifts starting with socks and ending with a Barbie Ferrari. Or PJ Sparkles that one year. We lit candles and I watched Lights on repeat until Leonard Nimoy’s voice was basically narrating my dreams. And lemme tell you that film. Holds. Up.

What happened? Like so many aspects of Jewish practice that are easily gilded for children, the luster faded as I entered adulthood. If you quit learning about Hanukkah as soon as you escape Hebrew School, you never get to the good stuff. When I entered a Beit Midrash for the first time at age 24, I found out that Judah Maccabee’s dad, Mattathias, didn’t just refuse to offer sacrifices to Greek gods, he murdered the fellow Jew who did. Got that? Dude killed a fellow Jew for being all like, “Here’s some fancy oil, Zeus.”

Now this, I love.

I love it because it’s complicated and challenging and deeper than a story, however sweet, about oil lasting for eight days. Therefore, as a rabbi who works primarily with post-college, pre-family millennial nones, I embrace Hanukkah for what it is — guerrilla warfare, mad fundamentalism, bananas apocrypha — because what it is is pretty bad ass. All we need to do is publicize the miracle.

Proof positive: This year OneTable will support over 80 hosts around the country to create Hanukkah-Shabbat dinner experiences in December. While not unusual for an organization that focuses exclusively on Shabbat dinner (OneTable-supported dinners create on average 1,500 seats at the table on a weekly basis,) it is telling that of their own accord many of these hosts have created self-identified “Shabbanukah” dinners. The portmanteau may be a stretch, but the intention certainly isn’t. It’s Friday night. It’s the freakin’ weekend. It’s the perfect opportunity to claim a deeply rooted Jewish practice on your own terms.

At OneTable, we believe you can and should become the producer of your own Jewish experiences, and the Shabbat dinner table is a perfect platform to explore who you are as a burgeoning adult in the world. But while celebrating the weekend brings with it a specific set of intuitive rituals for most young people (happy hour, binge watching The X-Files) celebrating Shabbat doesn’t. That’s where we come in. While no two dinners look alike, the basic components of an elevated Friday night experience are universal: good food, good wine, good people. It’s not rocket science, but it does require support, particularly around setting intention, facilitating ritual, and reclaiming the lost art of hospitality.

What’s brilliant about the “Shabbanukah” dinners in particular is that they are so completely yours. You started planning weeks in advance, your dinners are intentionally crafted to include elements of both Shabbat and Hanukkah, and you’ve already reached out to ask your friends and their friends to join you. Any way you spin it, a great miracle is happening here.

In response, we offer resources about the origins of Hanukkah and its place in the Jewish canon. We’re helping you make connections between Shabbat and Hanukkah direct from the sages, who embedded the discussion of Hanukkah in the Talmud amidst debates concerning Friday night candle lighting in tractate Shabbat. You’re talking about the blessings for hadlikat nerot shel Shabbat, and how so many of us sing it to Hanukkah nusach year round. You’re discussing why we celebrate the miraculous oil for eight days when, if you think about it, we had enough oil to last for one day so the miracle is really only seven days. (I know. Sit with that one for a sec.)

You’re also having a broader conversation about religious fundamentalism then and now, and whether or not Judah and his brothers are winners after all. You’re comparing the narrative of the martyrs from Maccabees II and the tractate of Gittin because those stories are wild (and what’s the deal with the mom dying in one version but not the other?). And you’re learning that we just might celebrate Hanukkah for eight days because when the Jewish people finally rededicated the Temple after vanquishing the forces of Antiochus, the first thing we did was catch up on the holidays and celebrate the eight-day festival of Sukkot.

At OneTable we are serious about Shabbat dinner and the magic that happens when you practice hachnasat orchim (hospitality to guests). It’s more than a mitzvah, it’s a gift you give to your guests when you invite them to your table. But Friday night, especially during the gift-giving festival of Hanukkah, is an opportunity for you to give that gift of welcome, inclusion, and acceptance to yourself, your whole self, from PJ Sparkles to R. Kelly to apocryphal lore. Amazing things can happen when you give yourself permission to embrace Judaism on your own terms. What you get isn’t Jewish lite, it’s Jewish light. And that, my friends, is a miracle worth celebrating.

For more information on Hanukkah, check out Chabad or My Jewish Learning.

Jessica Minnen is the Resident Rabbi and Director of Program at OneTable. Originally from Paducah, Kentucky, Jessica is an alumna of Washington University in St. Louis, the Pardes Institute of Jewish Studies, Paideia: The European Institute for Jewish Studies in Sweden, Baltimore Hebrew University, and the Jewish Theological Seminary.

This Year, Celebrate The Real Meaning Of Hanukkah