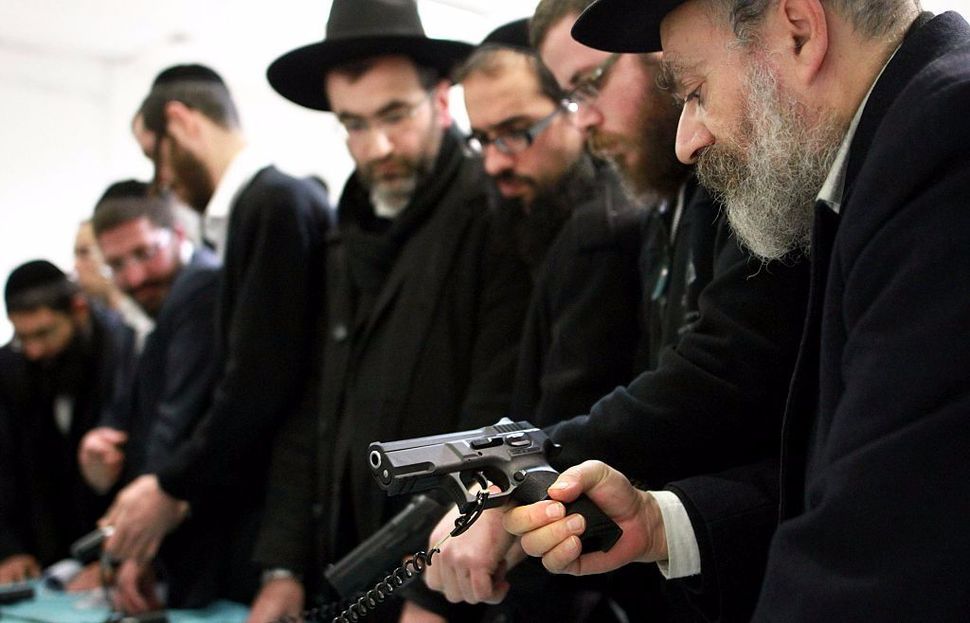 Israeli behavior is the moral analog of Murphy’s Law. Just when you think the Jewish supremacists can’t get any more vulgar or more cynical, they somehow manage to find a new low.

Take Avi Gabbay — the “liberal” opposition’s Netanyahu Lite. Gabbay celebrated his recent elevation to the leadership of Israel’s Labor Party with insults to Palestinian MKs (“I don’t see a single thing that brings us together”) and racist swagger against imagined enemies (“They fire one missile – you fire 20. That’s all they understand”). But even that wasn’t rock bottom for Gabbay. A couple of weeks ago, this faux-moderate-turned-thug also became an expert on Judaism, lecturing an audience at Ben-Gurion University that being really Jewish means forgetting all that muck about “human rights.”

“We are Jews and we need to speak about our Jewish values,” Gabbay said, rejecting the word “liberal” for his political style — though God only knows what “liberal” means in Israel these days. “It all began with our Torah, our halakha [Jewish religious law], and our shared heritage.”

Hear that, Ponevezh? Hear that, Lakewood? We Orthodox Jews only thought we knew something about Jewish law. Goodness, how much time we’ve wasted on all that Talmud study, those spiritual disciplines! We could have chucked it all in favor of Avi Gabbay, who heard on the road to Damascus that real Jews care more about West Bank settlements like Eli (home to armed vandals of Palestinian property) than the Ten Commandments.

But really, folks, it’s not Gabbay I wanted to write about. After all, Orthodox leadership has plenty of experience chewing up Israeli politicians who tread on the rabbis’ turf.

And that’s my question: how did the religious Jewish establishment react to this insult to Judaism, from a man whose only public references to God, as far as I know (“God promised Abraham the entire Land of Israel”), depict the Almighty as a real estate hustler?

With howls of outrage, as it just did to the idea of non-Jewish laborers doing some railroad work on Saturdays? With rioting in the streets, as when an ultra-Orthodox Jew was arrested in Jerusalem for killing his infant son back in 2006?

As far as I can tell, Gabbay’s jaw-dropping slur on Jewish tradition was swallowed in complete silence.

And for religious Jews, that — I fear — is the big story of the moment. Because if we let the Gabbays of the world dictate to us the meaning of our religion, we haven’t got a religion. “A spirit [of piety] is characterized not only by what it does but, no less, by what it permits,” wrote Rabbi Leo Baeck in “Romantic Religion,” his devastating critique of Christianity. “The Christian religion,” Baeck charged, “has been able to maintain silence about so much that it is difficult to say what has been more pernicious in the course of time: the intolerance that committed the wrongs or the indifference that beheld them unperturbed.”

Oh, the cruel tricks of history! Baeck, who survived the Theresienstadt concentration camp, never lived to see a “Jewish state” kill hundreds of unarmed civilians in Gaza (300 of them children) in just over three weeks in the winter of 2008-9 — all with the support of Jewish institutions like the Orthodox Union, whose Rabbi Avi Berman boasted that handing out t’fillin to the soldiers entering the carnage helped “build a sense of comfort” around slaughtering Palestinians. I can only wonder what Baeck would have thought of a religious leadership that could doze through that.

And that wasn’t the last time the rabbinate swallowed Israeli propaganda without a murmur. In October 2015, while a wave of official Israeli terror killed 32 Palestinians in two weeks (according to Ha’aretz, “the Palestinian health ministry…recorded 18 attacks on Palestinian ambulances, with injuries sustained by 20 medical personnel and volunteers en route to treating the injured”), the OU’s Rabbi Tzvi Hersh Weinreb exulted that Jews had danced for Simchat Torah in the very midst of the repression in occupied East Jerusalem.

Do you recall the religious furor over that desecration of a Jewish holiday? Of course you don’t: there wasn’t one.

And how about the 2015 video that showed Israeli soldiers of the Netzach Yehuda Battalion — composed primarily of Orthodox Jews — savagely beating an unarmed and apparently unresisting Palestinian? If Orthodox leadership — the same leadership that waxes apoplectic at the idea of the IDF enlisting yeshiva students — felt any shame at the spectacle of religious Jews behaving like storm troopers, I didn’t hear about it.

I cannot read the minds of our leading Orthodox rabbis, and frankly, given their conduct, I’m not eager to try. But I can juxtapose their behavior against the standards of rabbinic tradition — and the result isn’t pretty. “When judgment is delayed, perverted or corrupted,” declares the Talmud (Shabbath 33a), “sword and spoil increase.” Or, for a modern version of that warning, just listen to Leo Baeck — the same concentration camp survivor I quoted earlier — cautioning in 1955 of the “danger” to Israel of “the Satan of raison d’etat, political reasoning which is prepared to justify anything one wishes to do, which pardons nothing in the opposition and everything in itself, which flees into excuses and in the process loses its way.”

Baeck was describing political opportunism posing as Jewish faith: exactly what Avi Gabbay offered at Ben-Gurion University. But even Baeck didn’t anticipate that this grotesque manqué would be accepted dumbly by religious leaders who claim to speak for Judaism.

The hue and cry over railroad work on Saturday shows that the rabbis do, at least, know something about the special status of the Sabbath in Jewish law. But what did they do when Israel launched its Cast Lead massacre on the Sabbath, killing some 200 people within minutes (and wounding 700 more) — and then blocked aid shipments to Gaza’s desperate population in honor of the holy day?

They slept. Just as most of us seem to be sleeping now.

And that means trouble. Because if we sleep long enough, we’re going to wake up one day to find, like Rip Van Winkle, that the world has changed around us. That Israel is God; that Torah has been replaced with a Zionist version of Manifest Destiny; and that Avi Gabbay and his ilk are the high priests of a tradition we once believed formed a delicate bridge between the grand spiritual struggles of our past and the yearnings invested, over centuries of faith and devotion, in a brighter human future.