Should Neo-Nazis Be Fired From Their Jobs? Not If You Ask Them. 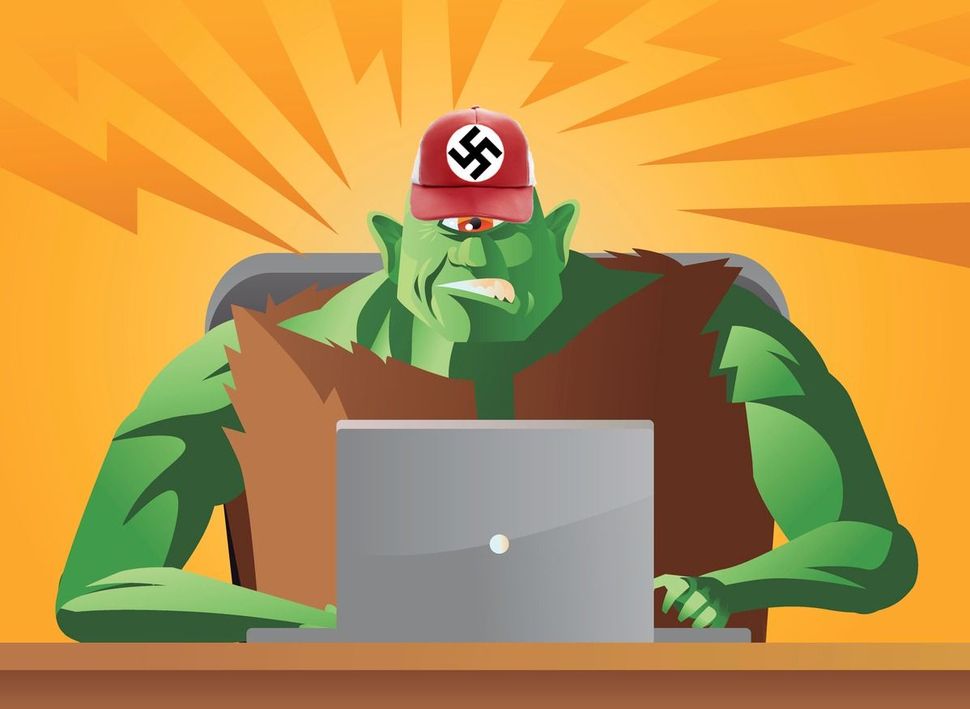 A funny thing happened on the way through our recent Nazi poll.

On November 30, the Forward’s opinion editor inquired of the Twitterverse, asking, “Should neo-Nazis be fired from their jobs?”

Should neo-Nazis be fired from their jobs?

In the first few hours of the poll, the dozens of reactions were mixed and nuanced. Around 60% of respondents were pro-firing Neo-Nazis and roughly 40% against. The comments were also generally nuanced.

“If they are just quietly doing their job, no.. if they walk into work flying a swastika flag that might be a problem,” wrote Twitter user @bbbyluvv.

And then the tweet was shared by several members of the alt-right, and things escalated quickly.

By the end of the 24-hour polling period, just 23% of the 1886 voters agreed that yes, neo-Nazis should be fired from their jobs.

While this result by itself would have been surprising, the level of vitriol was not — at least for anyone aware of how often Jewish journalists are targeted on Twitter.

“What Hollywood movie should we watch to be shown the Jewish interpretation of what a neo-Nazi is?,” asked one LORDMC, an anonymous Twitter user who posts a lot of what appear to be rejected Windows XP desktop backgrounds.

“Should degenerate communist liberals pushing a jobless socialist state be given free helicopter rides?,” a Twitter user whose avatar is a Pepe the Frog wannabe clad in an American flag hoodie chimed in.

“Should Jews be allowed to control the media and financial institutions of nation’s they comprise 2% of the population of?,” added a penguin avatar with 333 followers.

“Should diaspora Jews stop stirring up racial problems in their host nations?,” asked some clever person who uses the avatar of a tiny frog.

These results, for Twitter, are pretty tame. And yet, they illustrate how easily the anonymous alt-right Twitter trolls can be provoked.

But our question still remains:

Should Neo-Nazis be fired from their jobs? Email us your thoughts.

For more on anti-Semitism, visit The United States Holocaust Memorial Museum or the Anti-Defamation League.

Should Neo-Nazis Be Fired From Their Jobs? Not If You Ask Them.