Trump Declared Jerusalem Israel’s Capital — So What Happens Next? 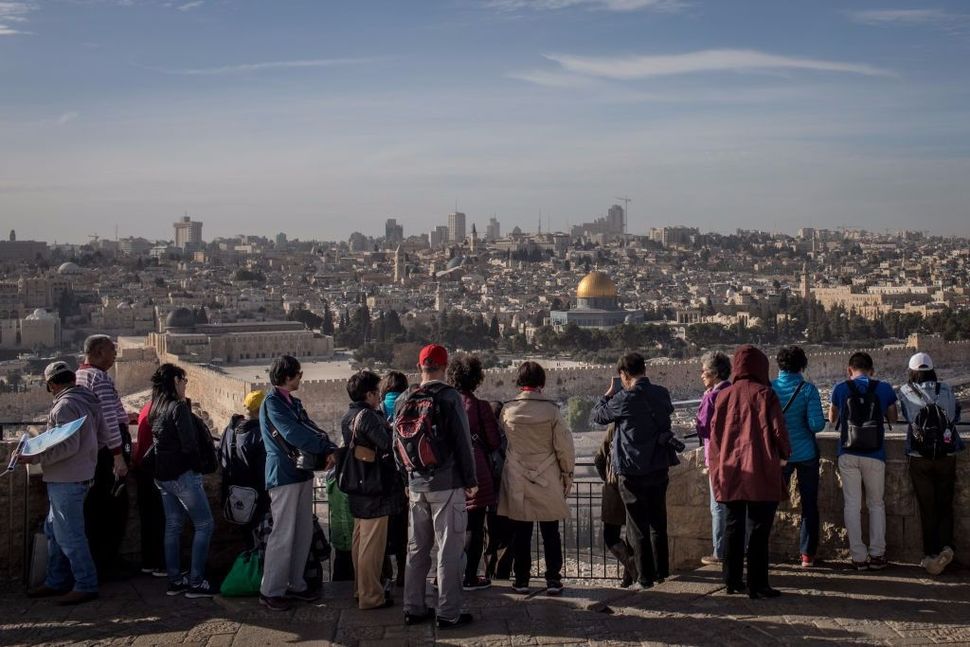 Jerusalem — Be careful what you wish for. The Jewish right in Israel and the United States are doing somersaults and handstands now that the United States has formally recognized “Jerusalem” to be the capital of the State of Israel. As with all things Donald, nothing good is going to come of it, not for the parties to the conflict on the ground, and, one suspects, not for the supporters of the statement. What, after all, does the statement actually entail and what are the possible ramifications?

So what happens now that President Trump has recognized “Jerusalem” as the capital of Israel? One of three possible things, or a combination.

If you read the fine print of the actual text, the Jerusalem statement turns out to be meaningless. It is empty and without content. It actually settles nothing about the final status of the Old City and the Palestinian neighborhoods in East Jerusalem. These remain, even in the document, as disputed territories. The so-called recognition of “Jerusalem” as the capital of Israel is therefore no recognition of Israeli sovereignty in Jerusalem because the identity of the city remains as undefined as it was before the statement was issued. As for the embassy, it won’t be moving for at least another four years. The ballyhooed statement merely kicks the can down the road. The only actual political effect of what turns out to be a misleading but ultimately vague statement is to drum up Trump’s base on the Jewish right and among Christian Zionists. In doing this, the Administration has depressed Palestinian society, undercuts Arab allies of the United States, and stifles what remains of the Jewish left and supporters of the two state solution. After the demonstrations and violence ebb, all that is left is a meaningless political gesture with no necessary repercussions. The statement is not a “serious” one because it defines and does nothing, even as it seems to define and do something.

2: Here is some wishful thinking.

Depending on what happens next, the statement regarding “Jerusalem” could give the Trump Administration or the next Administration leverage with which to squeeze the government of Prime Minister Netanyahu or the next government of Israel to make genuine concessions towards making peace with the Palestinians. The obvious problem with this prognosis is that there is every reason to doubt that the Trump Administration has a workable agenda to promote a genuine peace agreement. So much for “the art of the deal.” Too close to the Israeli position and getting nothing in return, the failure to mention rightful Palestinian claims to East Jerusalem as their own capital reinforces the suspicion that the Administration is unserious about resolving the conflict. Also unserious is the statement, “Without question, Jerusalem is one of the most sensitive issues in those talks. The United States would support a two-state solution if agreed to by both sides.” Since there is good reason to expect zero commitment from Prime Minister Netanyahu to a genuine two state solution, there will not be a two state solution under what seems to be his perpetual watch. With this statement, American support for a two state solution is now only conditional.

3: Supporters of a one state solution to the Israel-Palestine conflict should therefore be thrilled.

At the level of perception, weighing in on a critical final status issue before completing a negotiated settlement locks in the current status quo, which is one of permanent occupation and de facto annexation under the sovereign control of one, single state. By recognizing Jerusalem as the capital of Israel with no mention of East Jerusalem as the future capital of Palestine, what the United States has now done is to harden and formalize the identity of Israel as a bi-national regime with apartheid features in the West Bank. As if on a silver platter, this is the gift of the Jewish right and Donald Trump to the conclusion of the Zionist dream, namely the Jewish and Democratic State Idea, and to the future of a “single secular state” in historic Palestine. At what point will West Bank Palestinians dissolve the Palestinian Authority in order to demand, struggle towards, and one day secure for themselves their full civil rights, including the right to vote as equal citizens in a single political compact that they will one day come to dominate?

For now, the only end in sight is the miserable and violent de facto one-state and anti-democratic status quo which neither Trump nor the Jewish right have any interest in resolving.

Trump Declared Jerusalem Israel’s Capital — So What Happens Next?