My Hanukkah Miracle In A Nursing Home 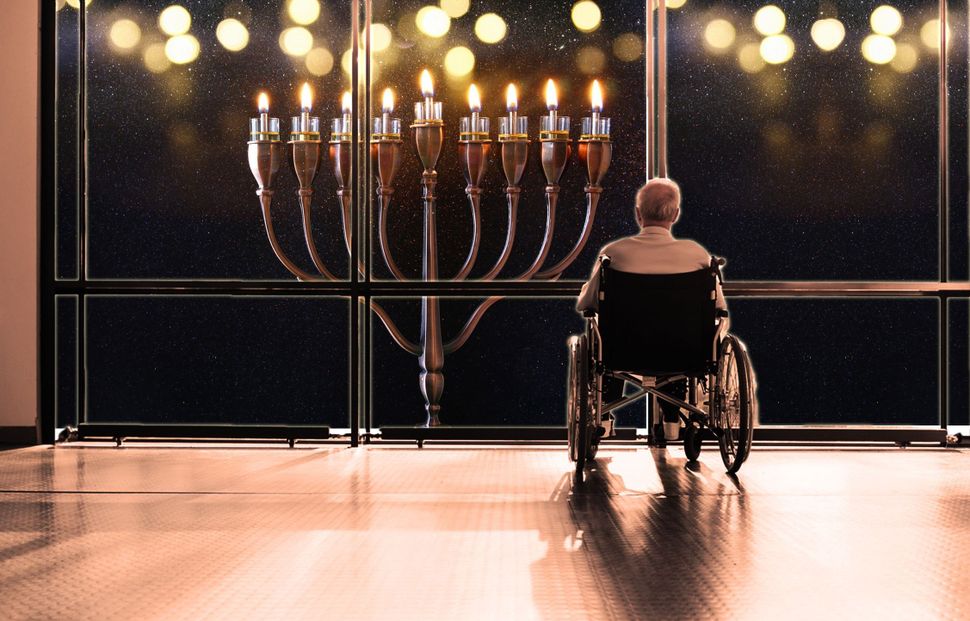 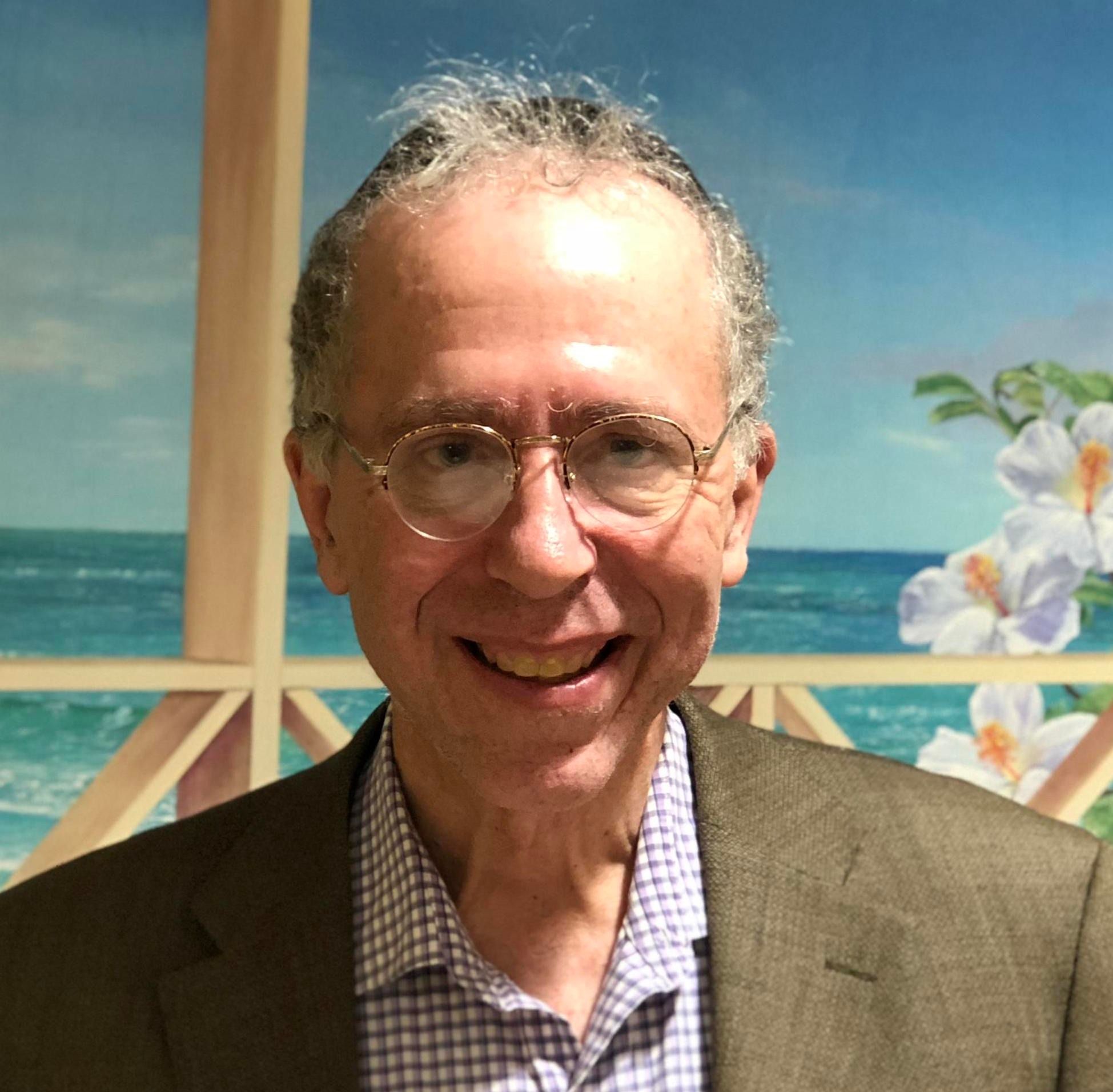 It was the 8th night of Hanukkah, and few of the 80 Jewish residents at the Manhattan nursing home where I worked as a recreation therapist worked really cared. The overwhelmingly non-Jewish residents celebrated with trees, special programs, and greetings relating to their holiday.

But nevertheless, I made a Hanukkah party, which was heartening for those who attended, but afterwards they were left with only one small electric menorah to celebrate the momentous events culminating in Hanukkah. The home administration had no interest in publicizing the holiday, but I could at least try to bring its light there, making sure that the lone menorah would reflect each night of Hanukkah. Before leaving every day, I turned the bulbs to the right number for that evening. It pained me that the Jews there, who had lost so much of their physical and cognitive health, also had their spirituality ignored.

The days of Hanukkah went by routinely, except for when I sang a few holiday songs for the five Jews in my group. At least I lit a little spark when turning the next bulb before leaving, bringing more light into the recreation room. That Sunday afternoon I anticipated driving to Philadelphia to join my family for the last candle.

It was cold and raw outside, and the Home’s residents reflected the dismal weather. At 4:30 pm, I headed down the long hallway to light the 8th “candle.” Our people deserved to have the holiday publicized!

I had to turn a small piece of orange glass about an inch clockwise before I left the impersonal newness of New York to the warm embrace of family in Philadelphia. Each night the bulbs had worked perfectly, but perhaps I needed to learn never to take anything for granted.

A drama instructor would have admired my reaction of “stunned disbelief” as I turned the eighth bulb of the menorah. Why now was it not working? I had given my all for the week’s work, and l didn’t have time for this — I wanted to go home!

I fidgeted with the bulb, to no avail. I had gone beyond the call of duty. No other Jewish employee had taken an interest in this menorah… so why should I?

No matter— I knew that I would delay my trip home to look for a replacement bulb. I recalled a hardware store five blocks away, but when I got there the clerk there had no such bulbs. I tried another place with no better luck. Chilled to the bone, I began to head back when I remembered a small shul nearby. As I pulled up to it, the men were leaving. My silent prayer that the door not be locked was answered. I entered, dismayed that the room seemed empty.

“Hello,” I called; why was the door open if nobody was there?

I turned to see an elderly man whom I knew fairly well. “Louis, it’s great to see you,” I said.

“What brings you out on such a night?” he asked. “I was just about to leave.”

When I told him what I needed, he laughed. “We haven’t used an electric menorah in 20 years!”

“Oh well,” I said. “I thought it was worth a try.” I turned to leave and was halfway out when he called me back.

“We used to have an electric menorah… I could check if there are still bulbs.”

“Thank you so much!” I said, relieved at the idea that this night could have a successful outcome after all. He lifted up a floorboard in the lobby.

“It’s down here,” he said, handing me a flashlight, and climbed down a rickety ladder to a darkened storage area. I implored him to be careful. “Don’t worry,” he said. “Shine the light here…I just have to move some boxes…wait a minute…I think this is it. Wow! I haven’t seen this in 20 years!”

“I can do better than that,” he said, as he climbed up the steps and handed a dusty bag to me. “There are nine bulbs in here. We don’t need them. I don’t even know if any of them work.”

I thanked him profusely. Feeling that something good was about to happen, I drove back to the rehab center. I gave the surprised guard a brief hello and sped down the hall, arriving at the Recreation Room while the residents were at dinner. Hmm…I had forgotten about that for myself, but it didn’t matter now.

Had all this been a fool’s errand? When I picked up the next-to-last bulb, I psyched myself up to believe that it would work. I screwed it in and…nothing. I laughed at myself. My brain was insisting that the last bulb wouldn’t work, but part of me believed that it would light. What happened next was one of the most beautiful things I have ever seen. When I screwed in that last bulb, I was overjoyed that I hadn’t given up. The Hanukkah story had come alive. The few (that part of me that persevered) had defeated the many (my inclination to surrender) when that last bulb came alive. IT LIT UP!

The drive home to Philadelphia was sweet.

Alan Magill is the Director of Recreation at Ateret Avot Senior Home in Brooklyn. He writes extensively on issues related to the Senior population. He is a produced playwright and performs his humor/health program, “The Hip Bone’s Connected to the Funny Bone.” He is a scheduled speaker in this April’s Bikur Cholim Conference on the topic of Effective Communications with people with Alzheimer’s and dementia.

My Hanukkah Miracle In A Nursing Home