No, Orthodox Ritual Is Not To Blame For Tragic Fires 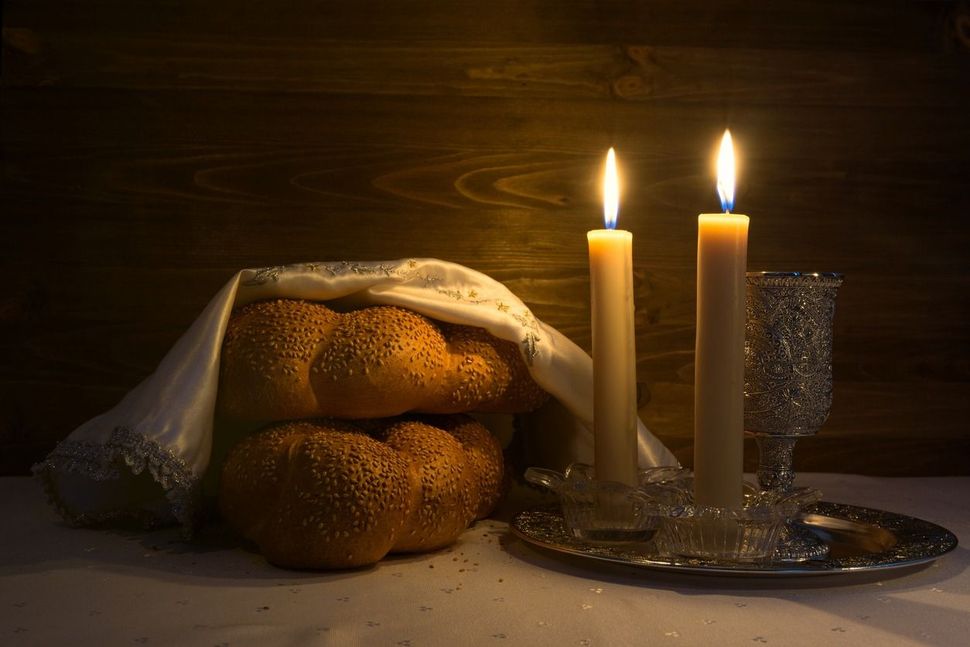 Today, The Forward’s esteemed Editor-at-Large, J.J. Goldberg, penned an opinion piece in response to the tragic fire in a Brooklyn home that killed an Orthodox mother and three of her children early Monday morning.

The headline took me aback. “Why So Many Brooklyn Orthodox Jews Are Dying In Tragic Fires” seems to blame the victims for their tragedy. It also seems to imply that if the victims hadn’t taken part in any of the many Jewish rituals involving fire — lighting candles to bring in Shabbat, lighting a braided candle to end Shabbat, keeping a candle burning during holidays or to remember the dead, or keeping a hotplate plugged in during Shabbat — they would still be alive today.

This is, quite frankly, offensive.

Within the piece itself, Goldberg doesn’t fully condemn Orthodox observance of Shabbat and holidays. He allows that such tragedies don’t often happen in other Orthodox communities, specifically within mainstream and Modern Orthodox communities. Instead, he focuses his blame on a very specific community, writing, “The phenomenon seems to be most visible in the larger, more traditionalist and more insular communities based in Brooklyn — specifically in or near Midwood, in Boro Park and in Satmar centers.”

It seems like he’s laying the blame squarely at the feet of those stubborn ultra-Orthodox Jews who just refuse to assimilate into American culture, and asserting that the extreme insularity leads to ignorance, which, in this case, includes fire safety.

This plays into a narrative commonly perpetuated by media that the ultra-Orthodox are archaic and have traditions that keep them in the dark ages. That these fires keep happening must, after all, be because they haven’t learned the importance of fire safety.

This is an unfair assertion. Reckless behavior and an ignorance of safety issues can be found in every culture and religion — from cultured, highly educated secularists to the extremely insular and religious. While I can’t provide statistics, anecdotally, fire safety is hugely important to most people in my ultra-Orthodox community. In Brooklyn, where Goldberg claims has the highest rate of fire-related deaths, it is very common for elementary schools to have firemen come to school to speak to children about fire safety.

Even in the statistics he provides that “prove” how Jewish rituals cause fire tragedies in fact show the opposite. In his own words, he asserts that the incidence of tragic deaths by fire in the Orthodox community is less than the national average: 3.5 deaths per million population per year versus the national average of 10.5. Yes, fifteen deaths in seventeen years is fifteen deaths too many. But the fact that fifteen people died in a total of five separate incidents actually proves the rarity of such tragedies within the ultra-Orthodox community.

Shabbat is every week; in 15 years, Orthodox Jews lit candles, used a hot plate and kept the oven on Shabbat mode for a total of 886 days. Within the small Brooklyn community that Goldberg focuses on, there are just under a quarter million Orthodox Jews — let’s say a quarter of that, 62,500, is representative of the number of families in that area. That’s over 55 million times that a tragedy did not happen within that small, insular community (not even including holidays like Hanukkah).

As Eli Verschleiser pointed out in the Algeimeiner when Goldberg wrote a similar piece after the Sassoon family tragically died from a fire caused by a Sabbath hot plate, “Would critics consider Sabbath-observant Jews who use warmers non-risky, or prone to a ‘plague’ only with an absolute zero incident rate? That’s a standard not applied to any other group, including skiers, subway riders, airline passengers, or motorists, all of whom regularly and sadly encounter fatal mishaps.”

Besides, pointing fingers at Jewish ritual doesn’t really tell the whole story of why fire tragedies keep happening, as Goldberg writes, “in a roughly mile-square section of Brooklyn.” With both the Sassoon and Azan families, their homes are located in an area liberally peppered with 19th century-era homes. Both families lived in these very old homes — homes made of wood, whose electrical wiring is susceptible to malfunction and easily catch fire; homes whose insulation is outdated and not necessarily up to code. Within this context, it is perhaps why the fire spread so quickly, leaving little time for escape.

Goldberg, however, sees this as part of a larger, disturbing trend. He asserts that, “one is happenstance, two is coincidence, three is a trend. Five is worth some long, hard thinking.” I understand Goldberg’s impulse to try to extrapolate meaning from this terrible tragedy; that there must be a logical explanation for why this seems to keep happening. But the truth is that it is in fact a very rare, if tragic, occurrence. Just like plane accidents, which are extremely rare statistically, are reported with an intensity and vociferousness, so too with a Sabbath or Hanukkah-related house fire that results in the death of a family. To blame Jewish ritual is misguided — this was a tragic accident, with an emphasis on the “accident.”

Michelle Honig is a writer for the Forward.

No, Orthodox Ritual Is Not To Blame For Tragic Fires