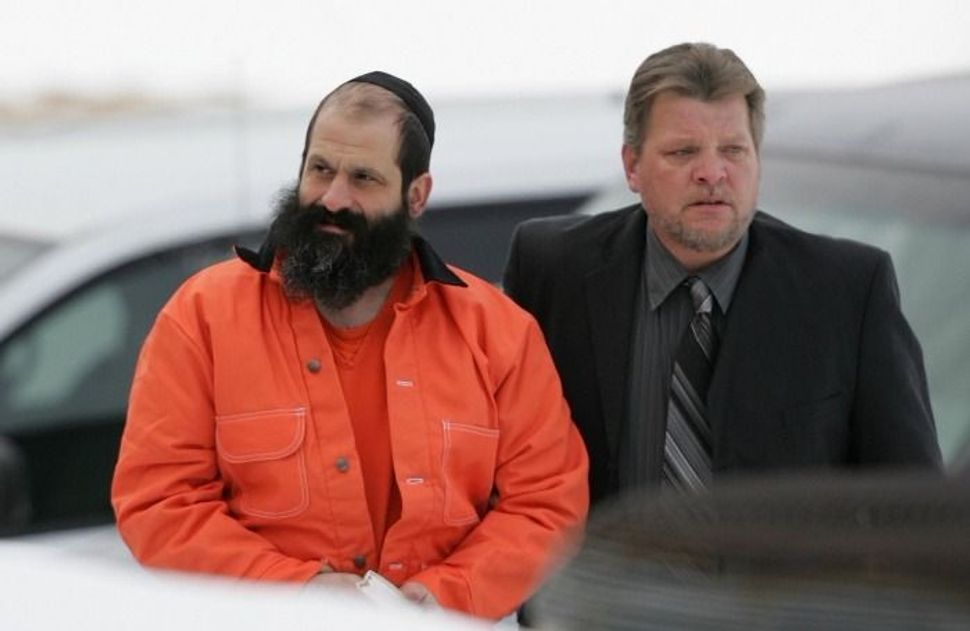 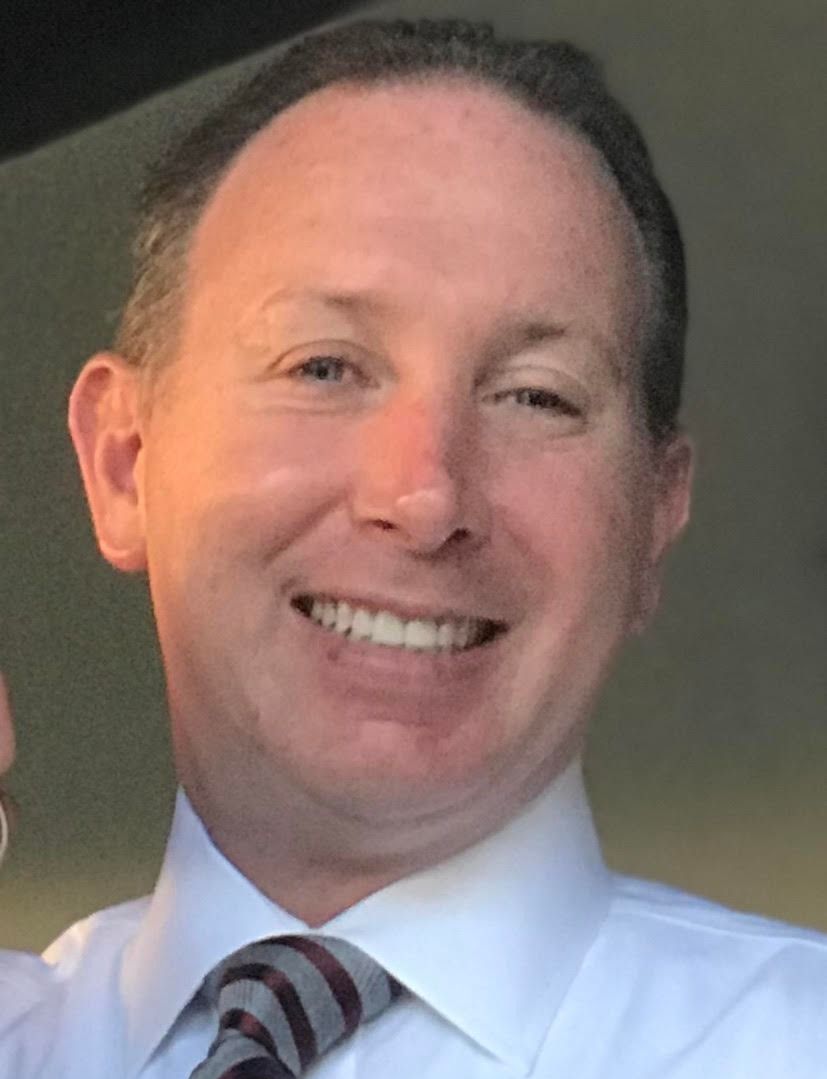 Though the Forward published many articles after the release of Sholom Rubashkin, some opinion writers have taken the position that the celebrations that followed Rubashkin’s release were at best inappropriate and at worst a desecration of God’s name.

Most of us have thankfully not been through the criminal justice system. However, until one has been through it, one cannot truly understand it nor appreciate why these celebrations were befitting someone who epitomizes the justice system at its worst.

Though I have never met Rubashkin, I myself have been through the criminal justice system and spent about a year in the Federal Prison Camp in Miami, Florida.

Long prison sentences demoralize a person. I have met people who have been in prison for 20 years and the effects are not pretty. When they are released they are not equipped to socially integrate into society. They have been sitting in prison while life passed them by. Whether or not they deserved these sentences does not change the fact that when someone enters prison for a lengthy prison sentence, he has effectively kissed his life goodbye. In short, his life is over.

Rubashkin faced that real possibility when he entered prison. Even though he was a white collar convict, he was not permitted to go to a prison camp since his sentence was so long. He was housed in a medium security facility. From my own experiences, knowing that I was going to prison for even a 30 month sentence was especially daunting. I have no idea how I would have handled the prospect of being away from my friends and family for such an enormous amount of time, especially if i felt I had been wrongly convicted and unfairly punished. In my view, suicide is a better option than that prospect. Certainly, upon entering prison, I see no scenario where, even as an Orthodox Jew, I would have been able to keep my faith in God. I would have wallowed in a state of depression and despair. God would have been completely out of the picture.

Rubashkin faced not only that possibility but lived the reality. He faced a real possibility of being one of the unlucky prisoners who die in prison. But Rubashkin did not despair. The plight facing someone who is in prison is not something that anyone can understand until he has experienced it, but to survive it and live every day is nothing short of heroic. You eat when they tell you to eat and sleep when they tell you to sleep. Visitations with family are limited and monitored. Prisoners are limited to 300 minutes of phone privileges per month, which is less than most of us use in two days. The spouse is left to handle everything on his or her own while the husband or wife is helpless to assist in any way. In many ways prison is harder on the spouse then it is on the actual person who has been incarcerated. Meanwhile, the inmate is watching his family suffer, hearing about everything going out in the outside world and he misses everything. Rubashkin was looking to have to do that for 20 years.

In the end, common sense prevailed and President Trump commuted his sentence. As a Jew and more so as a former inmate, I experienced a joy not felt since my own release as I watched the videos of the celebrations. How can one not admire a man who did not despair and who came out stronger on the other side? How can we not feel a sense of happiness for a wife who after eight years of waiting finally has her husband back at home? How can we not jump for joy for the children who finally have their father back at home and can study with them? How can we not be happy for the grandchildren who finally get to meet their Zaidy? And how can we not feel a sense of joy and admiration for a person who took everything the prosecutors threw at him and came out not only the same but stronger on the other side? Heroic does not begin to appropriately describe his actions.

As word of his release spread, celebrations erupted from all corners of the world and among many different stripes of Orthodox Jews. Not only were they warranted, but there should have been more of them. When I came out of prison, my family was ecstatic. My wife, my three children and my entire family suffered tremendously while I was in prison. Life while I was away was extremely stressful for many reasons. However, on the day I was released, all the worries of the past year melted away and joy permeated the home. My parents were beyond elated and a received calls of mazal tov from friends who had visited me as well as those who did not. That Shabbat I got called to read from the torah and was welcomed warmly back into the shul. But that was me: I was a relative nobody who went away for a relatively short amount of time. When it came to Rubashkin, everyone of those people dancing in the streets felt as though it was also his father, his brother and his son who got released. Not only did Rubashkin get released, but the release came unexpectedly via a sentence commutation by none other than the president! Is it any wonder that there were so many celebrations?

Perhaps the real problem lies with those who did not celebrate. We Jews are supposed to be achim, brothers. We have a commandment to V’ahafta L’re’acha Kamocha, to love your brother as yourself. When a brother is released from prison after eight years, how do we not go out and celebrate!

Of course, the obvious response is that it is a “bad example” to turn convicts into heroes. That is the comment of at best an ignoramus and at worst a fool. One cannot fully appreciate the criminal justice system until he has lived it. Well, I lived it, and let me tell you a little secret: it is not a fair system.

I ask all of Rubashkin’s accusers why you feel the need to rain on his parade. No one is forcing any of you to participate in the celebrations. Why the need to publicly criticize and defame Rubashkin? Are you all so insecure in your own religious beliefs that the only way to legitimize your own flaws is by trying to find fault in others? Are you all so perfect that you have the right to criticize others? Are you so insensitive to the plight of a mother and children that had to endure pain that no one should ever experience you begrudge their celebration? As a Modern Orthodox Jew, I am embarrassed by some of the hatred coming from my own community.

Finally, Jews embrace the concept of t’shuva, repentance. We believe that while people do sin, there is an opportunity and obligation to repent. King Solomon stated in Ecclesiastes that there is no man who does all good and does not sin. We all have something for which we can repent. While I cannot give an opinion on what went on is Postville, Iowa all those years ago, I do know that as Jews, we accept the person who does repent. So even if one were to honestly believe that wrongs were committed, can there be any doubt that there was repentance as well? We have an obligation not only to accept the person who has repented but we are forbidden from bringing up his past indiscretions. Saying the celebrations are unwarranted and using the “sins” as a basis flies in the face of everything that we Jews embrace. Perhaps it is the naysayers who need to take a hard look at themselves and embrace repentance. Of course, first you all need to ask forgiveness from Sholom Rubashkin.

To Sholom Rubashkin I say the following: As a Jew but even more so as a former inmate, you are a hero. May God bestow upon you and your family all of His blessings. May you continue to be an inspiration to Jews all over the world and may you only use this horrible experience to help others. But most of all, Mazal Tov!