Why You Should Care About Israel’s Anti-Corruption Protests 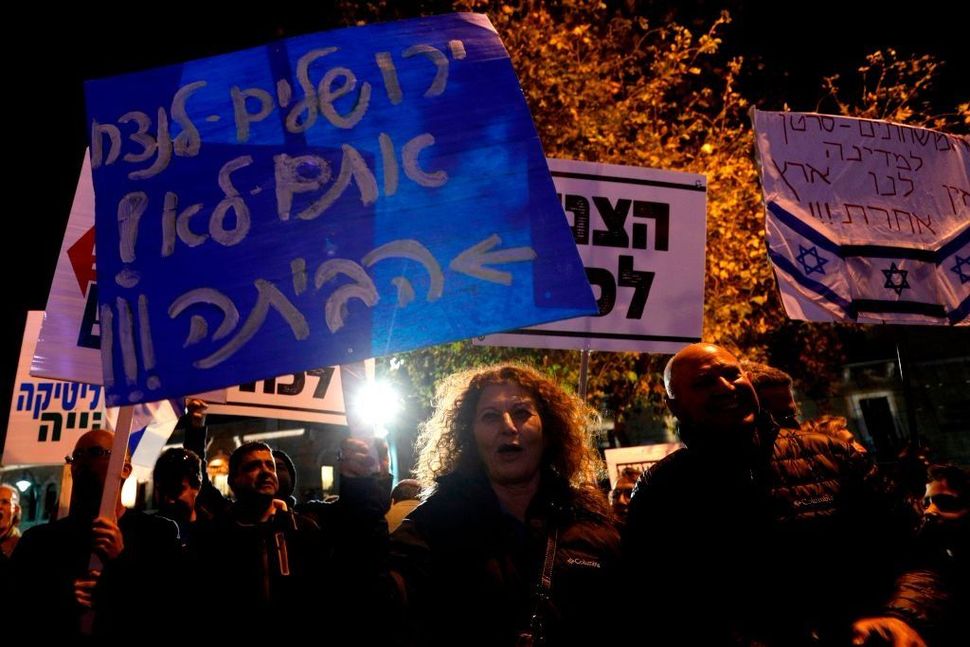 Israelis protest at a right-wing demonstration against corruption in Jerusalem on December 23, 2017, holding placards reading in Hebrew ‘Jerusalem is forever, you are not! Go home!’ (L) and ‘the corrupted ones are like cancer to the state, we don’t have another country!’ (R). Image by Getty Images 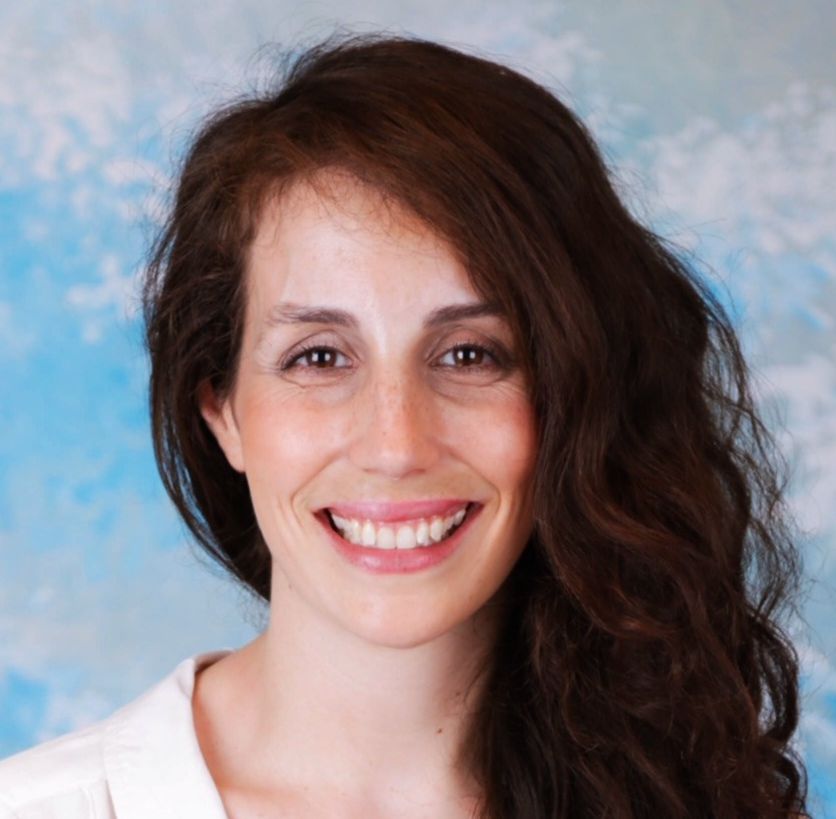 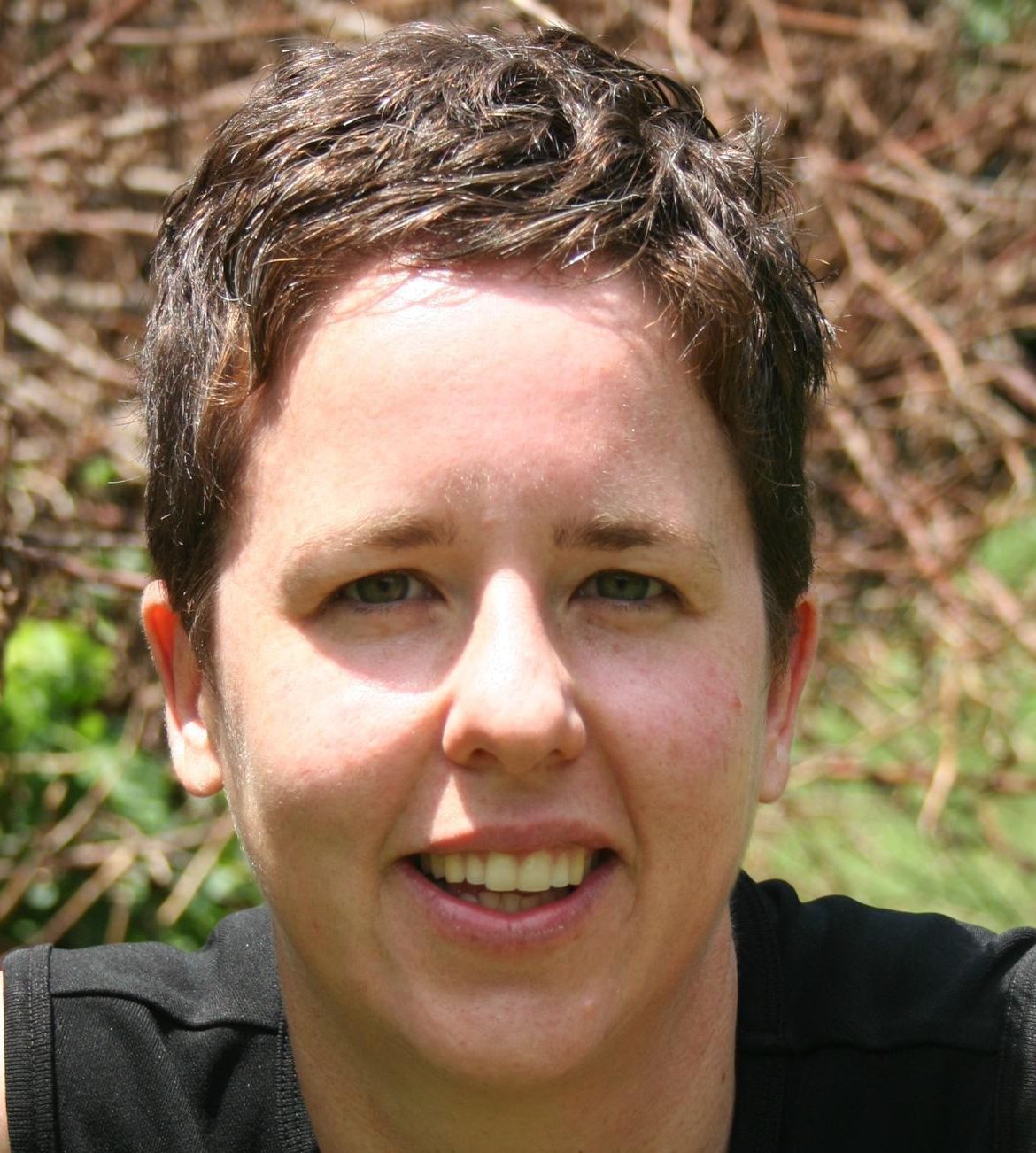 In recent months, anti-corruption demonstrations against Netanyahu have spread from suburban Petah-Tikvah to urban Tel-Aviv, Jerusalem and Haifa. For two weeks in a row, tens of thousands left their comfy homes to attend the Game of Thrones inspired “March of Shame.” And the crowds were not the usual left wingers of anti-Occupation rallies, but average citizens who declared the so-called “police recommendations law” a red line. The bill, which Netanyahu has been enthusiastically pushing and has ready for a Knesset vote, would prevent police from urging prosecutors to indict public officials based on their corruption investigations.

Demonstrators were outraged. The general view is Netanyahu and his coalition are eroding Israel’s democracy and social cohesion to merely draw out Netanyahu’s expected indictment and political career by a few months.

These protests are an enormous opportunity for Israeli progressives.

For the first time since the 1990s, progressives are actively participating in a national conversation and are utilizing these protests to forge a political constituency. The rallies’ speeches addressed a broad progressive agenda, ranging from equality for Ethiopian Israelis and police brutality, the Occupation, and the connection between corruption and the erosion of democracy. The demonstrators encountered the new progressive camp at its best: an Israeli Left committed to all, whether they be refugees, Palestinians, disabled Israelis, or anyone struggling for social, economic, or political dignity. Uniting these struggles with the fight against corruption and the Occupation would allow the Israeli Left to once again become a politically viable alternative to Netanyahu’s rightwing coalition. Corruption drove the protests on the surface. Speeches and slogans challenged Netanyahu’s commitment to the state of Israel and its citizens. Demonstrators asked whether after four terms Netanyahu represented the Israeli electorate or saw the country merely as his personal fiefdom. “Bibi against the country,” declared one slogan. Others referenced Bible verses “Justice, justice you shall pursue!” and “How has the faithful city become a harlot! Your rulers are rebels and companions of thieves; Everyone loves a bribe and chases after rewards.” Young Meretz emphatically appropriated Trump’s campaign slogan: “Lock’em up.”

Israelis are accustomed to their elected officials investigated and even imprisoned. Former Prime Minister Ehud Olmert recently served 17 months for taking bribes. Former Israeli President Moshe Katzav served five years for rape. Finance Minister Aryeh Deri served nearly two years for fraud and bribery. Defense Minister Avigdor Lieberman and coalition whip David Bitan are under investigation. And if that wasn’t enough, the public knew Netanyahu was corrupt since at least 2011 when Channel 10 ran their investigative report on “Bibi Tours.” The report, recently verified by the state comptroller, discovered that philanthropists, tycoons and foreign businessmen helped fund the vacations of Netanyahu, his wife Sara and their children from 2003 to 2005.

So why are things different this time?

Put simply, the protests aren’t just about corruption. Though Israelis expect corruption from their elected officials, they were confident Israeli democratic institutions could reign in the more egregious offenders. Israelis would argue that US politics is no less corrupt. Yet in Israel, law enforcement and media are powerful enough to investigate, indict and convict the rich and the powerful. But now that Netanyahu is under investigation, his allies have been viciously attacking those pillars of Israeli democracy: the legal system and the press. All in service of Netanyahu’s political survival. And since the demonstrations began in November 2016, they have been attempting to undermine the right to demonstrate, slander the protestors as fifth columnists saying they are paid for by the New Israel Fund, imprison and frame the organizers as criminals.

Moreover, corruption is a legitimate grievance in Israel’s current political climate. It’s virtually impossible to defend (though members of the coalition have laughingly organized small counter demonstrations against the anti-corruption protests). The fifth columnist label just doesn’t stick to those rallying against corruption. Anti-corruption is a political vessel that allows Israelis to articulate a broad range of grievances: the cost of living, police brutality, and the feeling that elected officials don’t represent them. Protesters chanting “Lock’em up” captures a general sentiment held by many Israelis, making an overt political call to replace the current government, appear, at least in their own eyes, as apolitical.

Interestingly, a shift in public opinion occurred in last week’s demonstration. The demonstrators didn’t shirk at the prospects of being “political” or labeled and “leftists.” Young Meretz, the arm of the social-democratic party Meretz, produced and distributed thousands of tote bags at the protests capturing the three criminal cases against Netanyahu, his wife and their closest associates. After years of a delegitimization campaign against the Left, in which people feared identifying with Meretz, Young Meretz’s tote bags were the hottest item in last week’s demonstration.

The political ground in Israel is shifting. It’s slow and requires patience, but it reminds us Netanyahu’s corrupt rightwing coalition isn’t eternal and the Israeli public isn’t so acquiescent. The demand to throw out a corrupt government unites a diverse range of people and demand change. The Israeli Left and its allies can’t be neutral on a moving train.

Bar Gissin, 28, lives in Rosh Ha’Ayin. She is the development coordinator at the center for Equality & Shared Society in Givat Haviva. National chairperson of Young Meretz. Former coordinator of the “Task Force on Human Trafficking and Prostitution” which promotes legislation to eliminate prostitution and trafficking in Israel. Former coordinator of the “Coalition for Democracy in Education and Civics.” Bar is an M.A. student at the Tel-Aviv University, writing her thesis on the political history of “Hadassah.”

Maya Haber is an American-Israeli activist living in Pittsburgh, PA. She earned a PhD in history at the University of California Los Angeles. She writes and lectures about American Jewish impact in Israel, Israeli internal politics and social justice in Israel. Maya teaches at the Reconstructionist Rabbinical College.

Why You Should Care About Israel’s Anti-Corruption Protests