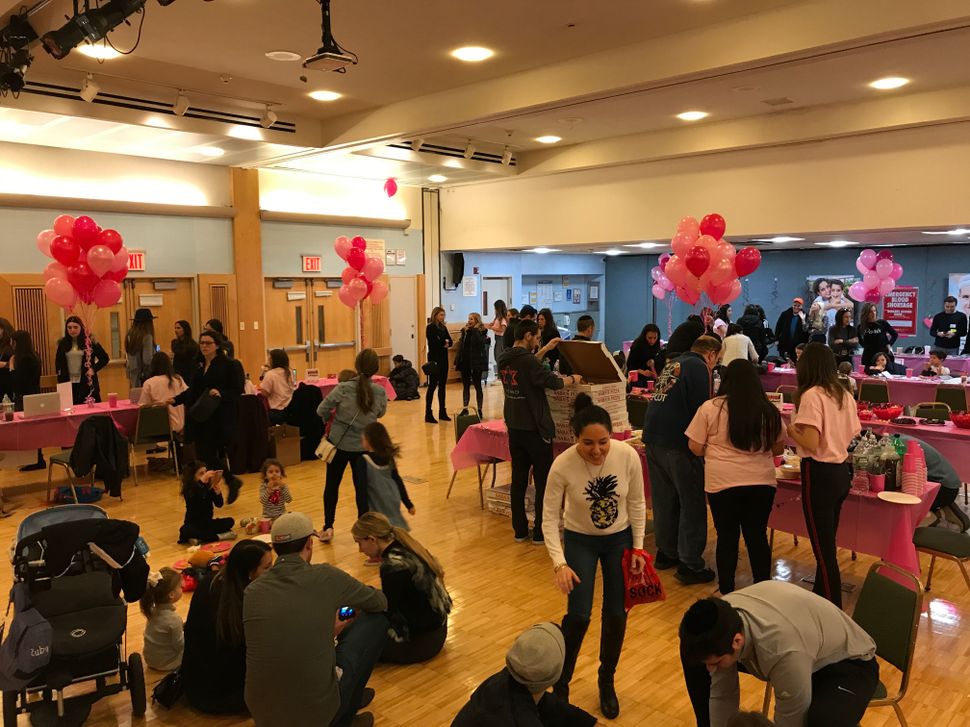 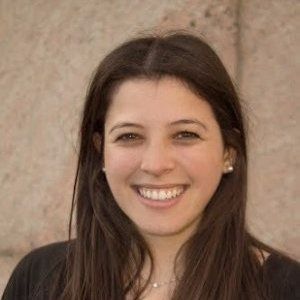 A museum; escape the room; the movies; brunch; ice skating; the office; the zoo. These are some of the myriad places you might find the average adult or child on a regular Sunday.

Today, for many of us, was different. More than 400 people, old and young, gathered together at the Ramaz Middle School for a chessed fair, held to commemorate the second yartzeit of Daniella Nechama Moffson, ז׳׳ל.

Attendees gave blood, assembled packages for yachad, got swabbed for future bone marrow donations, sent cards to wounded Israeli soldiers, wrote letters to children in need, donated toys, prepared socks to be distributed to the homeless, and learned about the Daniella Moffson Foundation’s partnership with Magen David Adom. And they did it all with a smile, in honor of a girl who bettered this world every day of her all too-short life. Yartzeits, or the anniversary of the Jewish date of passing, can be fraught. Do we honor the dead by trying to celebrate their life? Is it a day of somber mourning? Jewish custom encompasses a wide variety of reaction. Today was anything but somber, it was about remembering the nights and days that Daniella gave to dozens of causes, and about honoring her unceasing determination to helping those who were less fortunate.

The event was beautiful, and it highlighted how many people have been impacted by her death, and how many people have been inspired by it to go forth and do good. But this event was far from the only indication of the legacy that she has left. Daniella lived her life not about big events with publicity, but about the small act of kindness, that random deed that no one would ever know about. I like to think that as much as we know about what’s been done in her memory, the charity given, the prayers uttered, the acts of volunteerism done, that for everything we know about, there’s undoubtedly so much more we don’t know about.

When someone you love dies, the normal state of unrelated things and unrelated people feels like a personal assault. I remember that first week, getting enraged that somehow the sun still shone; that engines still ran; that the construction workers in the street laughed and smiled and joked. When Daniella died, the world felt like it was blanketed by darkness. But in the two years since, the light she has left has brightened the entire universe.

What she accomplished in her 21 years is more than most of us accomplish in a full, lengthy life. But it’s more than that. By teaching those around her by example, Daniella ensured that even after she had been taken from this world, the values which she held so dear would be spread far and wide. Inspired by the causes which she cared about and the beliefs she held—her friends and her family, and people who never knew her, have taken various projects on in her stead.

Daniella dreamed of being a doctor. Today, at the chessed fair, her friends made 45 blood donations. I’m told that translates into 135 saved lives. That wasn’t all. Around 200 toys were collected and donated for sick kids through Ohel’s program. More than 200 birthday cards were written to children in Emunah’s shelters and homes. 200 people were swabbed and entered into the Gift of Life bone marrow registry. Between 3-400 pairs of socks were handed out by knock knock give a sock to attendees to then go and distribute to New York’s homeless. 150 care packages were assembled for Yachad. More than 200 handwritten letters were pt together for wounded Israeli soldiers.

These numbers seem large, and they are, but they are only a small fraction of what has been done in her name over the past two years, and, what will undoubtedly continue to happen over the next few decades.

Remembrance, and the power of a story well told are prominent, central themes of Jewish liturgy and custom. The children who ran around the chessed fair today will never forget the beautiful, blond woman who will forever be their hero. Her story, her kindness, her generosity, and the legacy she has left will never be forgotten. May her memory be blessed.