A Letter To Ahed Tamimi On Her Birthday, From One Teenage Girl To Another 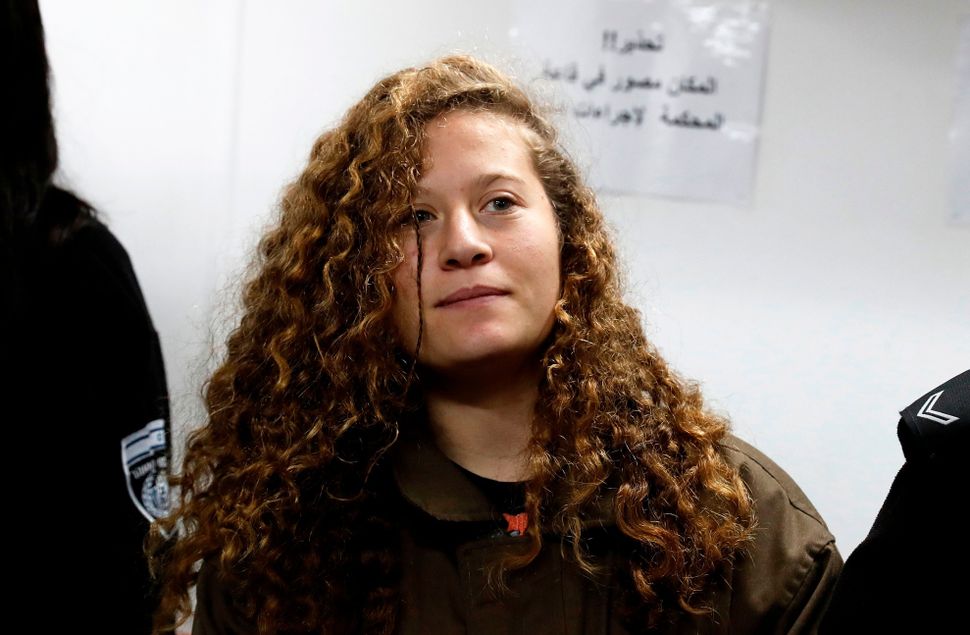 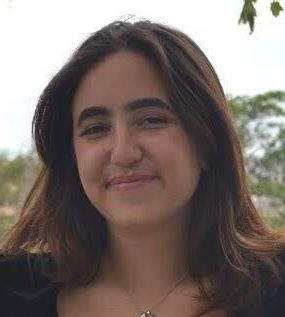 I know that you’ve grown up facing the daily brutality of the Israeli Occupation and that right now, on your 17th birthday, you’re sitting in Israeli prison.

But I need to tell you something: I am alive because of Israel. I mean that literally. My paternal grandparents were able to escape Nazi occupied Poland by coming to what was then called Palestine and what would soon be called Israel. That land gave my grandparents a place to go, a place that saved their lives and made mine possible.

So, it was only natural that, growing up in America, I viewed Israel as a safety net. Israel was the place my grandparents had grown up, and a fun vacation destination. I remember so clearly visiting the “Mini Israel” theme park on my summer visits to Israel. I would look proudly at the the model Kotel, the tiny tanks and army bases, and the miniature camels. Mini Israel was exactly what Israel was to me, a playground where I felt safe.

It’s amazing how different two childhoods can be.

At my Jewish day school I was taught to rely on Israel. I was reminded that only the Jews will protect other Jews, that we are hated, and that without Israel we will have nowhere to go when “it” happens again. I didn’t know there was any opposition to Israel. I didn’t know the word Palestinian. It wasn’t obvious to me that there had been people living on the land to which my grandparents arrived. When I was growing up, I could never have even imagined someone like you, Ahed.

My narrative was clear: Israel was a land without people for a people without land; Israel saved me and my family; anyone who says otherwise is an anti-Semite who wants to hurt me.

But Ahed, my narrative began shifting a few years later when I came out of the closet. I felt rejected by my Jewish community; the reaction of people around me was negative and I felt angry. All my life I had been told that what’s most important about me is that I am a Jew and suddenly I felt like I couldn’t even be that anymore. I pretended I wasn’t Jewish for a few years because I thought the only way to protect myself was to reject my community before it rejected me. I became someone who was “raised Jewish” but made sure people knew that I wasn’t a “Jew.”

As I distanced myself from the community in which I had grown up, I started to hear different narratives about Palestine. I got used to seeing Instagram posts and news headlines that made me sick to my stomach and angry at the country I had been taught to love — who knows, maybe one of those headlines was about you or your family. They are all a blur now.

Then, this past summer, I went to a camp called Seeds of Peace. Seeds is a small camp in Oatisfield, Maine that looks exactly like all other Maine summer camps; a bunch of ramshackle wooden buildings in the middle of the woods clustered around a beautiful lake. The international sessions of Seeds hosts delegations of kids from Pakistan, Indian, the US, the UK, Jordan, Egypt, Israel, and Palestine. Everyday we would do normal camp things like playing sports, choreographing dances, or writing parody songs on the guitar. We would also have two hours of dialogue about “the conflict,” either in South Asia or the Middle East.

It was in those dialogue sessions that I first met a Palestinian person and heard a Palestinian story firsthand. All my life I had heard stories of Israeli suffering, Israeli soldiers and civilians killed by Palestinians. I knew those stories and had steeled myself against them, but the Palestinian stories overwhelmed me. My Palestinian friends did not feel safe anywhere. Daily life under the occupation is a nightmare for them, a nightmare that no one deserves.

Every day in dialogue we would hit the same wall. A Palestinian kid would talk about something that was causing them suffering, like checkpoints or the Israeli military presence in their everyday lives, and the Israeli kids would say that those things were necessary for Israeli safety.

Ahed, it became clear to me that there was a direct price for Israeli safety: Palestinian lives, Palestinian joy, and Palestinian safety. Your life, your joy, your safety.

Slowly, I started to realize that the main root of my guilt was that I felt like my life had been traded for the life of a Palestinian. My life traded for yours.

If I am alive because of Israel, if I am able to feel safe because of Israel, and Palestinian children my age — like you Ahed — are not alive or not safe for the very same reason, then my life was traded for theirs. As I met and befriended the people whose suffering was caused by the same entity that had brought about my existence, my guilt ate me alive. My safety was traded for your safety, for the safety of every Palestinian person I met at Seeds, and safety of the over 300 Palestinian kids sitting in an Israeli jail with you.

Why should I be safe while you are not, Ahed?

A Letter To Ahed Tamimi On Her Birthday, From One Teenage Girl To Another