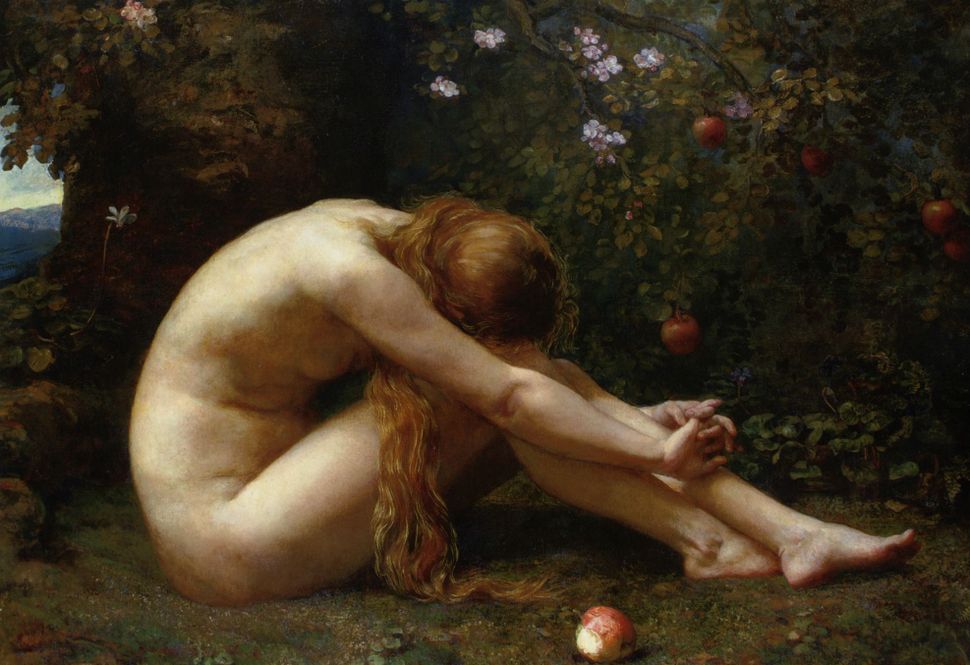 I’m sitting at home watching the news this past week in awe and with gratitude. More than 150 young women, including several world class athletes, have come forward to talk about the unspeakable abuse they endured at the hands of a predator doctor. One by one, they’ve broken through silence — often at a nearly unendurable cost. This achievement, this tidal wave of bravery, is a contribution to the collective soul of women and anyone who was ever afraid to tell their story.

As a 47 year-old woman rabbi, I’ve become emboldened by these brave young women to speak a truth that I’ve known in my heart for a long time but have been hesitant to share. The time has come for me to step forward, too. It’s time we all acknowledge an overwhelmingly powerful source of shame and silence — in the bible.

The story that begins the bible, the first one that we learn in Sunday school, the founding story of man and woman upheld for thousands of years by Judeo-Christian religion, is actually the story of the first sexual assault of a woman. The woman’s name is Eve. And the perpetrator? God.

I want you to think about this. Here is a young, beautiful, intelligent, naked woman living in a state of Grace. She’s hungry, so she does the most natural thing in the world and eats a piece of fruit. For following her instincts, trusting herself, and nourishing her body, she is punished. Her punishment? She will never again feel safe in her nakedness. She will never again love her body. She will never again know her body as a place of sacred sovereignty.

“What have you done?” He God thunders. Eve wants to defend herself, but she is too ashamed to speak. Eve, our first mother whose name means the “mother of all living things,” is silenced, much the way the “patients” of Dr. Nassar were.

The founding myth of Judeo-Christian religion, the story of Eve, granted generations of men permission to violate women. It teaches us that women are liars and sinners. Even if “She” is telling the truth, she deserved it. God told her not to eat that apple, or wear that skirt, or go out after dark, or be pretty, or desirous, or in that bar or on that street or in that car or born a girl.

This God, this man-made figurehead of the patriarchy, is not my God. He is a fiction, a man-made myth, but yet one so powerful that it’s poisoned and limited our notion of what GOD, the truly divine, is and can be, especially for women. It’s time for the one truly loving, compassionate God — the God who wants nothing more than to see Eve to rise and resume her place as “the Mother of All Living Things — to make herself seen, known, and available to all of us. The God I believe in is all loving. God is a Divine source of life and healing, not shame and abandonment.

In 1995, South Africa began a great healing process called the Truth and Reconciliation Commission. Day after day, month after month, for 7 years, people came forward to speak about the desecration of their bodies, families and culture under apartheid.

I think that we are holding our own version of Truth and Reconciliation Hearings, today, here in the United States. We need to stay very much engaged in hearing testimony. This means that we must listen patiently and invite everyone to step forward who needs to be heard. This is one of the great spiritual moments in history. We are healing the souls of individual woman and the collective mythologies that have sanctioned the culture of violence against women for thousands of years.

It is time to restore the world. It is time to tell stories that are healing, empowering and truthful. Let misogynistic mythology be seen for what it is, even if it comes to us from our most sanctified text. We all deserve so much better, women, men and especially God.

I know that at this very moment in time, Eve is with us and she is awed and proud that we are finally finding our voices, one at time, and then hundreds, and thousands at a time. She, who was lost to us so long ago, is actually here with us now, marching in the streets, testifying, raising her voice, at last.

Tamara Kolton is a rabbi and psychologist in Birmingham, Michigan. She is writing her first book, “Oranges for Eve: Walking The Way of the Divine Feminine.”