Intergenerational Trauma And The Holocaust 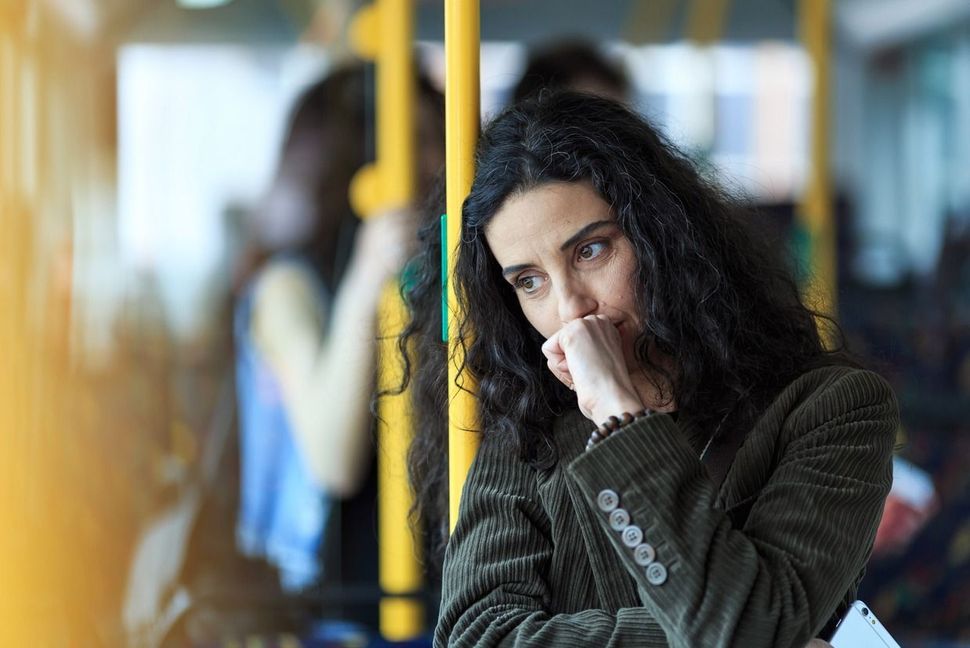 “What if something happens and you never come home, Em?”

I hear my mother’s voice in my head as I pack for a trip to New York. I can feel the knot in my stomach move up to my throat and suddenly, I’m nauseous. I go to the bathroom and vomit. This isn’t the first time I’ve felt paralyzed before leaving on a trip and it won’t be the last. And, just like so many times before, I cancel the trip at the last minute. “I’m sick,” I tell my friend. “I have to cancel.” And I feel instant relief. Relief that I’ll be home, safe, and I won’t have to worry about never coming back.

It wasn’t until after I began writing my memoir and connecting the dots of my fear of traveling alone away from family did I realize that what I was experiencing was intergenerational trauma. A term that has only recently become more well-known, intergenerational trauma is trauma that is passed down from previous generations to their children and grandchildren, who then carry the invisible weight of a trauma — such as the Holocaust — that they didn’t even experience first-hand. Intergenerational trauma can appear both psychologically (as in the case of my fear of travel) as well as physically, with second-generation Holocaust survivors displaying higher than normal rates of chronic illness, cardiovascular disease, high blood pressure, and other genetic abnormalities, such as lower levels of cortisol, a hormone that helps your body manage stress.

In my case, my mother (I called her “Mutti,” German for mother) instilled the fear of travel in me based on her experiences during the Holocaust. Most of the people who were “picked up” by the Nazis, some under the auspices of going on a trip, did not return to their families. Instead, they were exterminated in concentration camps. Mutti’s very real fear of someone close to her packing a bag and leaving her was transmitted to me, even though I was born in the U.S. 19 years after the Holocaust ended.

As far back as I can remember, Mutti would explain all the horrible things that could happen to me when I was away from home every time I wanted to go anywhere. Even a trip as short and close to home as a Girl Scout overnight camping trip was deemed dangerous. In that case, I actually made it to camp and then had an anxiety attack after dinner, calling my dad to come pick me up (there must have been a phone in the lodge back in 1975).

Keeping their children — whether born during, at, or after the end of World War II — safe and protected from the world was a common theme for families of Holocaust survivors. Most second-generation survivors, or ‘2Gs’ as we call ourselves, grew up in highly overprotective environments and were allowed few freedoms. Constant location checks were the norm and some of us rarely went anywhere without our parents — or at least without strict supervision.

As my 2G cohort entered adulthood and became parents, we continued the cycle of intergenerational trauma with our children. What’s more, many of my 3G (the grandchildren of Holocaust survivors) clients report that they see themselves repeating the patterns of their grandparents and parents, and they come to me for help in stopping the cycle of transmitted Holocaust trauma.

So how can we stop this cycle? One way is by using the healing powers of writing. Instead of traditional psychotherapy, which often results in revisiting and reviewing the same situations and feelings week after week, writing helps get the noise out of your head and gives it somewhere to land — so you can begin to see context and a way forward. By documenting your traumatic experiences and resulting behaviors and emotions, your mind can let go of its need to cling to those thoughts and you can move beyond a “freeze” state, where you’re no longer in ‘emergency’ or ‘danger’ mode. Writing has also been proven to have a healing effect on physical as well as emotional and mental health, resulting in lower blood pressure, reduced chance of cardiovascular disease, and more.

Make no mistake, this is not easy work, and doing it alone often results in abandonment of the healing process — and remaining stuck. Writing through the difficult memories and emotions requires a commitment to self-care and other support methods. Working with someone who has been there and can walk beside and guide you on that journey exponentially increases your chances of completing the hard work and actually gaining the result you want.

As I often say to my clients, “The only way through is through. There are no shortcuts.” But the first step, committing yourself to the healing process, is the hardest.

Emily Wanderer Cohen is the daughter and granddaughter of Holocaust survivors. Emily now works with multiple generations of Holocaust and other trauma survivors to heal and live life more fully and is committed to raising awareness of intergenerational trauma. Emily’s first book, “From Generation to Generation: Healing Transgenerational Trauma Through Storytelling,” will be in bookstores across the country on July 10th and is available for pre-order at Amazon.com, Barnes and Noble and other major retailers now. Her second book, “The Daughter’s Dilemma: A Survival Guide to Caring for an Aging, Abusive Parent,” will be available on Amazon.com on July 10th as well.

Intergenerational Trauma And The Holocaust