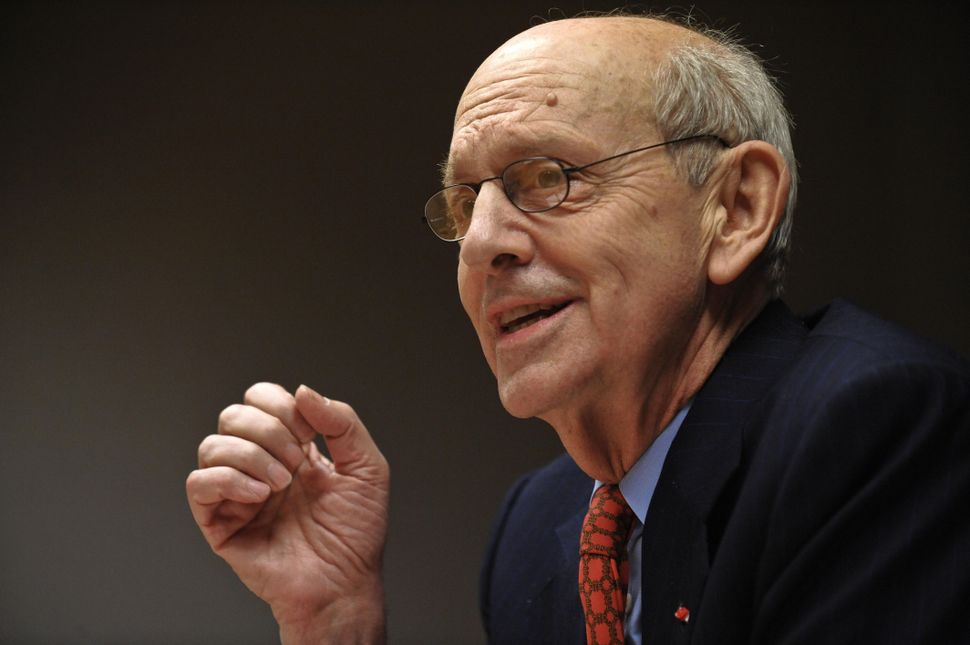 On February 27, the United States Supreme Court hid behind legal technicalities to give its stamp of approval to a heartless policy that goes against what we stand for as a country. As Justice Breyer said in his dissent, the outcome violates the Constitution’s Fifth and Eighth Amendments.The case, Jennings v. Rodriguez, involves class actions (individuals with common issues suing as a group) by three classes of immigrants in jail, pending the outcome of asylum or deportation cases.

Each of the classes included permanent residents, those who had earned a green card, but not become citizens. If Rodriguez and his co-plaintiffs had run afoul of the law as citizens, the Constitution would have forbidden the government to keep them in jail indefinitely. Since the government had not made a final determination to deport these people, they stood in the same position as a U.S. citizen under arrest but awaiting trial. The Fifth and Eighth Amendments require due process before the federal government takes away the liberty of any person and forbids excessive bail.

Citizens have the right to periodic bail hearings, at which the government must show that freeing them poses a risk of flight or a danger to the community. The applicable provisions of the immigration laws have no such requirement. Rodriguez and his co-plaintiffs demanded the right to bail hearings every six months.

The United States Court of Appeals for the Ninth Circuit, Rodriguez v. Robbins, agreed. The court found that it could read such a requirement into the law. In effect, Congress implicitly authorized detention only for reasonable periods, subject to court review before extending the time the immigrants stayed in jail.The court invoked the “constitutional avoidance doctrine.”

Championed by Justice Louis Brandeis, this rule holds that courts should interpret laws in such a way as to keep them constitutional. The Ninth Circuit held that if Congress actually authorized open-ended imprisonment pending adjudication of the immigrants’ cases, the legislation may well violate the Constitution. In addition, the Supreme Court had already written into the immigration laws a six-month requirement for bail hearings in cases in which the government had convicted the immigrant and decided to deport but had not found a country to take him.

The Obama Administration, otherwise enlightened (as with the Dreamers), opposed the six-month blanket requirement for bail hearings in favor of cumbersome individual proceeding. The government therefore appealed. Justice Alito’s majority opinion held that the court of appeals exceeded its authority.He held that the doctrine applied only if the law contained ambiguous provisions. The one involving post-deportation said the government “may” detain, the one involved here, said “shall.” In the former, the government had to exercise its discretion in a reasonable way. In the latter, the government had no discretion, so courts could do nothing about abuses. Justice Alito, brandishing dictionaries, argued with Justice Breyer over the meaning of “detain” and “custody.”

The Court sent the case back because the Ninth Circuit had not considered the constitutional issues. However, Justice Alito hinted that the court should dismiss the class actions.

Justice Breyer correctly pointed out that, behind this delving into the intricacies of doctrines and dictionaries, lay stark consequences. Immigrants stay in jail for a long time, they experience abuse and neglect while in custody and their families suffer from the separation.Worst of all, most of these immigrants win their cases.

Besides what Justice Breyer cogently argued, the United States has stood from the beginning as a haven. We proudly grant asylum to the persecuted. When criminals have served their time, we let them turn over a new leaf. How unfortunate that the Supreme Court, in the guise of interpreting the language of the Nation’s laws, turns its back on the Nation’s values.