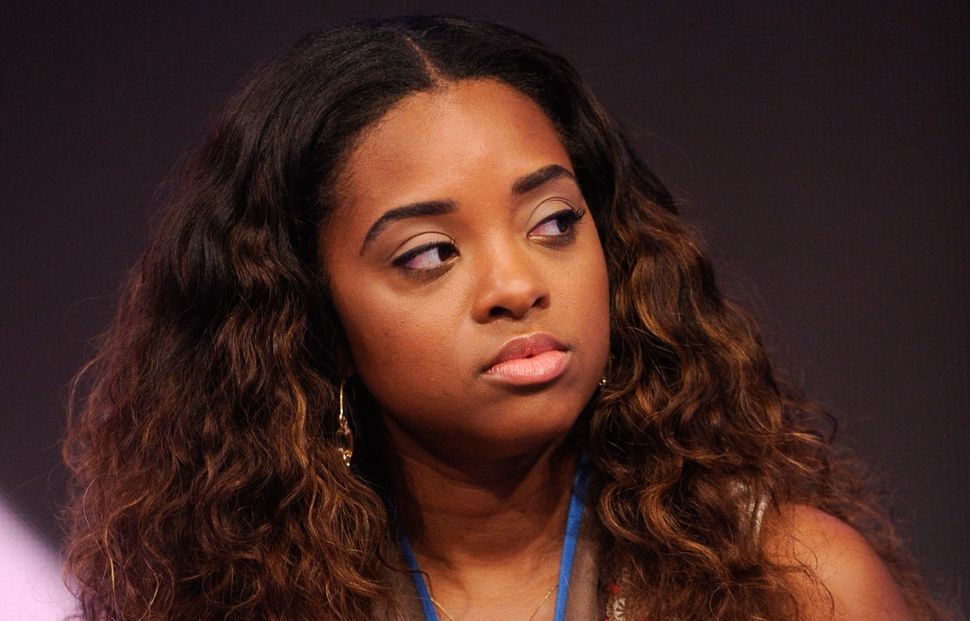 Social media, and Twitter in particular, is an endless stream of call outs. People are “canceled.” careers are “over.” Anyone who wants to hire a talented person and give them a second chance faces boycotts and backlash. Anyone who wants to dialogue is a “sell out” or “complicit.” Everyone has a long memory.

There has to be a better way. I believe that people are not disposable — they are the greatest asset of any justice movement.

Recently, a leader of the Women’s March, Tamika Mallory, has come under fire for refusing to disavow the anti-Semitic, homophobic and anti-feminist Louis Farrakhan. It seems that she is uninterested in change and is adamant that she has done no wrong. I remain filled with anger towards her. So does much of my Jewish community, and rightfully so.

But people, even and especially imperfect people, are what we are fighting for in the justice movement. So we call-in, we engage privately, we orchestrate secret sit downs with leaders and give people a chance to grow and evolve. We give people time and we hope and pray that our words and our lives start to feel meaningful enough to evoke change.

But when that fails, what’s next? Mallory remains belligerently unrepentant for the pain she continues to cause various marginalized communities. As midterm elections draw nearer, her choices will inevitably be politicized to hurt the Democrats.

So what do we do? Many have proposed a “burn it down” approach: Join the chorus of voices demanding her resignation. Burn down the Women’s March if we have to, because their history of excusing, accepting and applauding anti-Semitism is reprehensible. While we’re at it, let’s strip Tamika Mallory of her career. Let’s rip apart all the work she has done on gun reform, police brutality and racism and keep the receipts. Let’s blacklist her and anyone who stands with her — including Symone Sanders and Shaun King; they deserve it for gaslighting and belittling us! Let’s make her toxic.

It feels so good to act on our righteous anger and silence our fear and helplessness. But where does that leave us?

Tamika Mallory isn’t just a wall we can rip down to take out all of our rage and fear. We can hit her as hard as we want but we will still be hurting. She is a person — a living, breathing person. And she is a person who has been working on civil rights since she was eleven-years-old.

Does indulging our anger and fear do anything to serve Jews at all? Has refusing to engage with anti-Semitic forces in black communities given us anything positive?

Giving into this destructive impulse is how people who suffer in white supremacy, patriarchy and heteronormativity lose our power. This is how we break each other and become enemies. There must be a way to stop this cycle.

This is my humble proposal: We must never stop talking, but we should stop donating. We should stop giving the Women’s March our time and our bodies, our time and our money and our weary marching feet — and instead give them to organizations that value us and have never indulged in hateful rhetoric. We turn to the NAACP, the ADL and the SPLC. But we invite Tamika Mallory and others to talk, consistently. I sent Mallory a letter a few days ago about my experience mothering a black Jewish child. I’ve been told that she read it. So let’s send her thousands of our stories, thousands of letters demanding that she hear our voices and our stories and understand that though we are different than her, we matter. Every Jewish mother in America should send Mallory a letter asking if our children are really worth less than hers are, and if not, why she is refusing to fight for our babies, too. Let’s bring Tamika Mallory to Sderot, where families live in fear of rockets. Let’s take her to the “super-Jewy” parts of New York that she’s never been invited to. Let’s have her over for Shabbat dinner — and Symone Sanders and Shaun King, too — and share our pain with her. Let’s tell her how much she is hurting us. Don’t endorse her, or apologize for her or give her the money we are so maligned for having. But let’s never, ever stop having a dialogue.

Let’s respect each other enough to acknowledge that this is a difficult situation for Jews and there are no perfect answers. Let’s commit to not tearing our fellow Jews down over the decisions they make. Let’s treat each other with radical, transformative, holy love during this time of so much pain.

Tamika Mallory will never leave the Nation of Islam. She’s made it clear they are her family. But maybe, if we keep talking, one day she’ll ask some hard questions. Maybe she’ll tell the women from NOI who were so wonderful to her when the father of her child was killed that she wants them to meet us. Maybe she will read them our letters. Maybe one day she’ll be at dinner from with her friends from NOI and tell them she’d like them to explain why it’s okay to call Jews satan. Maybe one day she will tell Minister Farrakhan that it’s time for him to step down — and that she will be taking NOI to a new place. Maybe she will exert her considerable power to force him to evolve or leave.

And if not, we can still be proud of who we are and how we acted. In an impossible situation, that’s all feminist Americans Jews have left.