Why Should We Trust The Ancient Rabbis? 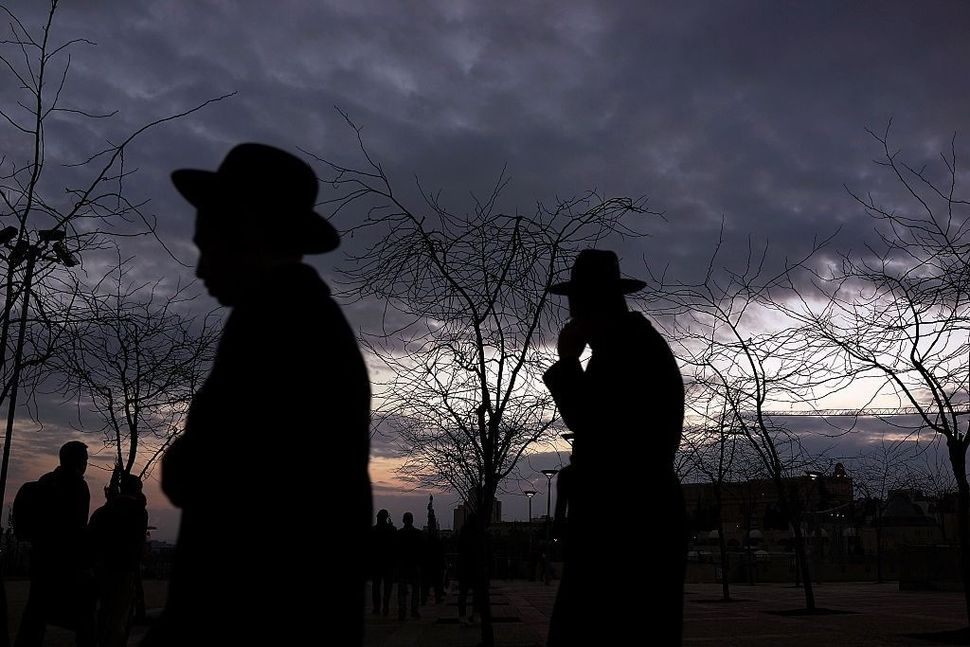 Can you trust the rulings of the rabbis? This is a question that my brother and I have discussed and debated for quite a while now. The root of our brotherly debate is not what you might imagine. Neither my brother nor I believe that generations of great halachic authorities would knowingly corrupt the Torah’s intent.

My brother merely argues that as great as any Torah scholar may be, he is still a human being, and like other human beings, susceptible to personal leanings and interests that subtly influence his rulings and conclusions. The talmid chacham (Torah scholar) might believe that he is interpreting the Torah according to the letter of the law, his thinking goes, but in reality it is his desire to rule a certain way that may ultimately lead the way.

I argue that through a lifetime dedicated to Torah and Torah study, the talmid chacham rises above his natural inclinations, subjugating all that he is and all that he wants to the Torah and its truth.

It was with great satisfaction, then, that I recently discovered a section of Emunah U’bitachon (“Faith and Trust,” a philosophical work authored by one of the greatest rabbis of the twentieth century, the Chazon Ish, Rabbi Avraham Yeshaya Karelitz zt’’l [1873-1953]) that dealt with just this subject — and, of course, shared it with my brother.

In chapter 3, section 30, the Chazon Ish writes as follows:

There is yet another disease of the spirit that the evil inclination uses to keep the belief in sages [emunas chachamim] from entering people’s hearts, and that is the fickle scale of personal interest [in halachic terms: negi’a]. The disciple is obligated to believe that there is no personal interest powerful enough to incline the heart of a scholar to pervert justice, for the goal of the Torah scholar is to bring merit to his soul, and to stain his soul with sin would hurt him far more than and physical blow. So how could he — for money or from a desire to please someone — harm his soul by perverting justice? In addition to this, the quality of truth is the the most basic quality of the sage, and even the slightest untruth is alien to him.

The Chazon Ish goes on to explain the disastrous results that emerge in a society distrustful of its Torah sages:

But the evil inclination can undermine this trust, by entrapping those who tend towards convoluted reasoning, and offering them a complete theory… that personal interest has definitive power for the petty and the great alike — even the wisest are prey to it, as are the chassidim and the righteous. According to this theory, the scholar [who gives in to personal interests] has nothing to be ashamed of, for such is human nature; but those who claim so do not know that according to this assumption, the entire generation is hereby orphaned, and there can be no judges, and no leaders (p. 130 -132).

I asked my brother what he thought of the Chazon Ish’s statements and he quickly texted me back with a compelling question: “How can the Torah make that assumption, that he, a sage, is above personal interest? What proof is there that they have achieved metaphysical/supernatural status, that they can transcend their humanity?”

I considered my brother’s question throughout the day. I felt euphoric when I arrived at a conclusion later that night. You see, the Chazon Ish isn’t suggesting that the talmid chacham achieves some sort of metaphysical status, and with it a relief from the pull of personal interest. Rather, he is informing us that it is in the natural state of affairs for a person who utterly dedicates themselves to Torah to develop a new set of negios (“personal interests”) — a negia toward spiritual merit and a negia toward truth! Just like any personal interest, these interests pervade his being — both his conscience and his subconscious — and direct him toward particular goals. In this case, the truth!*

Consider the nature of a typical mother or father. They are probably much like everyone else, in that they desire their fair share of wealth and goods for themselves. That being said, the love that they have for their child is so great, that they will not hesitate to spend all that they have in pursuit of a life saving procedure for their baby. The parents may have two sets of competing personal interests (accumulation of wealth vs. an expensive, life saving procedure for their child), but they do not exert their influence to anywhere near the same degree. So it is with the talmid chacham. He may share many of the same personal interests that motivate the rest of us, but his personal interest in maintaining the integrity of the Torah exists in a wholly different dimension and exerts the influence that matters the most.

(It is worthwhile to note that the Chazon Ish is not suggesting that due to the talmid chacham’s acquired set of spiritual negios he will never come to sin. The Torah itself is filled with many examples of great leaders making sinful mistakes! Rather, the Torah is informing us that there are degrees to which a talmid chacham sins, and that the grave area of corrupting the Torah is beyond the normal talmid chacham’s sin threshold.)

Now, there are examples of sages corrupting the Torah, and the Talmud has a special name for such people — “megaleh panim ba’Torah she’lo ka’halacha” (literally, “revealing faces of the Torah that are not in accordance with halacha”). The Talmud declares that corrupting the Torah is such a heinous crime that such people lose their share in the world to come! Yet, such sinners are the exception, not the rule. When these people are discovered, and they are always discovered due to their track record of specious halachic rulings, their rulings as disregarded and we are left once again with a pure halachic record. The Chazon Ish is teaching us that the default position of a talmid chacham is an allegiance to Torah truth, and therefore we need not concern ourselves or suspect a talmid chacham of being in the minority.

Now, I can imagine your thoughts as you read this column. “How incredibly convenient for a rabbi to preach that we should trust the rabbis.” Unfortunately, there is little that I can do for you in the way of assuaging you of your suspicions. If the words of the saintly Chazon Ish are not enough for you, and if you’ve never had the merit of sitting in the dust of the sages of Torah, uncovering their nature firsthand, then there is nothing that I can say that will put your mind at ease. For just as the blind man cannot see colors, so it is that many will never recognize the true nature of the talmid chacham.

Why Should We Trust The Ancient Rabbis?