Is Israel Really Surrounded By Enemies? 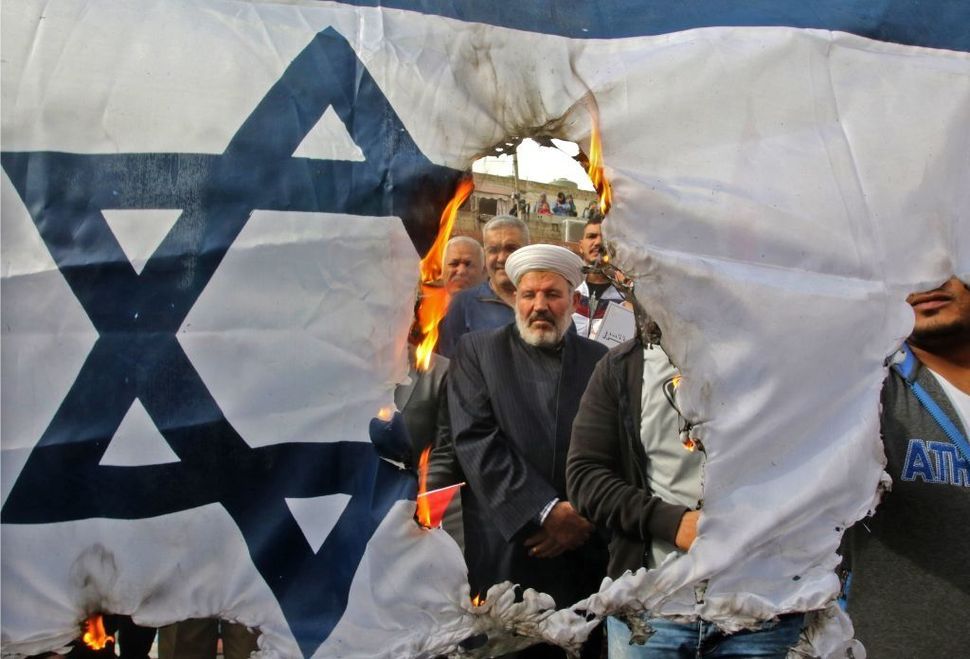 Protesters burn an Israeli flag during a demonstration, organized by Hezbollah, in the streets of the southern Lebanese port city of Sidon on December 22, 2017, to protest against US President Donald Trump’s recognition of Jerusalem as Israel’s capital. Image by Getty Images 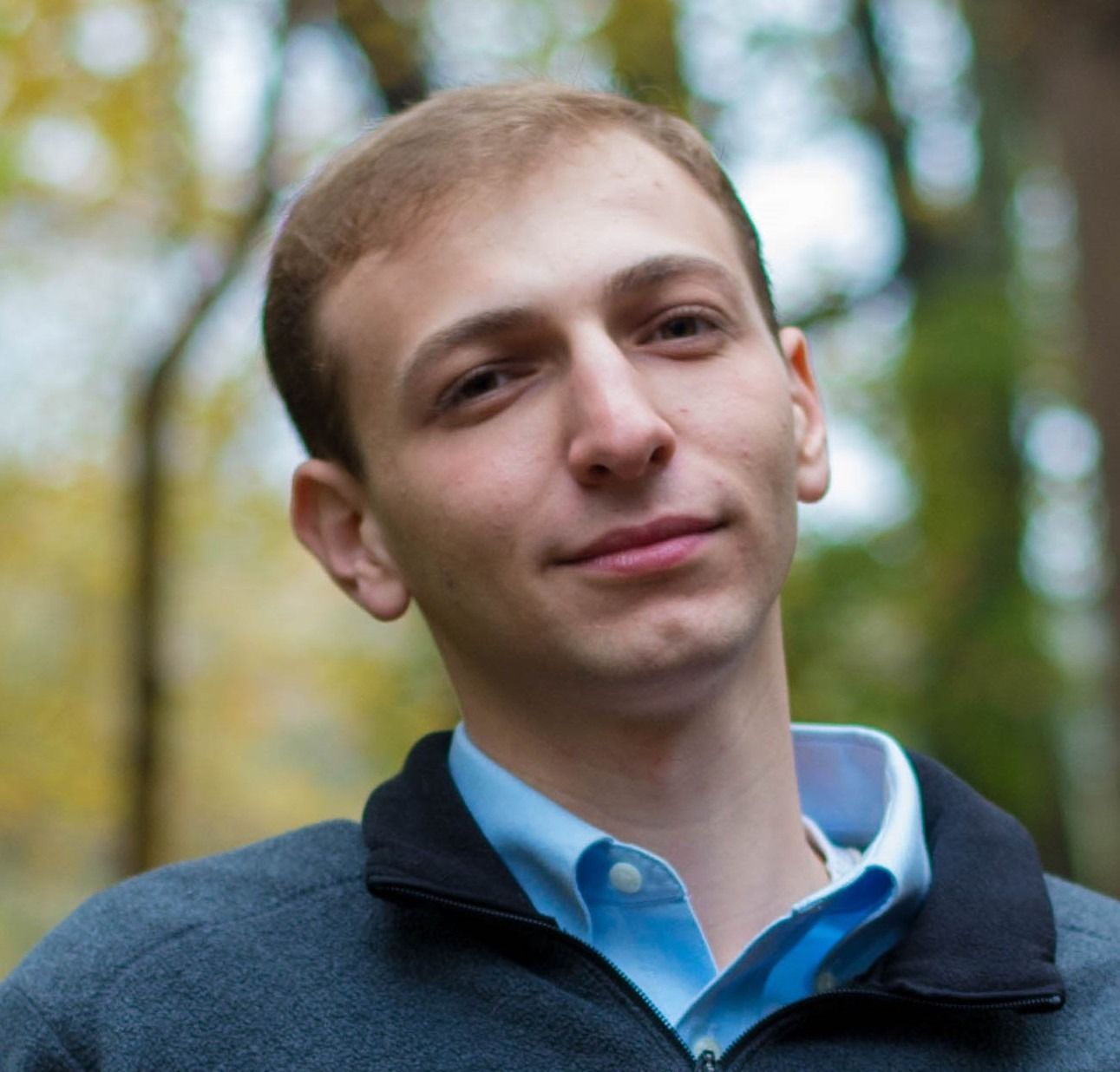 “Just look at the map,” my high school Jewish history teacher said. “There are dozens of Arab countries and only one Jewish one. We are surrounded by our enemies.” This narrative was how my high school friends and I looked at Israel and the criticisms leveled against it.

This argument is not only racist but outdated. As pan-Arabism died and Arab states reclaimed their original identities, Israel’s relations with its neighbors have changed dramatically. Whether it is their relations with those with whom they share a border, like Jordan and Egypt, or those countries on the periphery like Saudi Arabia, Israel has developed strong overt and clandestine connections with much of the Arab world. Israel has established itself as a military and defense bulwark in the Middle East, and is no longer under serious existential threat from the Arab world. In fact, as the Middle East encounters other regional challenges like ISIS, Iran and the Syrian refugee crisis, many Arab states rely on Israel for counter-terrorism resources, intelligence and military support. As the dynamics of the region change and the moderate Sunni states face off in a cold war against the “triangle of evil” — Iran, Turkey, and Islamic extremist groups, there are major incentives for Arab and non-Arab Muslim nations to normalize relations with Israel. As interest in the Palestinian cause wanes after decades of seemingly little progress or change and the end of intersectional Arab identity, Arab countries see the cost of engaging with Israel as much lower than the benefits.

Egypt is arguably the strongest ally Israel has in its immediate vicinity. Since signing a peace treaty in 1979, Egyptian-Israeli relations have been gradually improving. When al-Sisi rose to power five years ago, relations greatly improved. Israel and Egypt have a mutual understanding that both can conduct military operations against ISIS in what is supposed to be de-militarized zones, both have re-established diplomatic relations and embassies and Egypt has allied with Israel in their joint commitment to strangle Hamas and shut down the tunnel economy.

As the Syrian civil war rages on, many forget about the world’s largest humanitarian crisis — the civil war in Yemen. As the Saudi-Iranian proxy war intensifies and the Sunni-Shiite war continues, the countries in the Arabian Peninsula can’t afford more enemies. This has paved the way for clandestine relations between Saudi Arabia and the Jewish state. With those developments, the Saudis also bring their Arabian neighbors like Bahrain and the UAE into the fold. The shared interest in combating Iranian influence in the region has been a huge impetus for such relations and that same incentive will continue to exist for the foreseeable future. Because of this need, the UAE and Saudi Arabia seek to overcome the challenge of Palestinian statehood and offer official and overt normalization in exchange.

As Jordan encounters serious terrorism threats both internally and from instable neighbors, partnering with one of the most effective forces in counter-terrorism technology and methods is vital in its national security interests. Since the 1994 peace treaty, Jordanian-Israeli relations have been shaky, but three years ago Israel gifted Jordan attack helicopters and military equipment, an unthinkable deal even just two decades earlier. While there have been recent tensions over Israeli actions on the temple mount there is no serious threat to the national security of Israel from the Jordanian government.

Israel has underscored the necessity of stopping the arms trade through Southern Syria from Iran to Hezbollah in Lebanon. To do this, the Israeli government is providing medical, food, and financial aid to rebels in southern Syria. At the same time, NGOs have made massive efforts to help Syrian refugees and children impacted by the conflict. This will hopefully sway public opinion of Israel within Syria and help Syria work towards normalization.

Meanwhile, other states like Qatar, Sudan and many African countries have taken steps towards improving relations with other countries.

With the rapidly changing dynamics in the region, in the eyes of most Arab states, Israel’s existence has become an unchangeable reality. Even if not officially, Israel’s legitimacy has been established by the leaders of much of the Arab world. The above list is not exhaustive but represent a sample of state attitudes towards Israel. The biggest obstacle for these countries in making public commitments is their populations attitudes towards the Israeli occupation. However, even if Israeli Prime Minister Netanyahu does nothing to change the frustrating reality for Palestinians, the antiquated narrative of being surrounded by enemies no longer applies. Now that Israel has established itself as legitimate and strong, the next challenge it faces is creating a long-term solution to the Israeli-Palestinian conflict. Such a direction is difficult, but it is now the most vital existential threat to the existence of a future state. So the next time someone says, ‘Israel is the only Jewish state surrounded by Arab enemies’ the response can be ‘ending the occupation can solve that issue permanently’.

Moshe Klein is a political analyst writing about foreign policy, the Jewish world and anything worth reading. He is currently a senior at the University of Maryland and an opinion columnist at The Diamondback.

Is Israel Really Surrounded By Enemies?