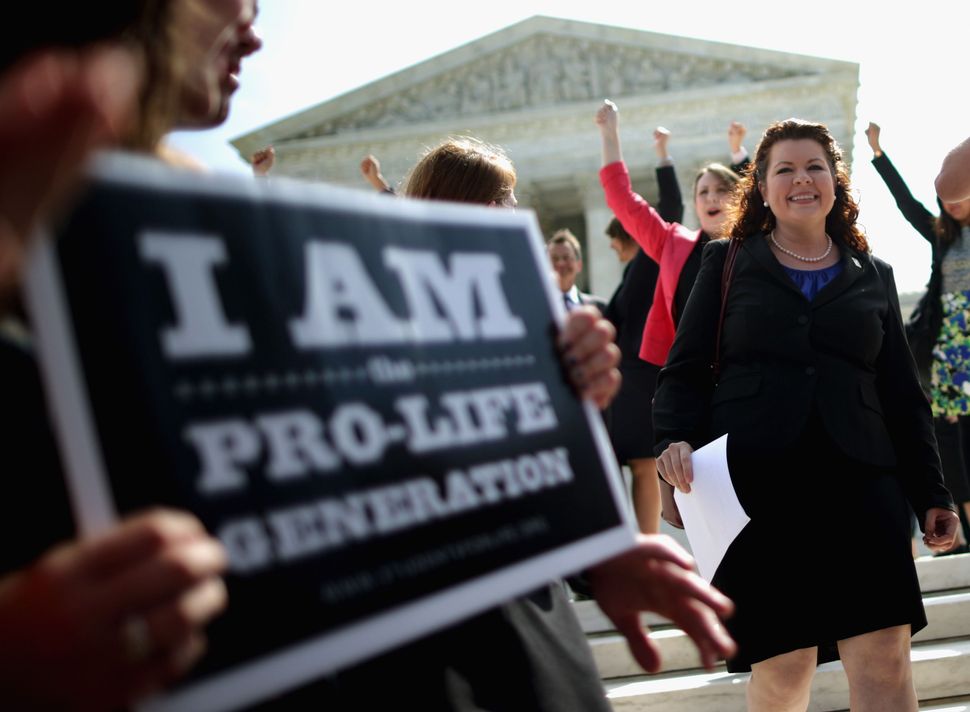 The First Amendment to the Constitution forbids the government to take actions “prohibiting the free exercise [of religion.]” The Free Exercise Clause should protect individuals. Society should not impose its beliefs on anyone. Government actions cannot stand in the way of a person’s religious practices. By the same token, an individual cannot impose his religion on others to deprive them of legal protection.

Sadly, the pendulum in the courts has swung from ignoring the rights of religious minorities to allowing groups to evade laws they do not like. A case a few weeks ago out of the U.S. Court of Appeals for the Second Circuit, which covers New York, Connecticut and Vermont, has taken the latest step in that direction Taylor v. New York Methodist Hospital.

Back in the day, Justice Antonin Scalia, who claimed his conservative politics had no bearing on his rulings, wrote the majority opinion in Employment Division, Department of Human Resources of Oregon v. Smith holding that the Free Exercise Clause did not exempt from a regulation denying unemployment benefits to drug users a man whose religion required him to smoke peyote. The Constitution prevents only specifically discriminatory regulations, Scalia said. I think the Smith case undercut the Free Exercise Clause, A regulation which has the effect of penalizing religious practice “prohibits” free exercise as much as a law specifically targeting religion. Accommodating Smith would not have compelled others to embrace peyote.

These days, the Free Exercise clause undercuts protections we should all enjoy under the law. Taylor concerned a claim of racial discrimination against the hospital. An employee in the Pastoral Care Department alleged that Methodist Hospital failed to promote — and ultimately fired — him in violation of the Civil Rights Act of 1964 .

The hospital successfully argued that the courts had no jurisdiction over the matter. Methodist claimed that, as a religious institution, it had the unlimited right to fire Mr. Taylor, a minister in the African Methodist Episcopal Church.The hospital invoked what the courts call the ministerial exception to the Civil Rights laws.

The United States Supreme Court articulated the loophole in Hosanna‐Tabor Evangelical Lutheran Church & Sch. v. E.E.O.C.. The Court ruled, understandably, that the Free Exercise Clause affects employment discrimination cases against religious institutions. A religious group has a special relationship with its clergy. A religious body reasonably insists on fidelity to doctrine and other religious requirements. Courts should not question when synagogues or churches decide that they need to replace their rabbis and ministers. To do so would interfere with religious observance.

Moreover, courts could not examine the defense to firing — that the employee strayed in religious views and his presence became incompatible with the organization’s functioning. Courts may not involve themselves in doctrinal disputes.

Once the Court articulated this correct theory, things went awry. The justices reached the wrong conclusion in the case.The ousted teacher, though a minister, taught secular subjects and had no religious function. Religious considerations would play no role here. In addition, the evidence showed that the school fired her because she had become disabled, a violation of the Americans with Disabilities Act. A unanimous Supreme Court opened the door for religious employers to discriminate.

The Second Circuit stepped in. The majority relied on the name Methodist Hospital and its original religious identity. The majority pointed out that several Methodists sit on the board of trustees. However, despite its name, Methodist Hospital, a member of the (Cornell and Columbia) New York-Presbyterian Regional Hospital Network, has become a secular institution, and advertises itself as such. The dissent pointed out that even the Pastoral Care Department counsels all patients and does not even employ a Methodist.

The courts could have adjudicated the case in a secular manner. They would not have to delve into Methodist religious doctrine in Taylor’s case. Instead, judges would look to patient and colleagues’ complaints and the history of minority employment and advancement at Methodist Hospital. The Supreme Court stretched the concept “minister;” the Second Circuit the category “religious” institution.

At a time when conservatives use the First Amendment to get out from under laws they disagree with, the courts should not allow social service agencies to discrimination against Jews and other minorities.