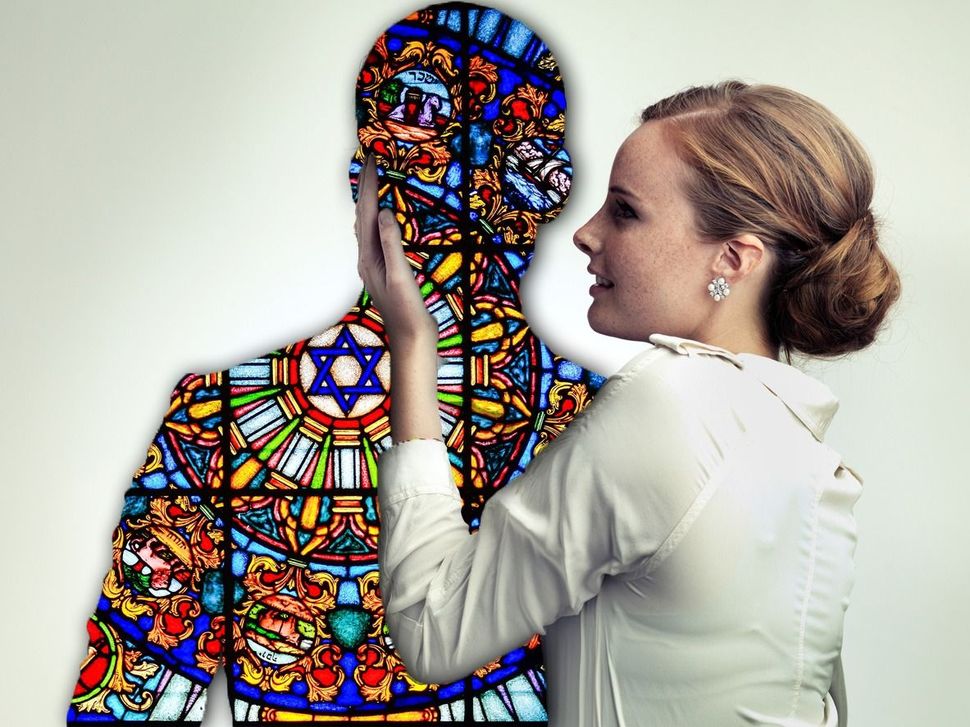 Carey Purcell was cemented into Jewish Twitter history when The Washington Post published her op-ed, “I am Tired of Being a Jewish Man’s Rebellion.”

With no consideration of the complex nature of romance or any analysis of her own shortcomings, Queen Christina Becky Gilmore dove straight into a millennia-old tradition — blaming the Jews.

Purcell’s piece can only be described as the journalistic manifestation of the iconic Kim Kardashian cry. It was pure anti-Semitism and toxic white feminism. For one glorious day, all of us Jews shared one opinion — Purcell sucks.

Her glorified diary entry incensed me, because I’ve seen white women like this all my life. This op-ed is a universal testimony to the audacity of white women who fetishize men of color (Black, Latino, Asian, Middle Eastern, Jewish, etc.) and then ferociously blame and demean women of color when their relationships end. They have an inflated view of their own mediocrity, making them think they have an exclusive ownership of these men that trumps culture and history. As for us women of color, by our very existence, we are putting them out.

Purcell rails at her ex-boyfriend’s “overbearing” mother, who had the audacity to call Purcell once. The call made her feel unsafe, but Purcell then laments that she was not invited to the family’s seders. She literally did not want this woman to have her number, yet she wanted to run around her house looking for the afikomen.

This bizarre anecdote shows her goyishe sense of entitlement to Jewish spaces, bodies, and emotional labor. Only white women demean a culture, and still feel they have the right to be granted access to that culture. Only white women feel as though everything women of color do is threatening, even a simple phone call.

I can’t tell you how many times my D.C. accent and African-American Vernacular English has made a WASPy woman almost jump out of her seat in fear. Recently, I went to a happy hour where someone claimed that my side of the table was “like a Maury episode.” And when my female Jewish friends and I joke in public, inevitably someone will point out how “Jewish” we are acting. By that, they mean loud and aggressive.

Instead of analyzing the intricacies of interfaith relationships, she blames everything on her exes’ “cultural and familial obligations,” i.e. their bitchy Jewish mothers. Not only does this disempower the men, who surely had their own minds, but it reinforces stereotypes about angry minority women whose bitterness prevents their sons from reaching their goal – a bottle-blond WASP woman who writes like an even shittier version of the shitty person Rory Gilmore became.

Purcell writes, “At first glance, I fulfill the stereotypes of a white, Anglo-Saxon Protestant (WASP). I’m blond, often wear pearls and can mix an excellent, and very strong, martini. Manners and etiquette are important to me, and when I’m stressed, I often cope by cleaning.”

She meant this as a witty, self-deprecating, and preemptive strike against the taunts of mean black Jewish girls like me. However, like the rest of her article, this was an epic failure since she only reveals more her own stereotypes about people of color. By her standard, we can’t have light colored hair, can’t afford pearls, are rude, and mostly likely root our snouts in our own filth.

Purcell blames the dissolution of her relationships on the shoulders of other Jewish women, like her exes’ mothers and the women who became their wives. I am sure that she also considers those shoulders to be hairy and hulking, unlike her own petite Aryan ones with a light dusting of wispy blonde corn silk.

Her essay is a Taylor Swift-esque punishment upon these men for making what she sees as a cowardly and absurd choice to marry women with a similar background. She strips her exes of their agency to explore their culture and determine their own identities. The mocking way she describes their spouses as “nice Jewish girl[s],” shows that she sees Jewish women as an inferior substitute for her own thrilling, exotic company.

Throwing in those statistics about the high rates of intermarriage between Jews and non-Jews was her desperate attempt to sound authoritative, but all I heard was, “everyone else has their very own Jew! Where’s mine?”

I like to think this was the moment she reviewed her essay and added these numbers to make it sound less like 1933 Germany.

Has she ever stopped to think that the high rate of intermarriage is a valid concern for many Jewish communities? Did she stop to have compassion for Jewish women, and other women of color who are seen as less desirable because of the prevalence of negative stereotypes? As she hedged around the question of how she would have raised children with these men, did she research how many children from interfaith marriages personally identify as Jewish? Does she understand that our population is small due to genocide and cultural assimilation, so some Jewish people don’t have any choice but to marry a non-Jew?

Of course she didn’t, because in Beckyverse, the only thing that matters are Becky desires, and the perspective of 14 million individuals be damned. Purcell illustrates what women of color – especially black women – have been upset about for decades. Personally, I’m dedicating each Twitter roasting of Purcell to the amazing, beautiful black women who have watched as average white women got dates with black men while they stayed alone in their dorm rooms. I’m dedicating each satirical takedown of this piece to women of color who have been told they either had “too much attitude” or were “too traditional.” And in the spirit of Midge from The Marvelous Mrs. Maisel, I’m dedicating this piece to every Jewish woman who has been left behind for a Methodist version of herself.

As someone in an interfaith relationship, I call absolute, total, utter, steaming bullshit on this whole fiasco. Casey, beloved, they didn’t break up with you because of Judaism. They broke up with you because you are a privileged, whiny anti-semite. And that ending line about the bacon? Now, where are those manners of yours?