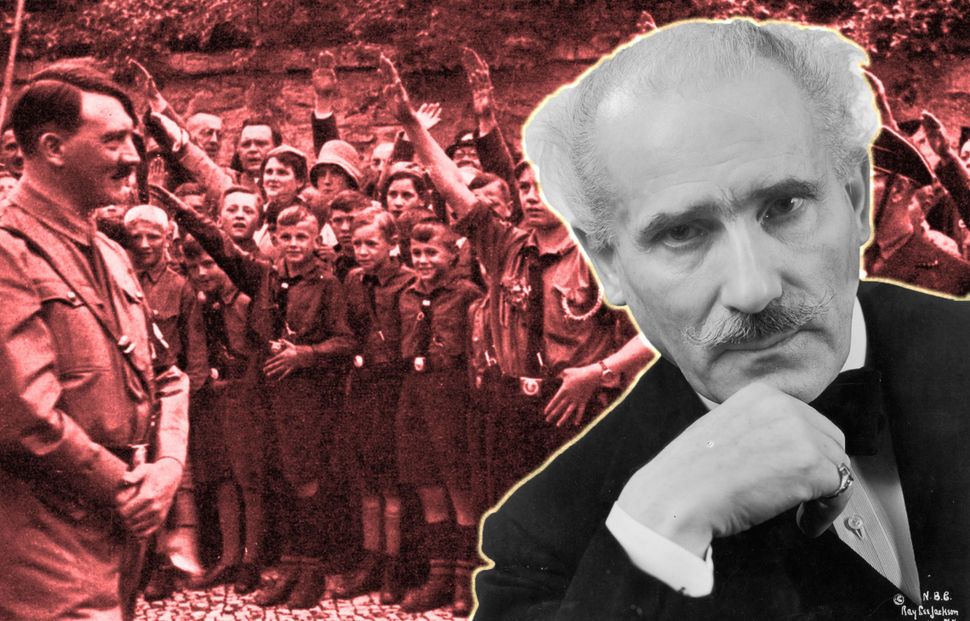 In the space of 24 hours, the Jewish world saw a singular exhibition of political cowardice that may endanger the lives of unfortunate refugees. After seeking to deport thousands of Africans from Sudan and Eritrea who fled for their lives to Israel, Prime Minister Benjamin Netanyahu and the United Nations reached a compromise. Half the refugees would resettle in the West and half would remain in Israel.

But then, facing pressure from his right-wing coalition partners and members of his LIkud party, Netanyahu cancelled the deal. The prime minister, plagued by multiple investigations into his and his wife’s corruption, decided that to save his career at the cost of human decency.

These events stand in stark contrast to the time when the brave few stood up against the evils of Fascism and Naziism perpetrated by the authorities against Jews. These individuals decided that saving lives took precedence over their careers. I refer in particular to a well-known individual whose heroism is not often discussed: the world renowned conductor Arturo Toscanini.

The book Toscanini Musician of Conscience, published last year, reveals for the first time the full extent of Toscanini’s heroism during the dark days of Mussolini and Hitler. Harvey Sachs argues that the conductor receives insufficient recognition for his courage. Sachs proves his case.

Most experts regard Toscanini as the greatest conductor of the twentieth century. Millions hailed him in his lifetime. Indeed, having conducted at La Scala, the Metropolitan Opera, the New York Philharmonic and the NBC Symphony Orchestra, Toscanini made a major mark on music. His records, cassette tapes and CD’s have become collector’s items to generations of symphony and opera buffs.

Lesser known today than his musical triumphs, Toscanini’s uncompromising opposition to totalitarianism stands out as remarkable. His colleagues at the upper echelons of the world of classical music, Wilhelm Furtwängler, Richard Strauss and Hans Knappertsbusch, performed under Nazi auspices. They lived comfortable lives and their careers moved along as a result.

Herbert von Karajan, one of the premier conductors after the war, went even further and joined the Nazi Party. He profited from his treachery. He made his breakthrough in 1937 with the Berlin Philharmonic and the Staat Opera. The Nazis had driven Otto Klemperer, the Jewish conductor of the Staat Opera, into exile in 1934.

Toscanini paid a price for his defiance. He refused to play the Italian Fascist anthem before his performances. Fascist thugs beat him. Mussolini spied on him. Toscanini quit conducting at prestigious music festivals (Bayreuth and Salzburg) as Germany and Austria became dictatorships. He denounced those governments in explaining his refusal to conduct. Well before the Anschluss he warned skeptical Jewish colleagues to flee Austria. Bronislaw Huberman, founder of the Israeli Philharmonic, took heed.

The Nazis and Fascists banned him from performing. Instead, Toscanini conducted concerts in bordering countries. These performances drew large numbers of influential people, including the Crown Princess of Italy. He showed the world the moral bankruptcy and weakness of his tormentors and gave others courage.

To ease the economic plight of Jewish musician-refugees, Toscanini traveled to Palestine in 1936 and helped establish its philharmonic orchestra as the world-class ensemble it remains to this day. His concerts there also raised the morale of those who fled the Nazi onslaught. He accepted no money. He donated anonymously to organizations supporting impoverished Jews

Finally, in spite of his very early flirtation with Mussolini, who at that time espoused mild populism, Toscanini criticized Il Duce’s anti-Jewish laws. As a result,the dictator revoked his passport. It took an international outcry to pressure Mussolini into allowing Toscanini to go into exile.

While we remember Toscanini’s musicianship to this day, people have largely forgotten his heroic political actions in the face of tyranny. His name lives on in Israel where streets in several cities have been named in his honor. Jews in the United States should learn about his bravery and honor that memory by emulating his behavior. We do well to keep alive Toscanini’s story as darkness spreads across the globe and, unfortunately, even in the United States.