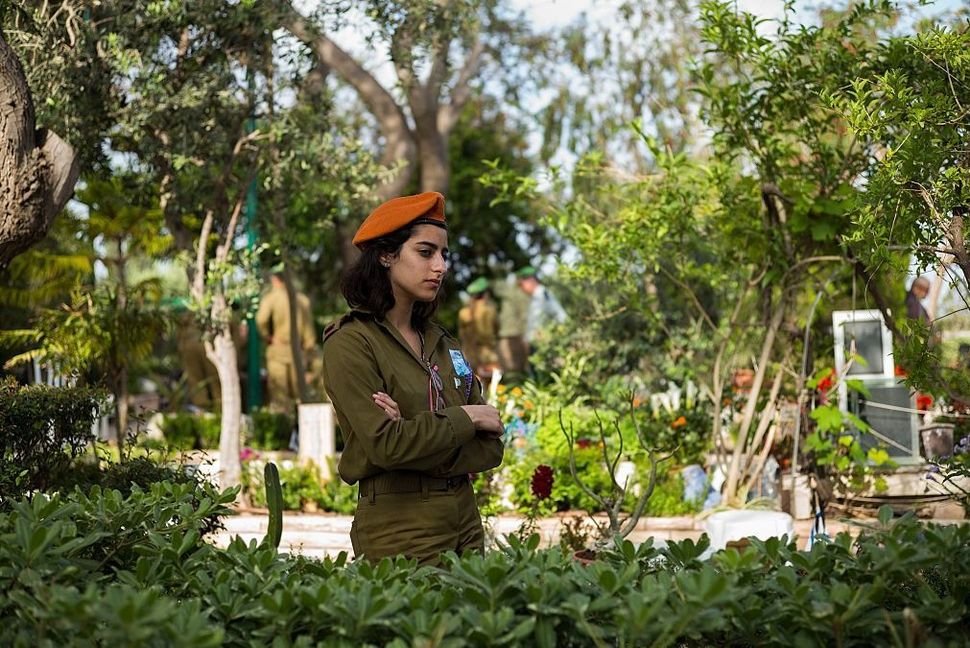 Visitors pay their respects at the military grave yard on April 22, 2015 in Tel Aviv, Israel. Israelis today celebrate ‘Yom Ha’atzmaut’ marking the 67th year since the independence of the Israeli State. Image by Getty Images 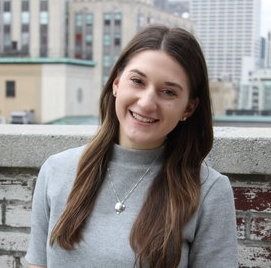 One of the most interesting concepts in Judaism to me is that all good things are bittersweet. For every triumph, there are roadblocks; for every celebration, there are sacrifices. It’s for this reason that at a Jewish wedding, the happiest day of a couple’s life, the chatan (groom) stamps on glass under the chuppah (wedding canopy) — to remember that even in this time of pure joy, it’s still our responsibility to remember the destruction of the Beit Hamikdash (temple) that occured 2,000 years ago. It’s for the same reason that when those newlyweds move into their new home, they section off a corner of the house to not be painted, in a tradition known as zeicher l’churban (remembering the destruction.) According to zeicher l’churban, you leave a one cubit by one cubit (about 18 inches by 18 inches) square of wall in your home without paint, plaster, or wallpaper as a remembrance.

The most striking example of this notion is even more extreme than both the breaking of the glass and zeicher l’churban. It’s the dramatic calendar dates of the holidays Yom Hazikaron and Yom HaAtzmaut. Yom Hazikaron, Israel’s Remembrance Day, is the day before Yom HaAtzmaut, Israel’s Independence Day. On May 14 on the Gregorian calendar and Iyar 5 on the Jewish calendar (April 18-19), Israel is turning 70 years old. Schools and synagogues worldwide will be celebrating the official recognition of Israel as a state. But it’s the day before these celebrations begin that’s the interesting date. For all of the circle dancing, Judaism dedicates a day to remember Israel’s fallen heros. And not just any day — the day directly before the happiest day in modern Jewish history. On the fourth of Iyar, cars in Israel stop for a full two minutes while a siren blasts to pay respect to the fallen. The very next day, those same cars drive to parties celebrating Israel. This is clearly no coincidence.

It seems that it is not only a nice idea, but necessary in Judaism to to remember the good and the struggles practically simultaneously. This year, there is a new initiative to honor the fallen this Yom Hazikaron/Yom HaAtzmaut. Yizkereim: Honor Israel’s Fallen, a project of Olami, an organization promoting Jewish life on campus, is preparing for Israel’s 70th anniversary by remembering the 23,362 people who perished defending and protecting the state of Israel. Honor Israel’s Fallen is a project that allows participants to learn about a fallen soldier and perform a positive action — an act of kindness, service, learning, prayer, or give tzedakah (charity) — and post about it on the website as well as on social media (with the hashtag #honorisraelsfallen.) In this way, families of these fallen heroes will see the deeds performed on behalf of their loved ones on the website. On social media, participants will tag friends and challenge them to participate as well, thereby exponentially increasing participants, much like the Ice Bucket Challenge to increase awareness of ALS in the summer of 2014. A virtual candle displays on each hero’s page for every action pledged, and a digital file of all actions will be kept at Mount Herzl, the site of Israel’s national cemetery and other memorial and educational facilities.

As is written in Kohelet (Ecclesiastes), “Everything has an appointed season, and there is a time for time for every matter under the Heaven. A time to give birth and a time to die; a time to plant and a time to uproot that which is planted.” There is a time for everything. And is the case with the breaking of the glass, zeicher l’churban, and Yom Hazikaron/Yom HaAtzmaut, sometimes the appropriate time to celebrate and mourn is simultaneously.

Ilana Weinberger is a new resident of the Upper West Side. She holds a B.S. in Applied Psychology from NYU.