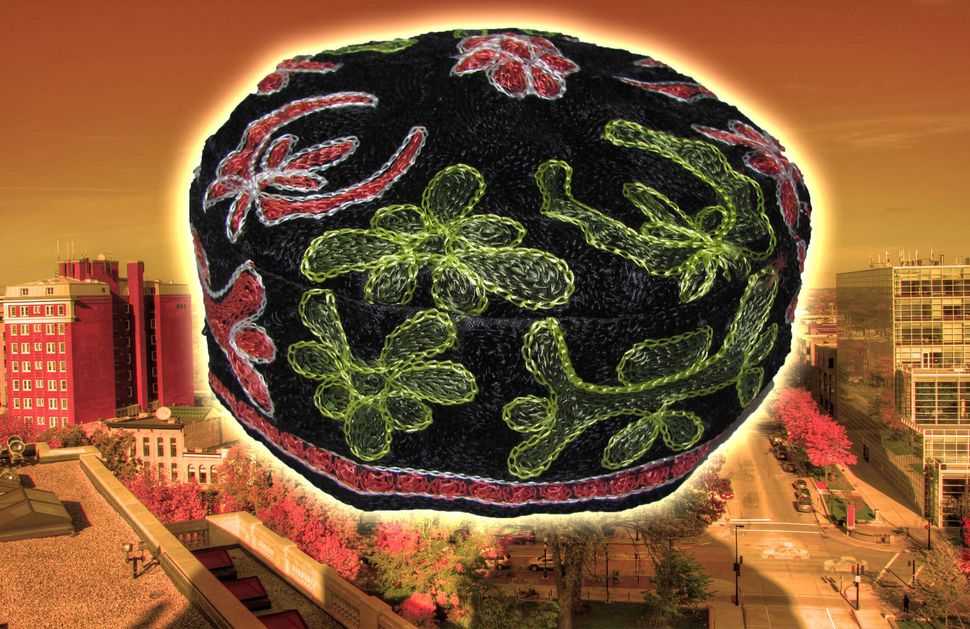 Wearing a yarmulke in an area with few Jews can attract a lot of attention. 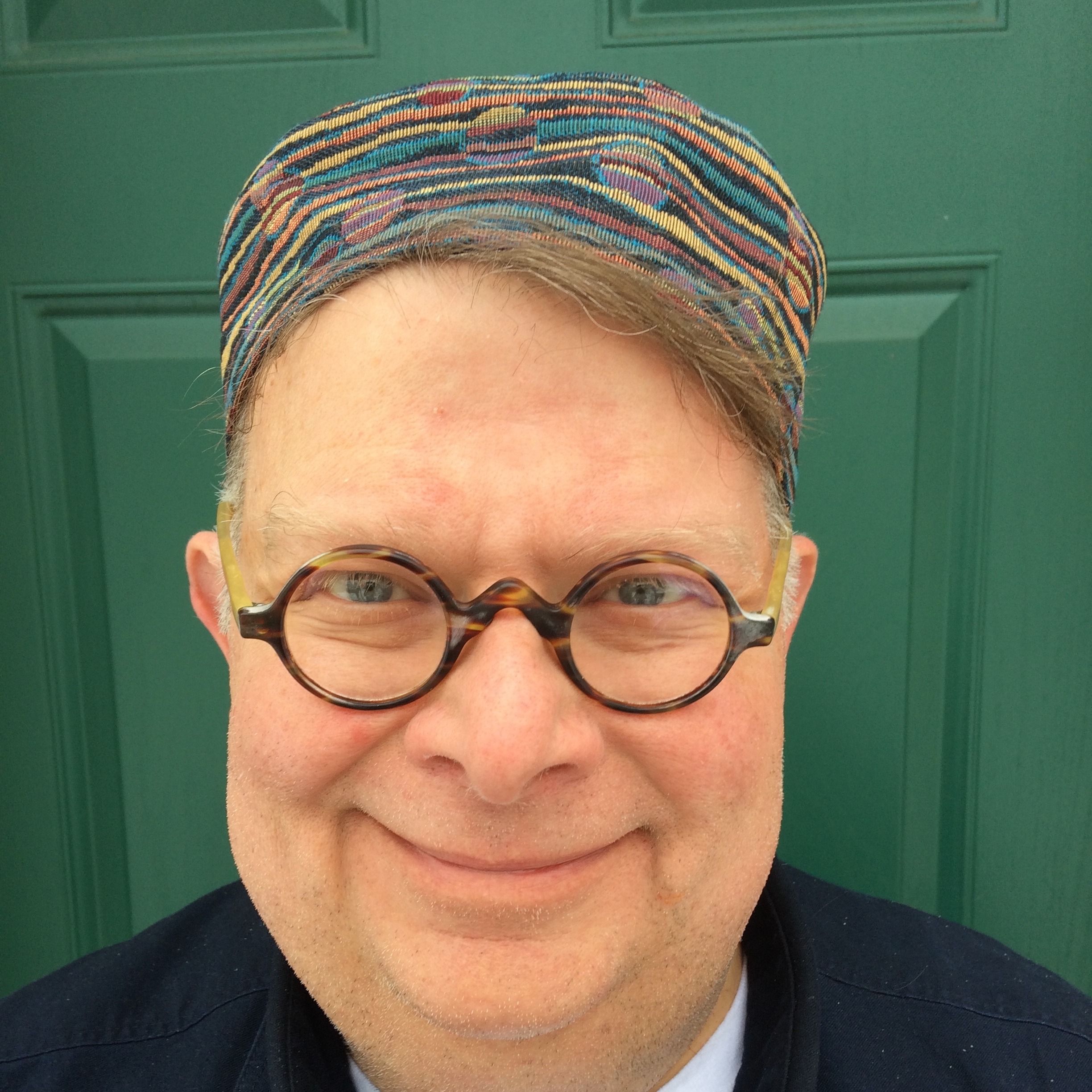 On Wednesday, November 9, 2016, I decided to wear my kippah full time. It was the day after America elected Trump and I decided I needed to make a religious and political statement to my fellow citizens to make them more sensitive to a minority. So I did. This is what I’ve learned in the year and the month since then.

The first thing you should know about me is that I’m a Brooklyn Jew-by-choice. To me this means that I may be a Jew-by-choice, but everything I learned about being a Jew was from the Reform, Conservative, and Orthodox members of the vast family I married into in Brooklyn. I was schooled by Jewish family members who had attended Yeshiva instead of high school and Rabbis who never knew whether I should count as part of the minyan. My uncle-in-law attended Yeshiva with Meir Kahane, so one might say, I’m a Jew with an attitude.

The next thing you should know about me is the world I live in. Yes, I attend Torah Study and services at our wonderful synagogue, but I spend most of my time as a cashier at the east-side Home Depot. Management didn’t care if I wore a kippah or not. Better still, when I asked my management for Shabbat off from work, they agreed in a heart beat. So, I have to say that management has been very considerate about how I practice my religion. But the customers I meet, well that’s a different story.

The final piece of information you should know about is the type of kippah I wear. I wear a type of kippah that originated from the Bukunin culture. It’s much bigger than a skullcap. It has sides to it. But most importantly to me, it stays on my head. It doesn’t slip around or blow off in the wind. And I think it looks cool too. By the way, Bukaria was a state of the Soviet Union in Central Asia. For some reason, the Soviets protected the Bukarian Jews and when the Soviet Union came to an end, all the Jews scampered off to Israel and Forest Hills, Queens.

But onward to my customers and their reactions to my kippah.

Here’s the most typical interaction:

Me: It’s called a yarmulke and I wear it because I’m a Jew.

And that’s pretty much as far as it goes. By the way, I say I’m wearing a yarmulke because there’s a much better chance the Christians that come through my line at the Home Depot have heard of a yarmulke but have never heard of a kippah. It makes the transition into my declaration that I’m a Jew a little bit smoother.

And the whole point of me wearing the kippah is that I want people to know I’m a Jew, that there are Jews in Madison and here’s one right in front of them. I don’t want Jews to be some sort of abstraction. I might be the first and only Jew they’ve ever met or ever will meet.

But then there are other customers with other reactions:

Me: It’s called a yarmulke and I wear it because I’m a Jew.

Me: Thank you for letting me know that. I appreciate it.

I’ve always felt that describing myself as “Jewish” was like rounding off the corners of my declaration and making it equivocal. The fact that this customer has something about “dirty Jews” floating around in his consciousness didn’t surprise me. It was nice that he wanted to give me advice but really wasn’t any of his business.

Another reaction I get is from the Christian Zionists:

This makes me pause and sometimes the customer will rush in with a follow-up question such as, recently:

Customer: Don’t you think it’s wonderful that Trump has recognized Jerusalem as the capital and is moving our embassy there?”

Me: Well, I sincerely hope it doesn’t cause any trouble for either side.

Me: Well… I think mistakes have been made on both sides.

But the really uncomfortable situations occur when the customer is a Christian-Zionist-Fundamentalist:

Customer: I love the Jews. It says in the Bible that we need to have Jews in Israel before the return of Christ. 10,000 Jews will need to perish and go to hell but the remainder have a chance to be saved.

What I want to say:

Me: It’s nice that you’ve included Jews in your Apocalyptic-Pagent but, if it’s all the same to you, I’d rather not have your support if it’s contingent on me being cannon-fodder for the Four Horsemen and Great Whore of Babylon.

What I really say:

Me: Thanks. I’ll pass that along.

During the Christmas season, I wish everyone a Merry Christmas because, … everyone’s a Christian so why not, and, besides, it’s a nice thing to do. This has caused only one incident when I was working in the Christmas tree lot at the store:

Customer: Aren’t you supposed to wish us Happy Holidays?

Me: I figured you were Christians because you’re buying a Christmas tree.

Me: Actually, I’m the Jew selling you the Christmas Tree.

I thought that wearing my kippah would help change things around me and, in some cases, it does. What I didn’t count on was how it would change things inside me.

Whether I wear the kippah or not, I’m always aware I am a Jew, but I don’t all the time take responsibility for being a Jew. Wearing a kippah has made me more conscious of how I behave as a Jew. Sometimes, when I don’t wear a kippah, I behave like a Jew in drag, someone who is in disguise as someone other than a Jew. Wearing the kippah makes me feel more responsible for actually acting like a Jew. I cuss less. I’m more aware of lashon hara. I try to make a good first impression. And I act with generosity. I try to be more forgiving so that others may act with more forgiveness to me. I try to be the Jew that Torah tells me to try to be.

So, overall, the year’s been pretty great underneath my kippah. I’m going to continue wearing it and see how things work out. And I can’t promise that I’ll be a better Jew as a result, but I can promise I’ll try.

Brian D. Johnson is a writer in Madison, Wisconsin and a member of Congregation Shaarei Shamayim.