Why Are We Still Honoring Nazis For Their Medical Discoveries? 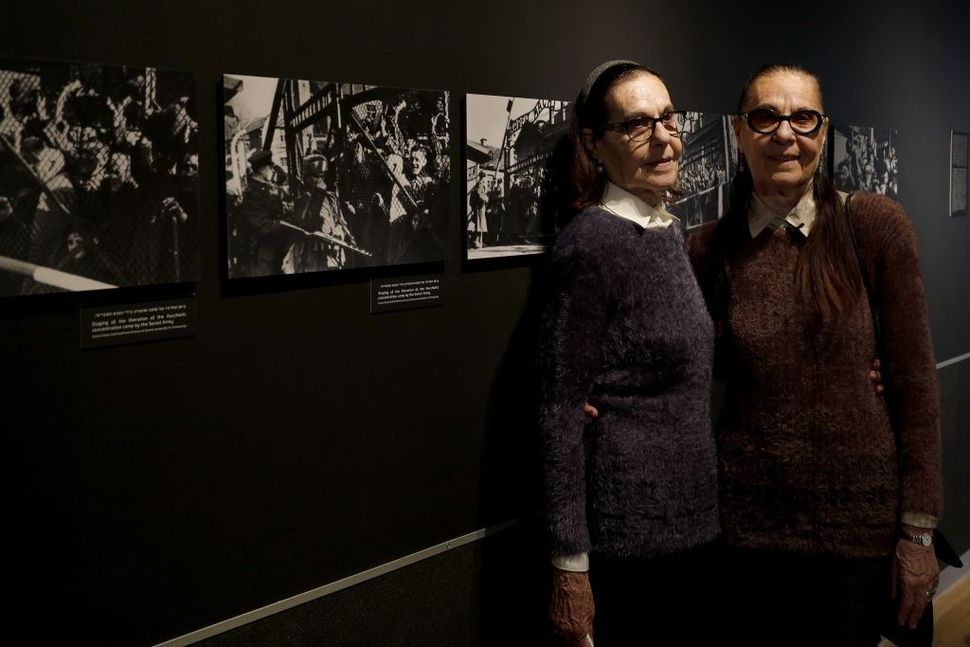 Israeli twins Lia Huber and Judith Barnea, who survived the holocaust and the experiments of the Nazi doctor Josef Mengele in Auschwitz, stand infront of pictures showing the liberation of the Nazi death camp by the Red Army in 1945, on January 24, 2018 displayed at a new photography exhibition ‘Flashes of Memory: Photography during the Holocaust’ at the Yad Vashem memorial in Jerusalem commemorating the six million Jews murdered by the Nazis during WWII. Image by Getty Images 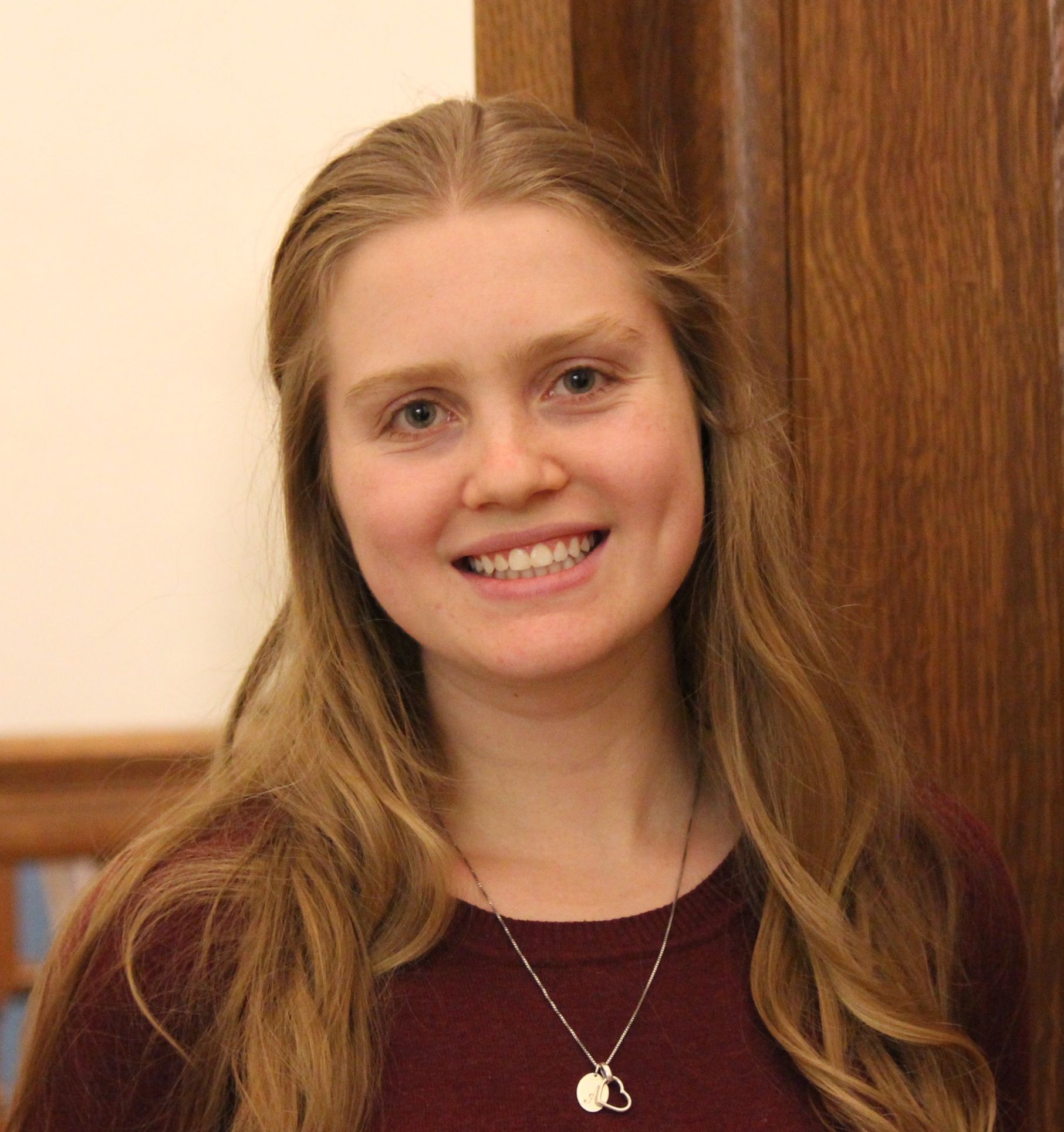 Medical eponyms, honorary names the medical community gives to those who make a medical discovery or create an invention in the field, are very common. They include Crohn’s disease, named after Burrill Bernard Crohn, one of the scientists who first published an exhaustive description of the condition about the disease.

But unfortunately, eponyms honoring Nazi scientists are also commonplace in the medical world today — and this must change.

Just a few decades ago my cousins, young twin girls who lived with their parents in Berlin, were abducted by Nazis, sent to Auschwitz and used in Josef Mengele’s sadistic experiments. Though Mengele was so evil and notorious that he was never honored with an eponym, several of his compatriots — such as Yusuf Ibrahim and Hans Eppinger — received this honor despite their known abuse of prisoners like my cousins. A quick survey of medical eponyms reveals more than a dozen that honor Nazi physicians and scientists active from the beginning of the 20th century.

Asperger syndrome, probably the most familiar medical eponym named after a Nazi, is a developmental disorder that is a subtype of autism spectrum disorder. Hans Asperger (1906-1980) was a vocal member of the Nazi Party. Asperger, along with other Nazi psychiatrists, categorized children for the Nazi eugenics program, which murdered over 5,000 children.

And Asperger wasn’t even the one who first identified the signs of this disorder. That discovery about autistic psychopathy was first made by almost identical to a piece published by a Russian Jewish psychiatrist, Grunya Efimovna Ssucharewa in 1925, almost two decades earlier. Asperger wrote about the syndrome in Archiv für psychiatrie und nervenkrankheiten, published in 1944 — without ever crediting Ssucharewa. The continued use of Asperger’s name for this disorder ignores not only his plagiarism but also the the horrors of his experimental work at Auschwitz.

The eponym Wegener’s granulomatosis honors Friedrich Wegener (1907-1990), a Nazi physician who conducted experiments on Jewish prisoners near the Lodz ghetto. The condition, also called granulomatosis with polyangiitis, or GPA or WG, is a severe form of inflammation of the blood vessels. Wegener was honored in 1954 with this eponym because he was an early, but not the first, describer of the disease. In 1989, despite his Nazi past, the American College of Chest Physicians awarded Wegener the Master Clinician prize. It took over a decade, and Wegener’s death, before this prize was rescinded. Some attempts have been made by various medical societies, including the American College of Rheumatology and the American Society of Nephrology, to change the eponym, but to date, these have not been widely successful.

The eponym Clara cells honors Max Clara (1899-1996). Clara cells line the airways of the lungs. An active member of the Nazi party, Clara proposed reforms German law to permit the scientific use of human cadavers without prior consent of the deceased or their family. Clara and his team used the bodies of Jewish prisoners, dead and alive, to conduct his experiments. Several medical journals, including the American Thoracic Society and the European Respiratory Society, have advocated for a change in this name, offering the name club cells instead. However, this effort is only partially successful: PubMed lists 3,271 publications that contain the name Clara cell, while only 1,671 contain the alternative name.

Reiter’s syndrome is a type of inflammatory arthritis that occurs when another part of the body contracts an infection. This eponym is named in honor of Hans Reiter (1881-1969). Over 250 people were murdered as a direct result of Reiter’s arthritis experiments on inmates at Buchenwald. Instead of condemnation, Reiter was honored with this eponym on reactive arthritis. Two physicians, D.J. Wallace and Michael Weisman, started the campaign to change the name of this syndrome to reactive arthritis in 1977. After decades of difficult advocacy, in 2007 the eponym for this syndrome was officially. Yet, 93% of medical textbooks still use the eponym.

Every day that we continue to use Nazi eponyms, we prolong the suffering of the victims of the Nazi regime and we obfuscate the truth about Nazi scientists. Discarding these honorific eponyms will teach physicians and patients about Nazi scientists’ active role in genocide and the Nazi experimentation. Abandoning these will show future generations that the medical community, worldwide, will never honor malevolent medical behavior again.

Ariel Cohen is a senior at Wellesley College interested in pursuing medical ethics.

Why Are We Still Honoring Nazis For Their Medical Discoveries?