How I Learned To Love My Jewish Curls 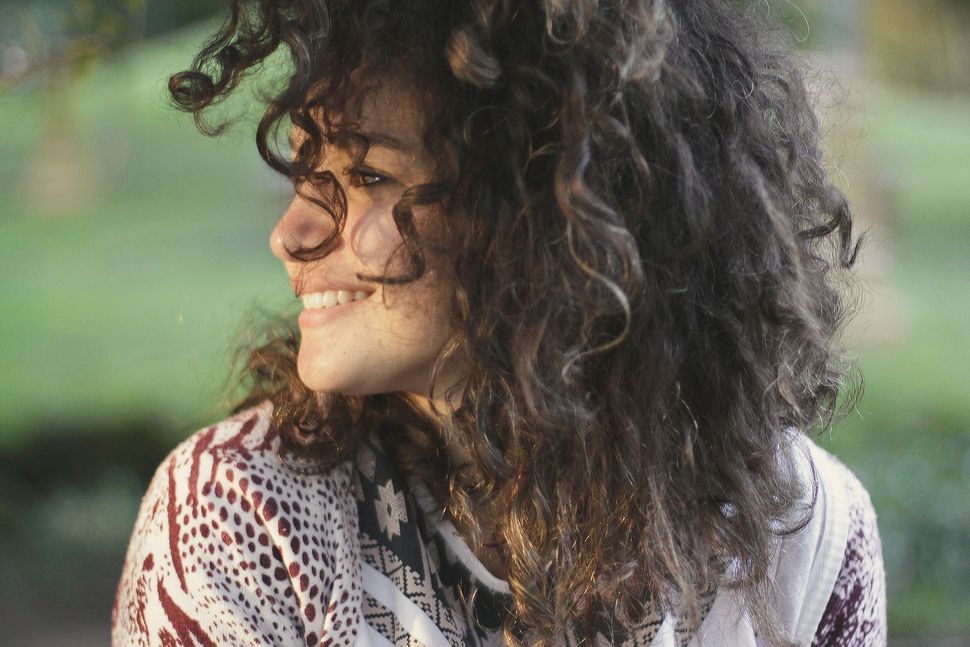 A version of this article was originally published in Plus61J, an Australian-Jewish publication.

I never really noticed my curly hair until we moved back to Australia. It was part of me, some days it behaved, others there was a lot of frizz, some products seemed to help more than others, but I didn’t spend a lot of time thinking about it.

I was sitting at a school parent evening and noticed that there were almost no other mothers with curly locks. I thought that this was a bit statistically weird considering that at most Jewish events there were always curls in abundance, a phenomenon most notable when we were living in Israel and New York.

It was only after I got to know the mums better that I realised a large proportion of them invested significant time and money to have their hair regularly straightened and dyed.

I began to wonder why so many of them opted to do so. I was particularly struck by this when I realised they were taking their daughters from a youngish age to also have their hair straightened. What were they communicating to their daughters about how they were supposed to look?

Why in Israel was this something so celebrated and natural yet in Sydney there seemed to be an almost cookie cutter look that was expected? Was it a way for people to blend in with “mainstream” society without being too overtly Jewish? I am not sure it’s even conscious, but I do think many Jews in the Diaspora don’t want to go out of their way to broadcast they are Jewish.

Of course, the notable exception to this is the ultra-Orthodox community that continues to dress very distinctly, particularly the men. Another exception is Jewish actor Seth Rogan, who proudly sports his “Jewfro”.

Wanting to blend in is not just a Jewish phenomenon. In researching this idea I discovered curlism. It’s a thing. Proponents of curlism, most notably the American singer Solange, argue that one should not change their natural hair because it is part of their identity.

In recent years African-American women in particular have encouraged women to wear their hair naturally as a means of asserting their ethnic identity and refusal to conform to idealized Western standards of beauty. While this movement gains momentum, African-American women spend a staggering $50 million annually on chemical hair straighteners.

This idea of fitting in with our perception of how society thinks we should look is certainly not limited to curly hair. Unfortunately the manufacturers of skin lightening cream have long benefited as well as plastic surgeons who routinely reshape Asian eyes to look bigger and more Caucasian, to mention just a few damaging trends. 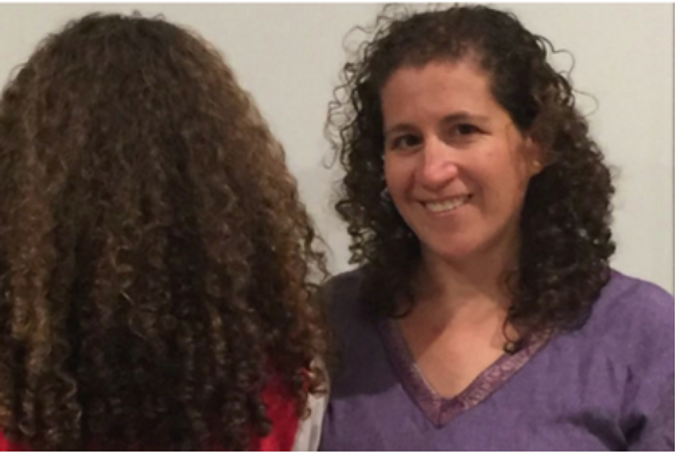 It’s taken me time to make peace with the fact that I will never possess ANY of the idealized attributes of Western beauty: tall, skinny, blonde, straight hair and blue eyed. Instead I have decided it’s important to embrace who we are and the diversity that we bring to the party: whether that’s Asian, Indigenous, short, fat, Jewish or otherwise.

I see my kinks and curls as a link to my history and ancestors passed down through generations. My decision to wear my curls naturally contributes to creating a more diverse community, enhancing my cultural identity and not just wanting to blend in with everyone else.

I am proudly Jewish, deeply immersed in the community here both socially and through work, speak Hebrew, made aliyah, kids are at Jewish schools etc, yet I recognise that even for me there are times even I am uncomfortable when people identify me as Jewish rather than me opting to identify as Jewish.

When I moved to Israel, being surrounded by men and women sporting curly hair was just one of the unexpected benefits of living in the Holy Land. Now I am back in the Diaspora I encourage others to embrace their natural hair. I recently joined a Facebook group for women with curly hair in an effort to try and tame some of the frizz.

I am astonished at the number of women who have never had natural hair, but have instead opted to straighten it for most of their adult lives and some since they were little girls. Seeing this online community support these women in this transition I decided to give a shout out to my community to embrace their curls too.

And while I am happy to advocate for curl power I have a new challenge, accepting the stray grey strands of hair that are beginning to pepper my head. So far I am not so sanguine about this phenomenon, but hope with time I will learn to also embrace this change.

Sharon Berger is Program Manager at the New Israel Fund, Australia. Prior to joining NIF, she worked at Shalom, organising Limmud and the Sydney Jewish Writers Festival. Sharon is a former journalist for The Jerusalem Post, Reuters, the Economist Intelligence Unit and the Australian Jewish News.

How I Learned To Love My Jewish Curls